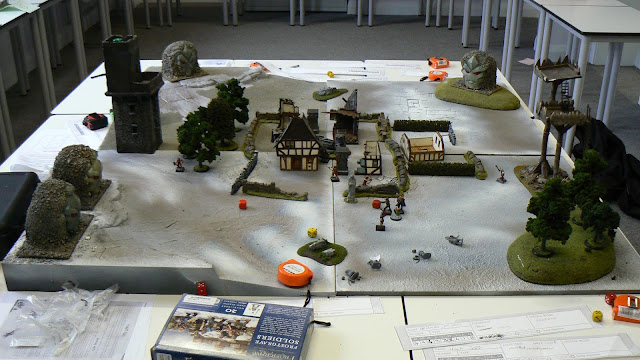 Another cracking little session which saw us blitz through 6 turns of Mordheim in under 50 minutes.

The objective this week was to find / rescue the child of a rich merchant who had got lost on the out skirts of Mordheim.

The Warband possessing the child at the end of turn six would be rewarded by the child's father. The reward would be doubled if they managed to get the kid off a table edge before the end of the game.

It was a nail biter right to the end as both Warbands charged round the ruined manor house desperate to locate the kid. 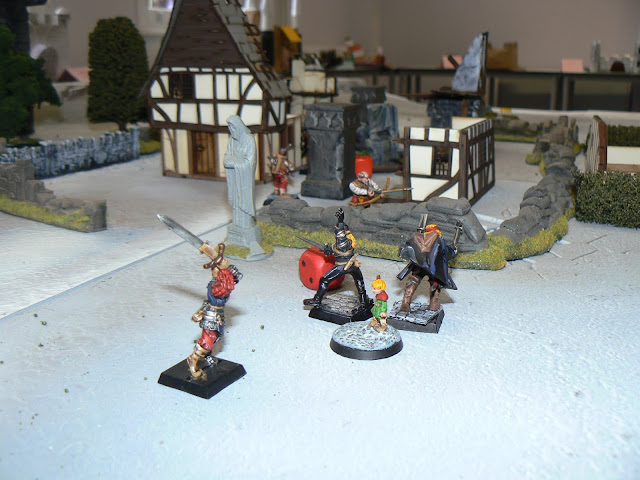 I had to nod in sage approval when the losing warband decided to try and kill the kid in the final turn to stop the other team earning the reward.

One thing that has been really interesting to watch is how the individual kids play to their own personal agendas.

For example one of the lads has not rolled a single attack die in 3 weeks!! He spent the first week hiding in a forest, the second week searching a building he knew was empty, for treasure and this week set up as close to the back table edge as possible. No matter how much his team mates encouraged, conjoled or shouted at him he refused to run towards the enemy.

It was only when his own team mates threatened to shoot his miniature full of arrows that he started to move!

Even then he took the longest route round the table and tried to convince the rest of his team not to shoot him as he was attempting a 'flanking manoeuvre!' 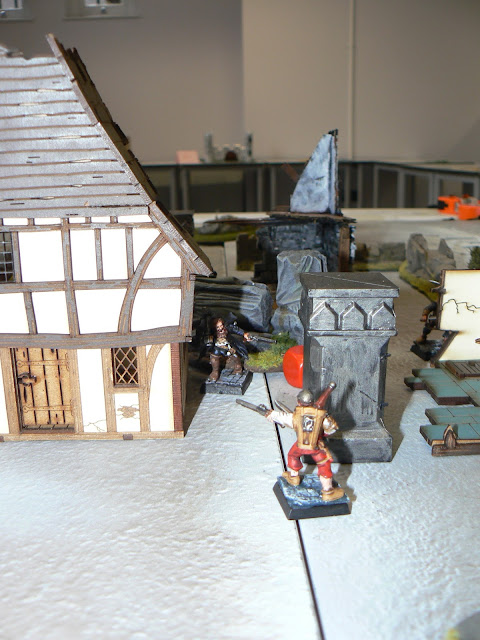 This is something which would never happen in a regular game of Mordheim as you control all the figures and they do not have free choice!