Just a quick one before a proper post tomorrow.

As is the case now days, only two of the kids had heard of WHF or 40K before entering the room, but left the room foaming at the mouth and asking me where they could get the game!

Did not take any photos during the game due to Child protection reasons  and if truth be told I would have struggled to take any photos anyway due to trying to get ten kids to boil through a game of Mordheim in under an hour!

Anyway here is the board. 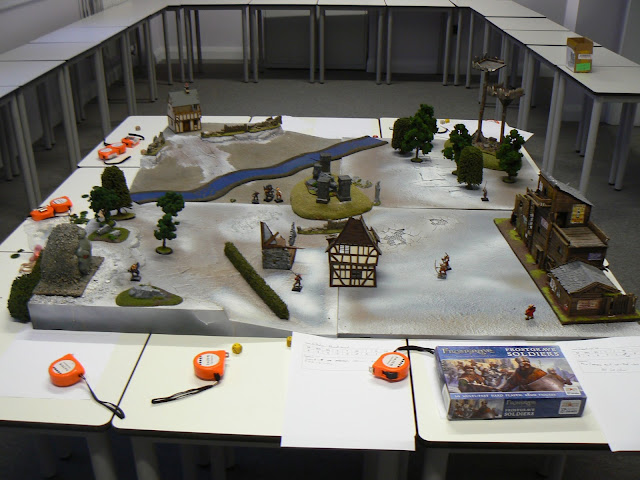 In the end I settled for giving every kid a noble profile so they had half a chance of hitting stuff etc and everyone got 2 wounds so no-one was sitting out after the first turn.

I set the warbands and limited the amount of ranged weapons so the kids were forced to lock horns.

I gave each Warband the same varitey of equipment (i.e. one great sword, one archer, one swordsman etc) and each kid took one figure each and operated as a 5 man warband.

This REALLY helped keep the pace of the game flying along.

This is a shot of the end of the game! 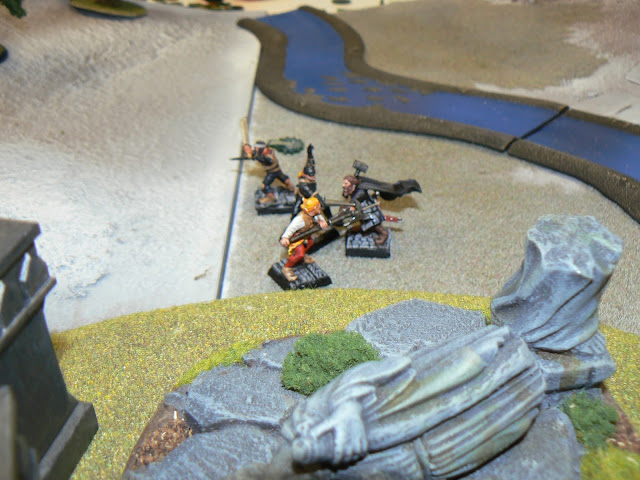 I will not let the kids make their own warbands due to the time constraints. What I figure I will do is keep the warbands as they are and set the kids missions to achieve each game (find the treasure, kill the Ogre, etc.).

The winning warband will then earn coins to buy and personalise their own equipment. I will also have them gain EXP over the games so their profiles will progress over the coming weeks.