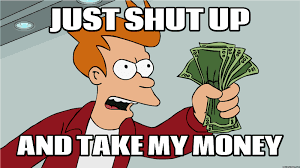 BloodBowl and Space Hulk both being released before Christmas!


Damn I hope my kids are not expecting any presents this Christmas!!

Or maybe I can convince the Wife she really wants miniatures for Christmas.
Posted by riot ville at 12:07 10 comments: 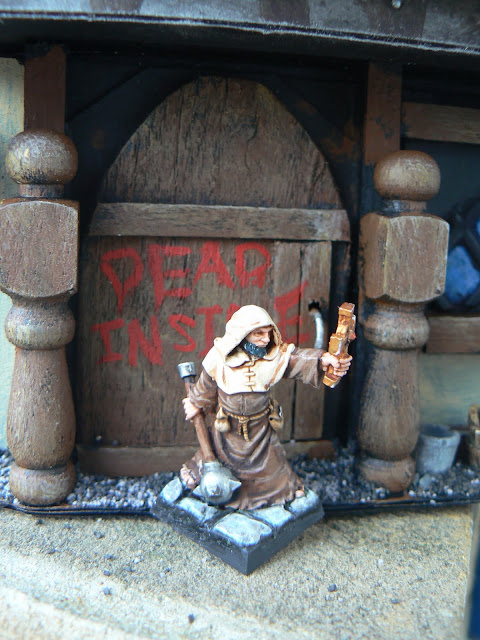 Actually had some hobby time this weekend which is the first time in what feels like bloody ages.

I did want to finish some thing in one sitting so pulled out this Heresy (I think) miniature from my brothers lead pile. This is a candidate for a future Witch hunter warband. 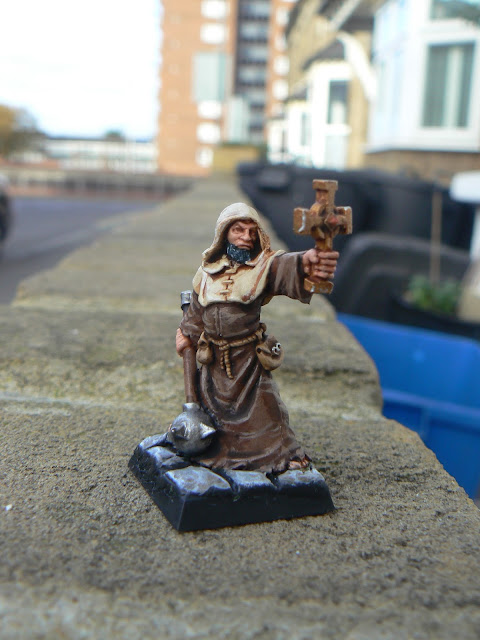 It is a simply lovely sculpt and was a pleasure to paint.

It was so nice I did not even feel the need to paint eyes on the figure and thats saying something for me! 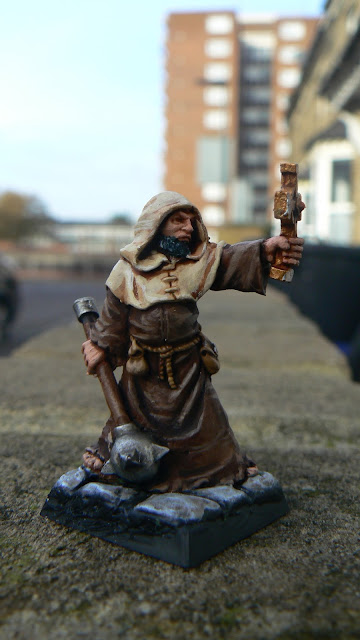 That is a nice thing to say as my brother seems to have a knack of finding minitures which are absolute pigs to paint. Even when he finds a good sculpt (like his Scibor stuff) he asks for outrageously difficult paint jobs!! 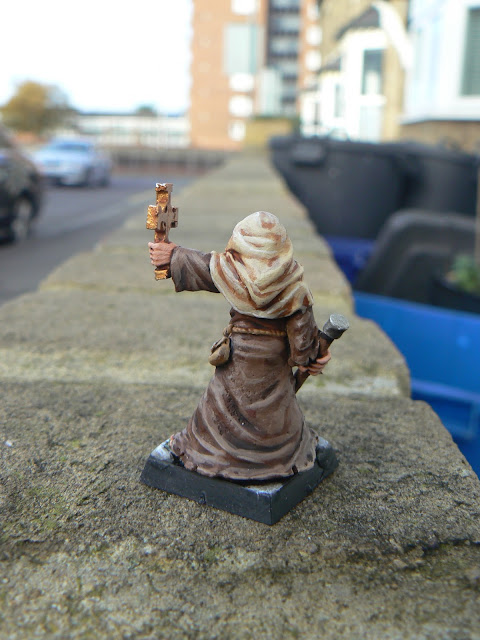 This time I did not even bother to ask him what he wanted and just gave the figure a brown primer and then went from there.

Personally I think the brown / Menoth white combo is a winner! 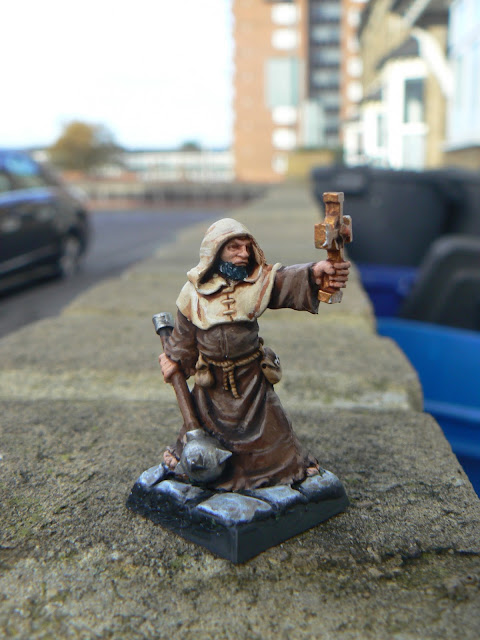 In other news I also painted up a scratch build I made earlier in the year. 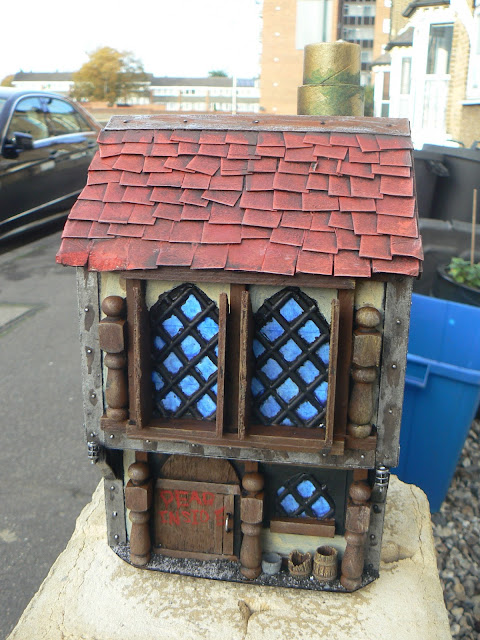 Made completely from scratch.

The stone effect is via some textured wall paper I found for cheap in a hardware store that was going out of business. 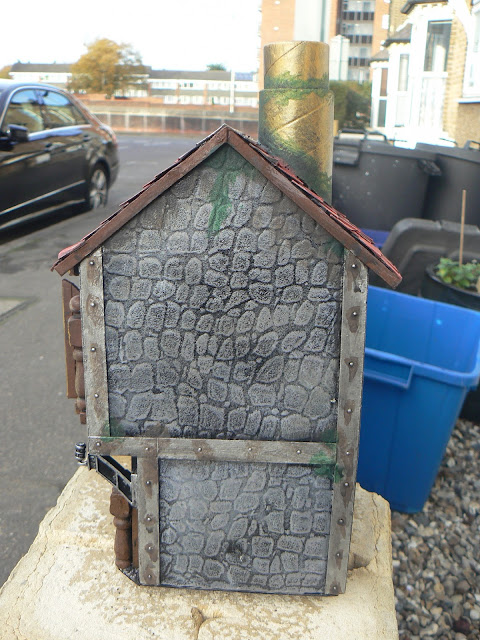 The tiles are made from cereal packaging I spent FAR too long cutting up and glueing on! 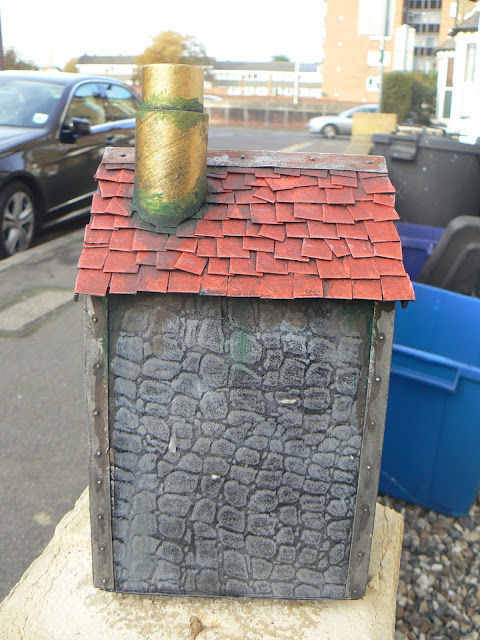 The ironwork on the corners is just more cereal card with pins pushed into it the make the rivets. 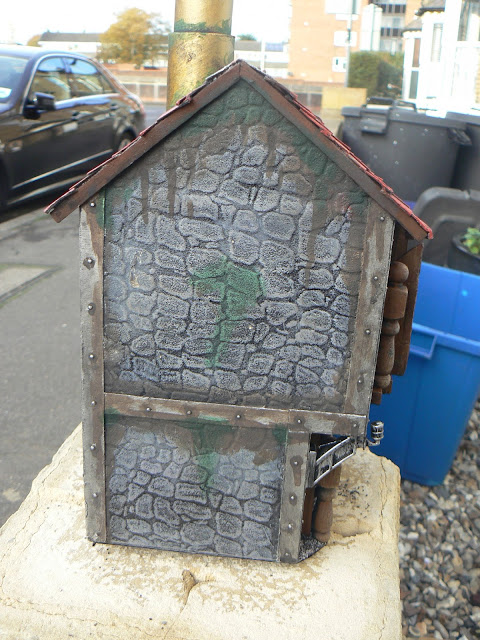 The window leading is made from the things you put between tiles when grouting. 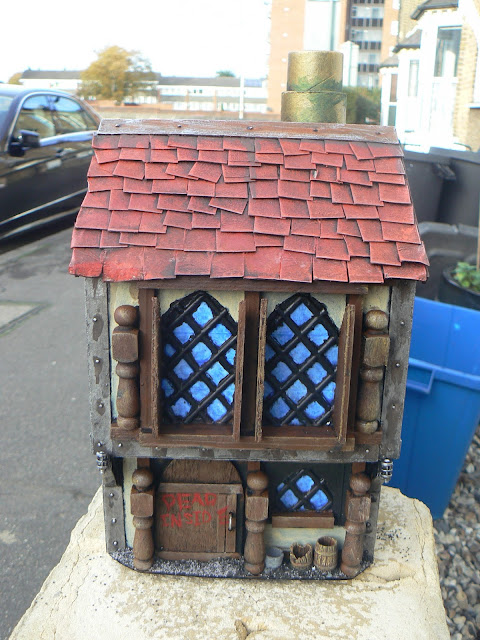 The chimney is just some card tubing that happened to fit inside another piece of card tubing.

The wood details are from a set of doll house stuff I picked up super cheap at a toy auction.

Looks half decent (considering it cost me pennys to make) once it got a coat of paint.

I will probably add some tuffs of grass to the back and side to break up the stone work and might print out some Mordheim themed posters to stick on the sides but for now I am calling it done. 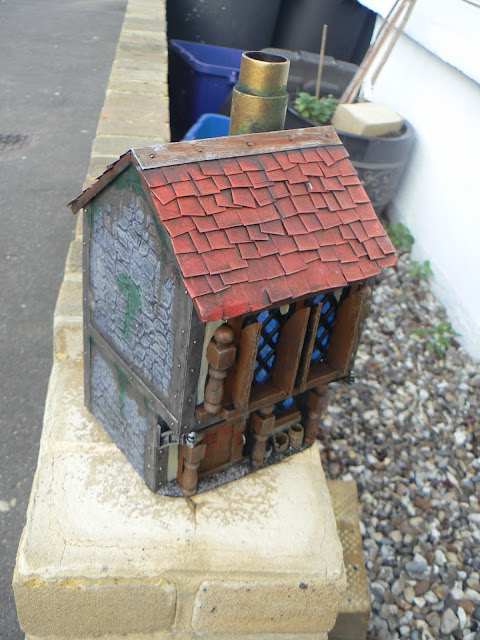 I was feeling really pleased with myself until I put it up against a miniature and realised I had made it far too big!

To try to counter this I placed some 28mm scale barrels etc on it to hopefully make it look more appropriate if it is seen in the background of photos. 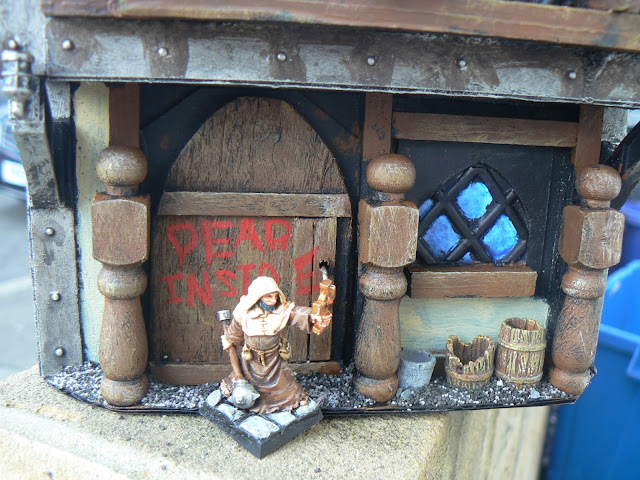 Trouble is I made two of these at the same time so the other house is probably just as oversized as this one. 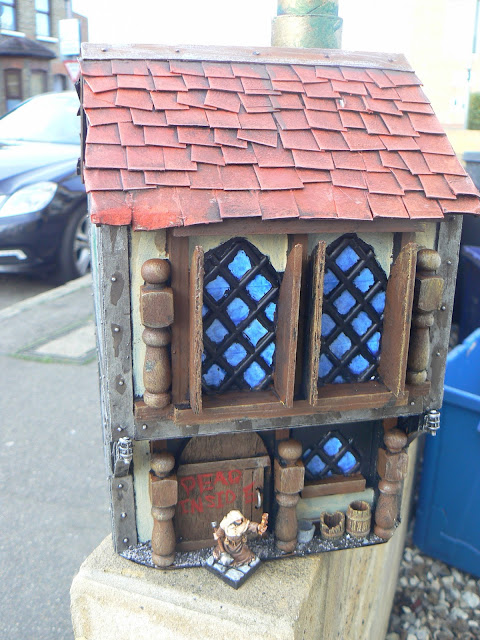 Hopefully I can just hide them on the outskirts of the board behind other buildings.


Miniatures painted / sold this year = 170 (silver tower does not count)

Miniatures bought 30 (damn you BOYL!!)
I had time to have a proper recount and wished I never bothered!

Journey into the hearts of darkness. A return to Warmachine. 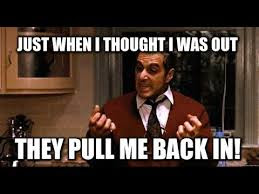 So Lano finally got his wish and got me playing Warmachine again!!!!!!

The Sons of Ulric; Regiments of Renown 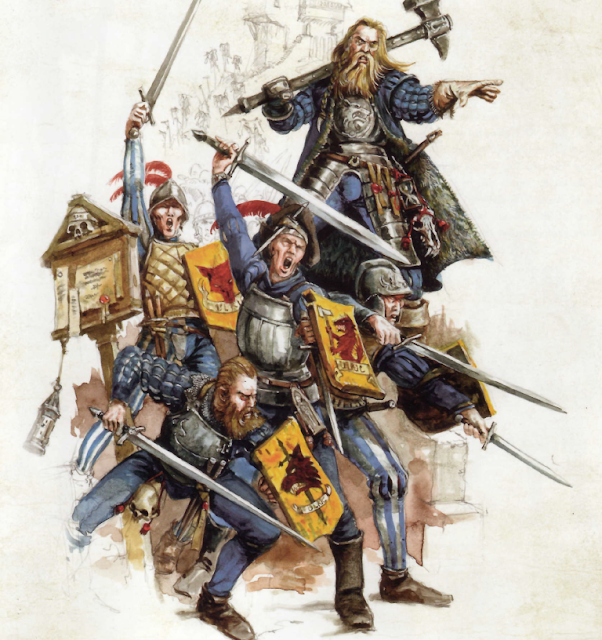 After watching these videos and buying the rule books it was inevitable . . . . . 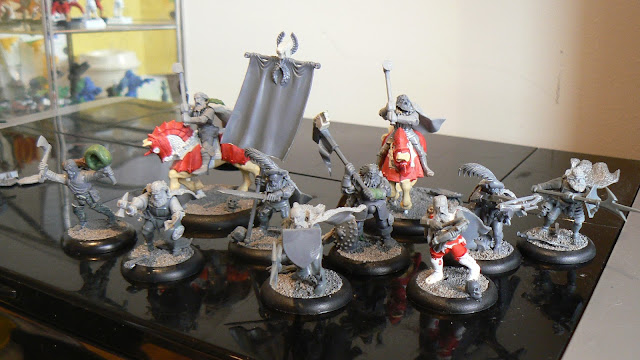 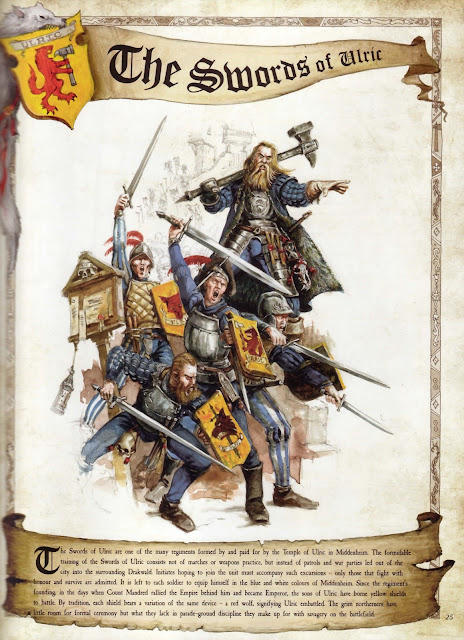 Which is a book I picked up for pennies while buying one of the army books on eBay.

I have to pick a winter painting project as the early nights play havoc with my partial colour blindness. Last year in was these blokes . . . . 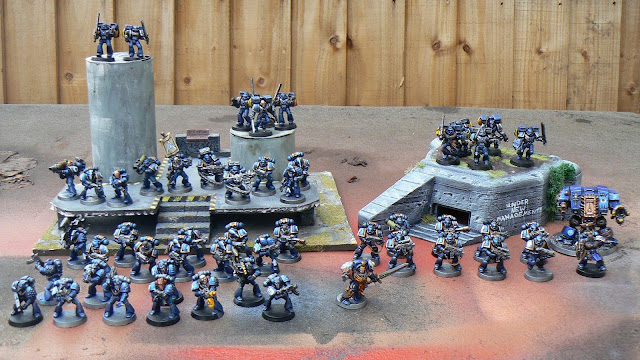 This year because of this tutorial and something I have planned for next year I want to concentrate on making and painting terrain over the winter.

Forward you Sons of Ulric!

So are Revell getting into Gorkamorka?

Found this image while doing a search for Gorka Morka trukks. . . . . . 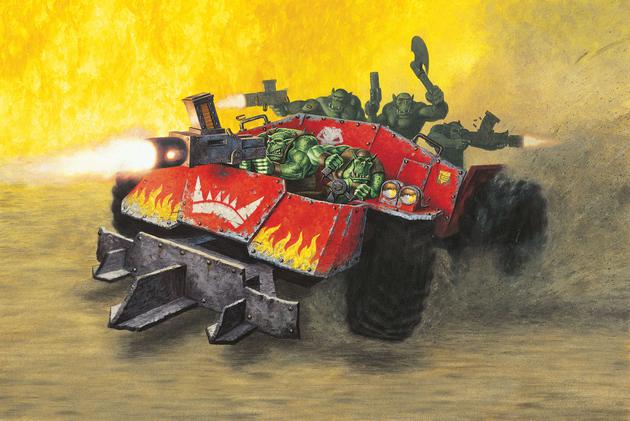 Which leads to their 'Warhammer Build and Paint' section of their website??????

So thats an Old skool Gorkamorka Trukk, Driver and gunner and 4 Ork Boyz, paintbrush, transfers and 3 paints for 20 Euros and I will probably be able to find it in Hobbycraft soon.

Anyone for some Gorka Morka?
Posted by riot ville at 13:34 8 comments: