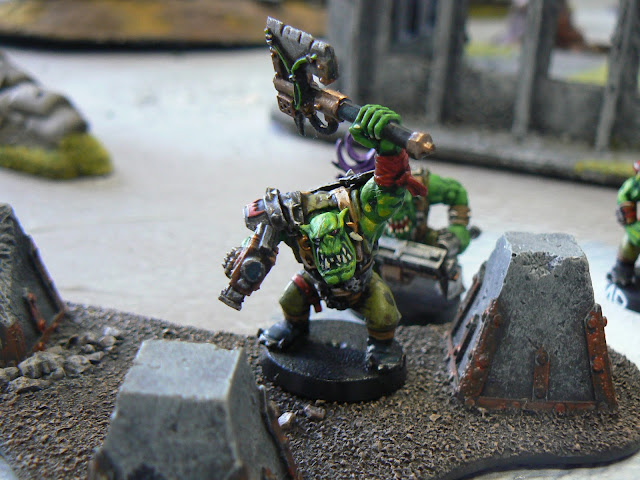 With the new half term I decided to make a change and bring the Enrichment lads into the 40th Millennium with Gorka Morka.

The Students were very impressed with the new set up. 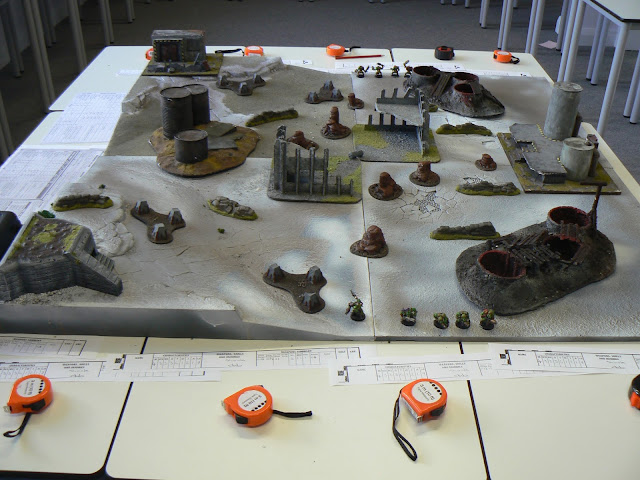 First up the 'Gorka's'


Once again everyone got the same profile and weapons and will skill up as the games progress.

It was a standard 'skirmish', intro game but there was a ammo crate in the centre of the board that the students had to try and get off their table edge for an advantage next game. 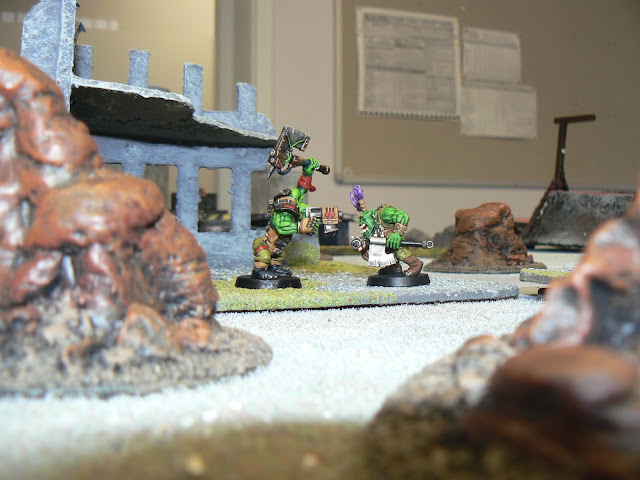 It turned into a decent punch-up and in true GorkaMorka style most of the 'shootas' had jammed by the third round.

The Morkas managed to scramble the ammo crate off their table edge and secured themselves an 'eavy shoota for next game.