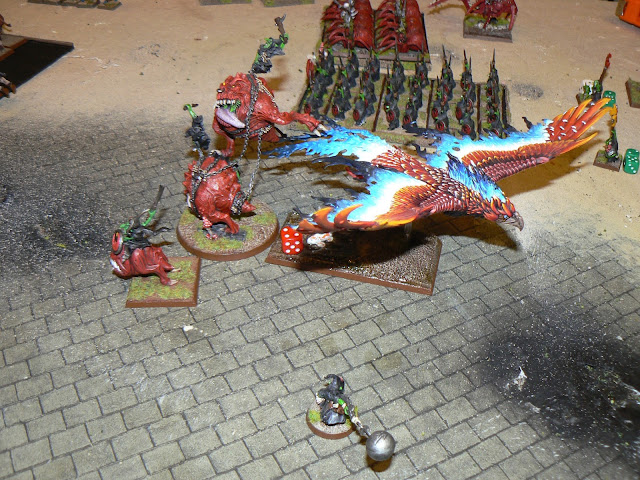 Rags was bustled into Custoras' tent as soon as he returned to the camp!

Custoras stood at the campaign table with the pitiful maps of the area spread before him. The maps were useless as the forests seemed  to move of their own accord!

Every scouting party he had sent out to reconnaissance the area has failed to return and Custoras had been forced to hang several 'Red Caps' after their refusal to leave the camp.

Finally a Lizardman had appeared at the edge of the camp fires and simply stood there pointing at Rags until he had obeyed the summons!

At dawn Custoras had heard the sentry challenges and light had streamed into his tent as the flap had been pulled aside to admit the Wizard. Rags was visably shaken by the experience and had reverted to his unhinged mannerisms and babblings, simular to when they had found him in the Lustrian forests years ago.

"Xhua-Ekko their 'Gods will' has decreeded that they will not attack the naked primates in the forthcoming battle. Their Gods wrote of this battle aeons ago. They declaired the blood of the apes would not be shed by the Cold Ones."

"And how do we know we can trust them?" Custoras demanded!

Their Gods have decreed it!" Rags stated with a finality that stifled all argument. 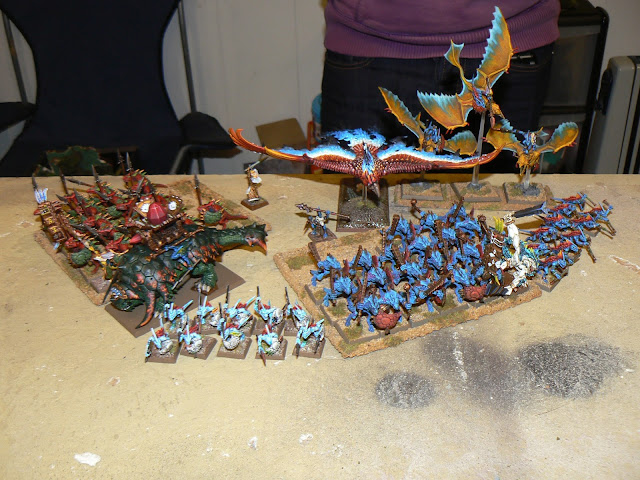 As the sun rose on the clearing, the Lizards had wheeled away towards the hordes of Goblins and their possible mutual destruction without even a sideways glance towards the Imperial forces.

Rags had glanced up at Custoras and shrugged "Their Gods have decreed it." he stated simply.

"And what had 'their Gods' decreed for those?" Custoras enquired, pointing towards the Elves just clearing the forest. 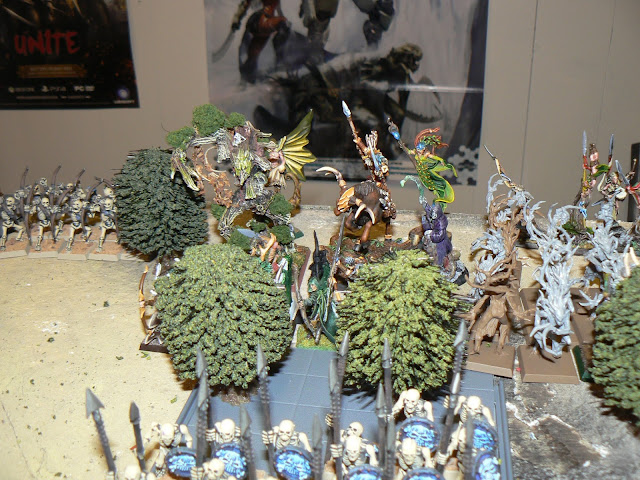 This Saturday saw the five protagonists of the campaign meet up for the finale of 'The awakening of the Woods'.

With this being the final game Lano wanted something special so we mustered our finest forces and 300 points of Mercenaries for a game of 'Triumph and treachery'!

This was simply one of the best looking games I have ever had the pleasure or honour of playing in. 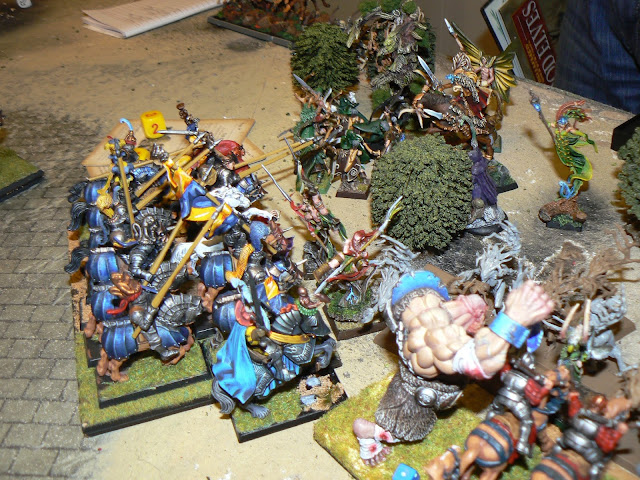 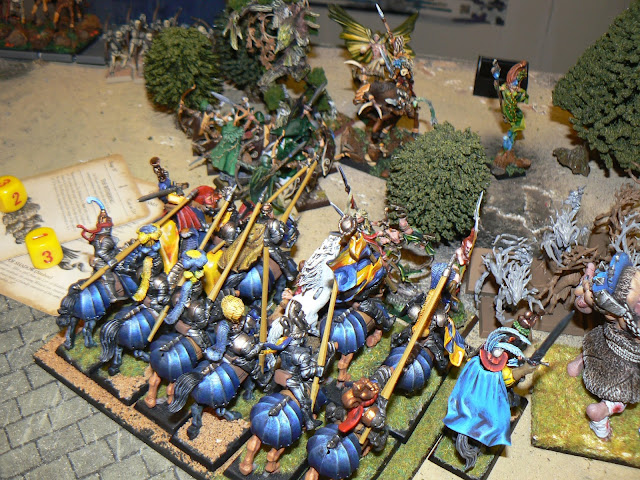 I honestly have no idea who won but from the 10,000 points on the table that started the game very little remained.

As a testiment to the carnage between Neil and I, I only had ONE figure left on the board when we called time!!

On the left the combined forces of Dwarves and Lizards (with Skaven and High Elf support) managed to carry the field against the Goblins but it was a close run thing!!!

I do not think any of us will be smirking at Tookey and his Gobbo's anytime soon!!!
Posted by riot ville at 13:49