This Friday my Brother and I finally managed to meet up and play another chapter of our ongoing Mordheim campaign. 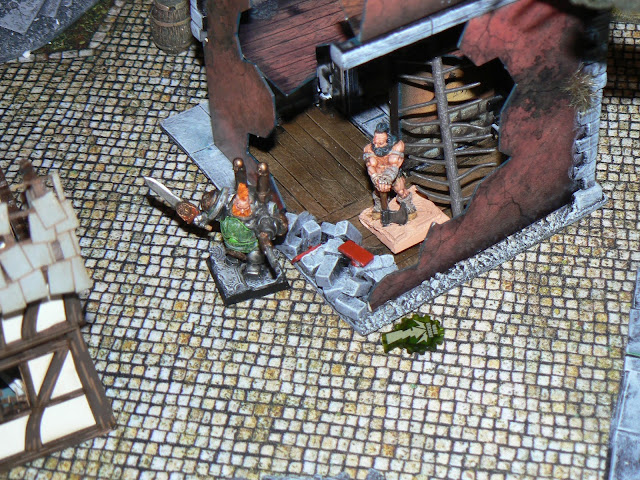 Game 14 would be an 'occupy' scenario with us needeing to occupy 3 central buildings. We decided that we needed to have a conclussion so decided that whoever held the most buildings would sneak the win.

The table is set. 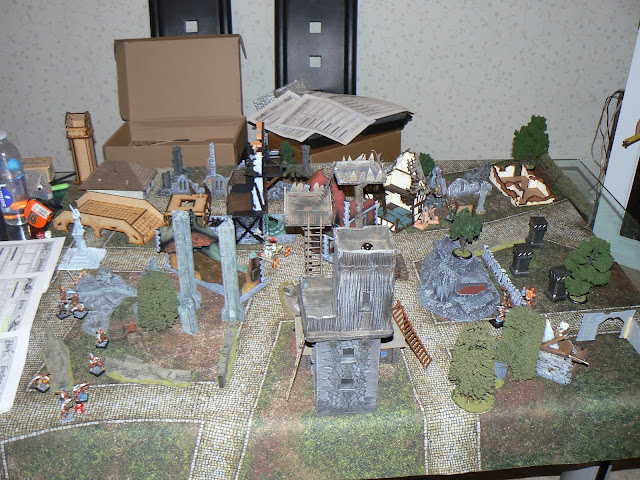 Kris sets up his Thunderers on high ground and starts to use his superiour range to force my mercenaries to keep their heads down. 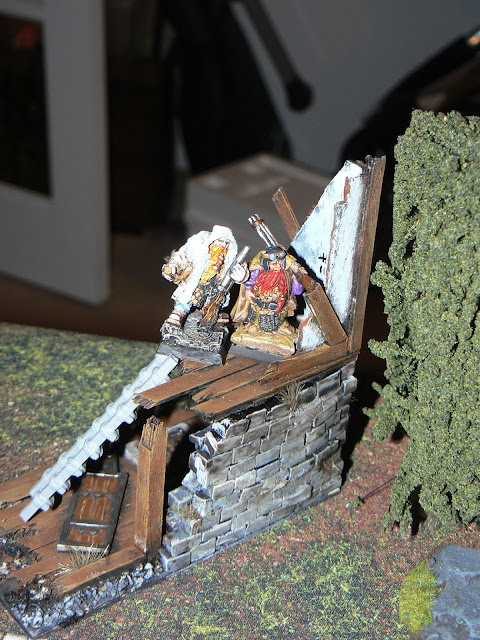 I just decide to race forward with reckless abandon. A barrage of shots from the Dwarves fails to hit or wound a single Reiklander! 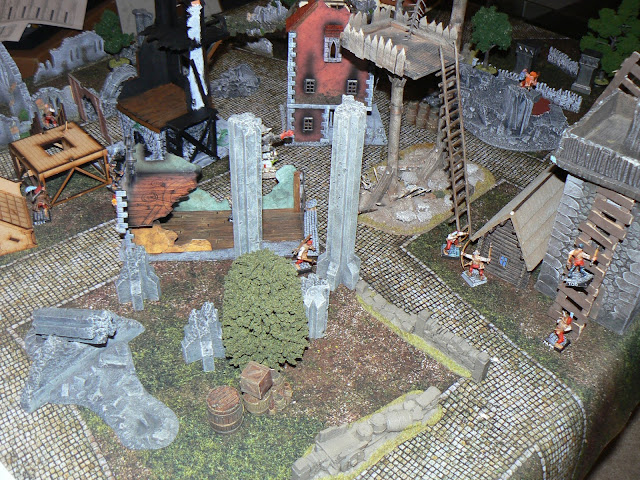 Kris occupys the first building thanks to the speed of his Pitfighter and then inches into the central building. 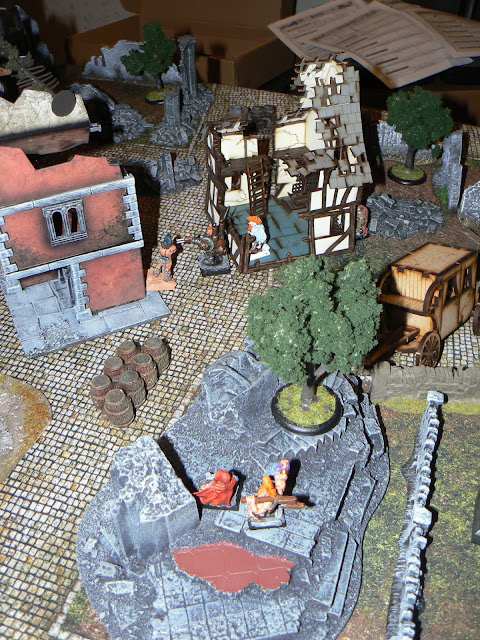 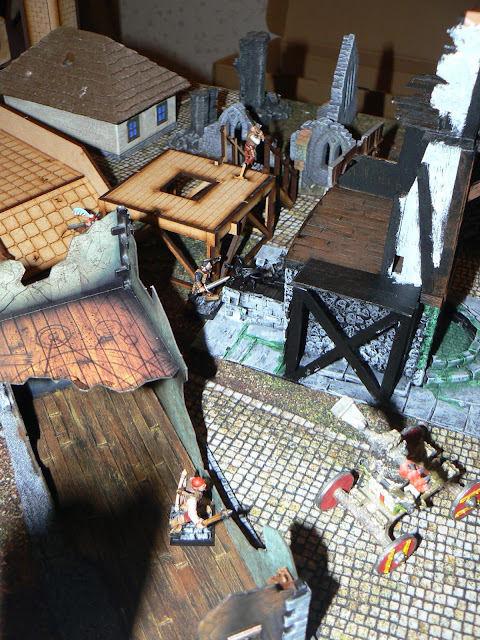 The rest of my marksmen race into the towers to open up lines of fire into the central buildings to whittle away the Dwarves before I make my smash and grab. 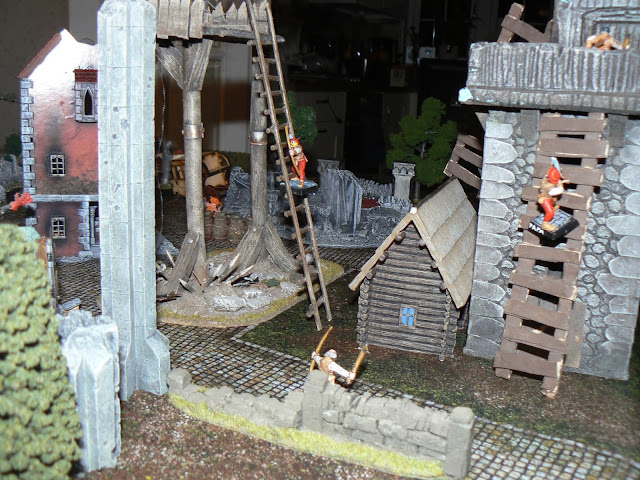 At this point I decide to expose Lord Crashart. The sight of Lord Crashart standing as bold as brass in the centre of the battlefield in his finest trousers is too much for Kris to bear and EVERY single Dwarf makes a bead on Crashart. After the cannonade of gunshot and crossbow bolts is resolved the smoke clears to reveal . . . . . . . . . . .

Crashart is still standing in all his finery. It very much reminds me of this scene. . . .

My marksmen finally get into their sniping positions and start to whittle down the Dwarves. 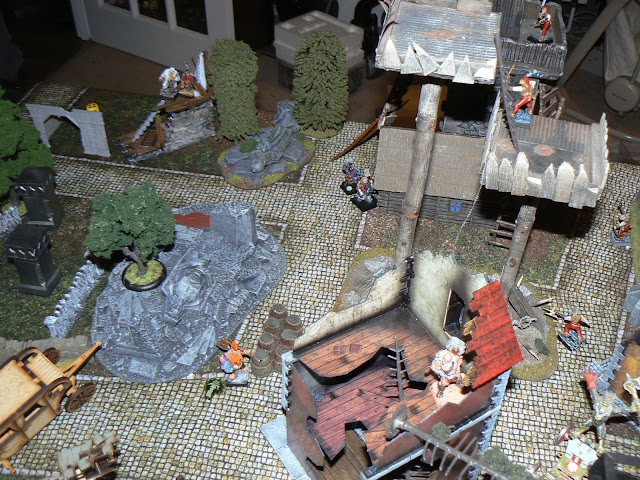 In order to completely stifle my plan Kris occupies the central building in force. 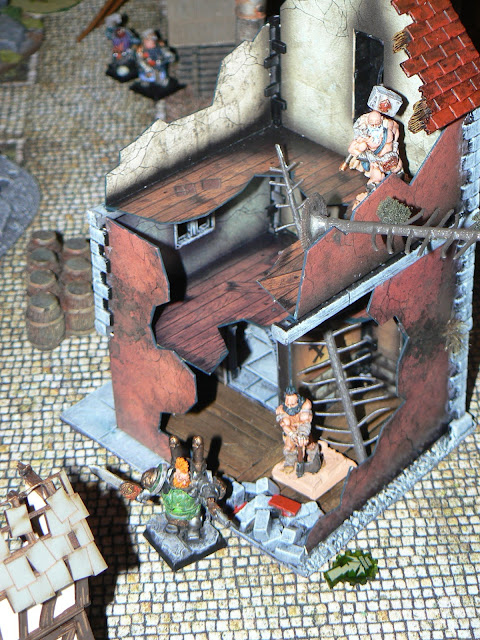 I decide not to risk the assault and decide to mob stomp Kris' flanking forces. 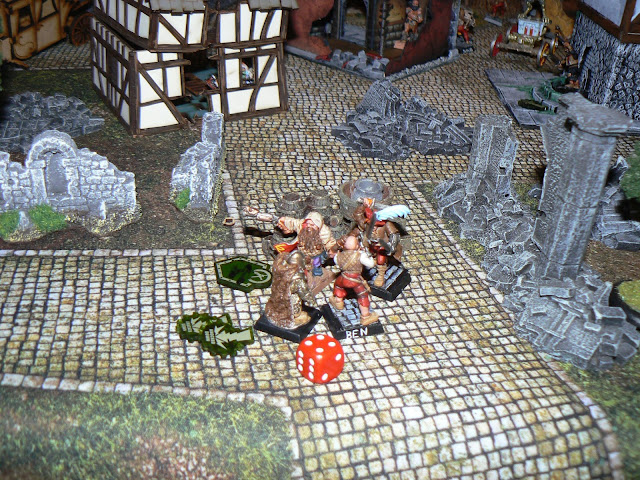 And Kris takes the win. 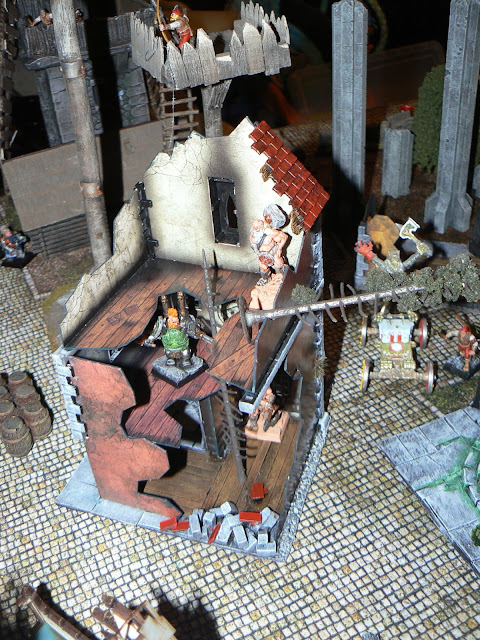 Kris had a complete mare with his rolling this game and could not hit the side of a barn. I managed to inflict five casualties on Kris without a single loss on my side!!!!!!

Thankfully Kris gets a good series of rolls for his injury rolls and will return in full strength next game. 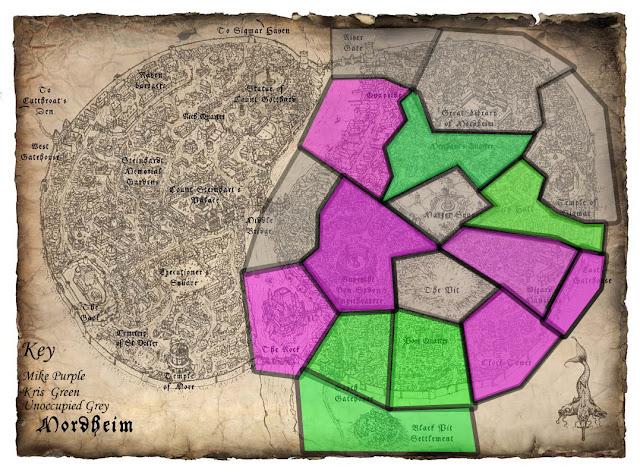