With Phil and Lano in Brighton throwing down in a Warmachine tournament Lee and I decided to meet up at our favourate alternate wargaming venue, Ilford Wargaming club.

Seeing as this was not officially part of the 'Summer offensive' I decided to give my Beastman army a run out.

This is actually the third army I have in the campaign. It is currently sitting on the Vampire kingdom's border but I have not had the courage to field it . . . . .until now!

The field is set and I am surprised to see how much 2000 points gets you with Beastmen. 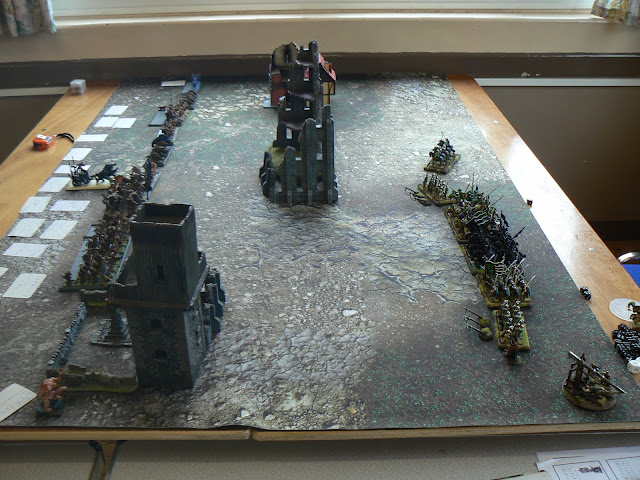 With the Bretonians praying (and who can blame them) I advance forward aggressivly. 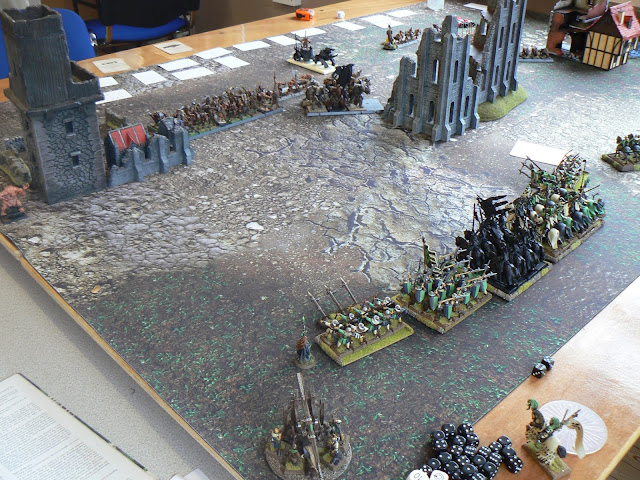 Then the Bloody 'Green Knight' appears!! 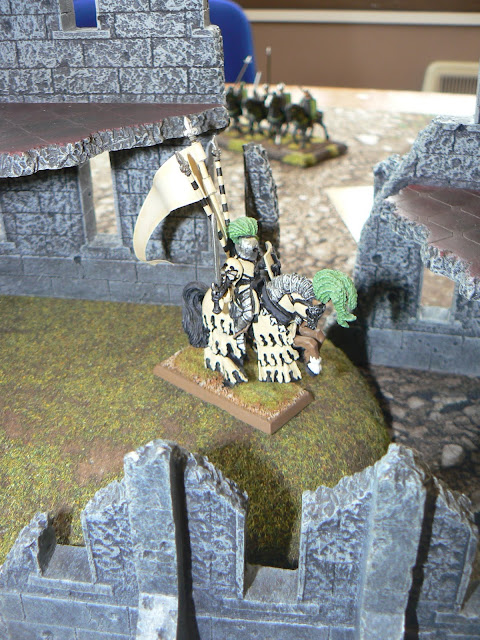 I am not having this and my Level 3 Great Bray Shaman goes all in with 'Amber spear' and splatters the Green Knight all over the interior of the ruined monastry!!

Unfortunately this also involves the Bray Shaman blowing his own head off and decimating his bodyguard of Ungors!

Worried the spell might not get off I had manoeuvered my Minotaurs into position so the Green Knight could not charge them . . . . But this does leave them open to the charge of the Grail Knights! 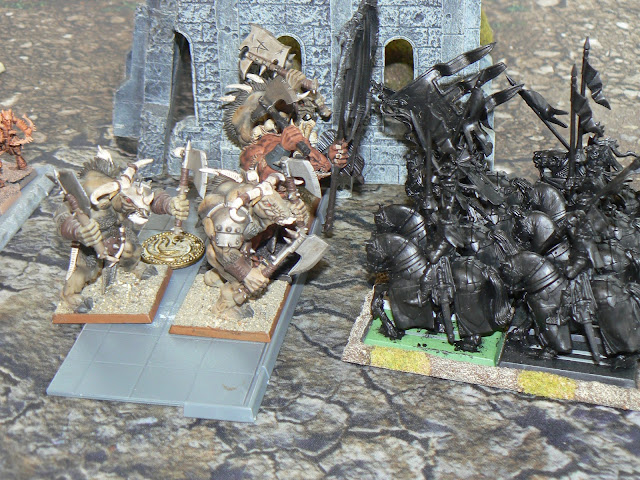 The rest of our forces have a 'Mexican stand off'. 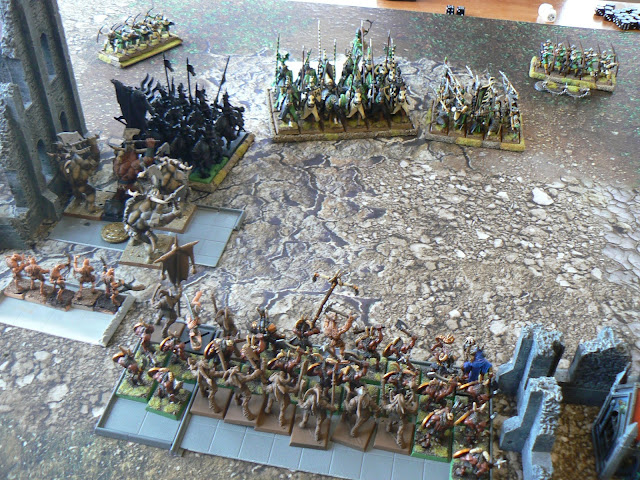 My turn and I sense the time is right to 'Unleash the Beast'!! 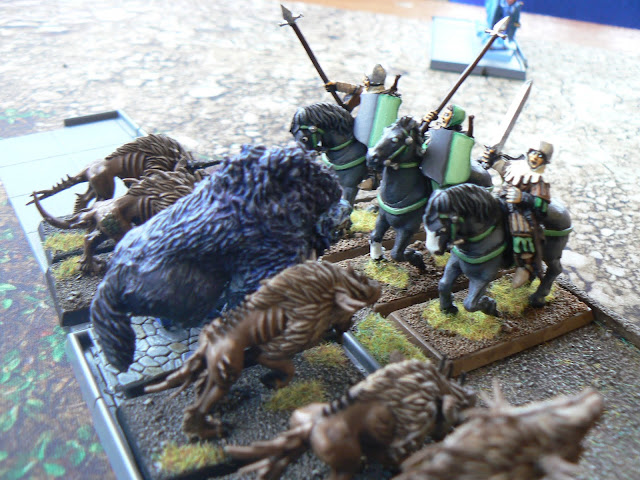 A combination of very 'jammy' shooting by the Bretonian peasents and the charge of the Grail Knights destroys my Minotaurs but it does leave the Grail Knights open to the counter charge . . . . . and I go all in! 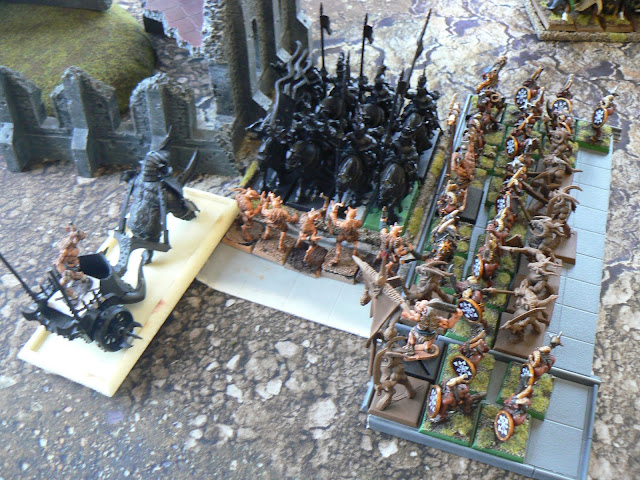 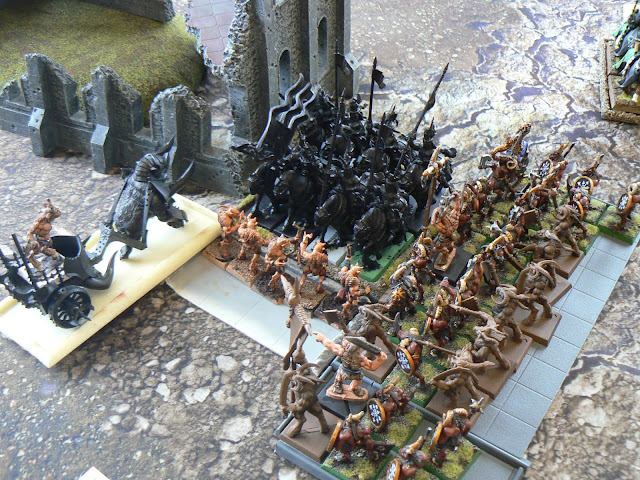 This is also the turn 'Moonclaw', the Beastman special character gets to call down D3 comets. . . . I roll the D3 and hope to unleash a cannoncade of warpstone meteors . . . . . NOPE, just the one. 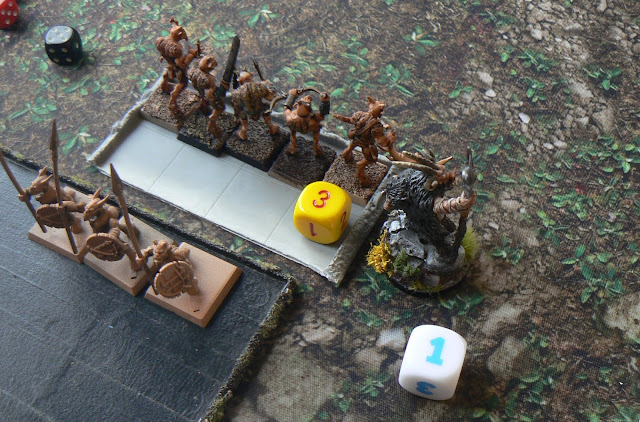 The Beastmen unleash the fury on the noble Grail Knights!! 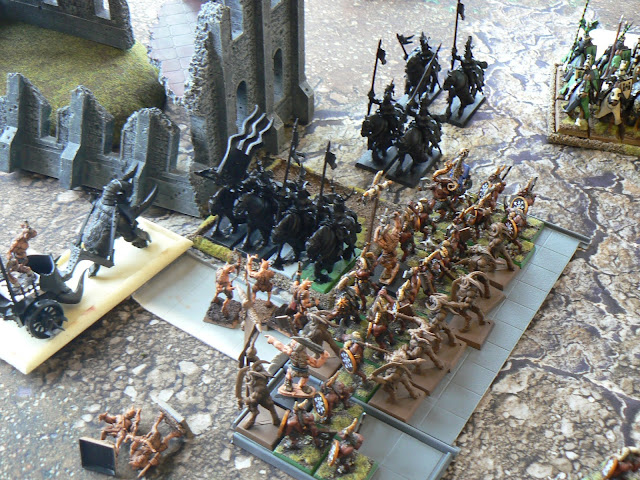 The 'Gor herd' over run leaves me an inch short of the main unit of Knights but the last of the Grail Knights are pulled from their mounts as they turn to flee from the fury of the beast! 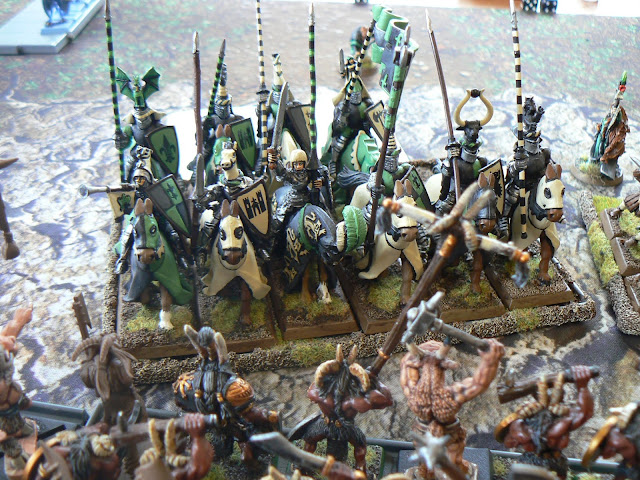 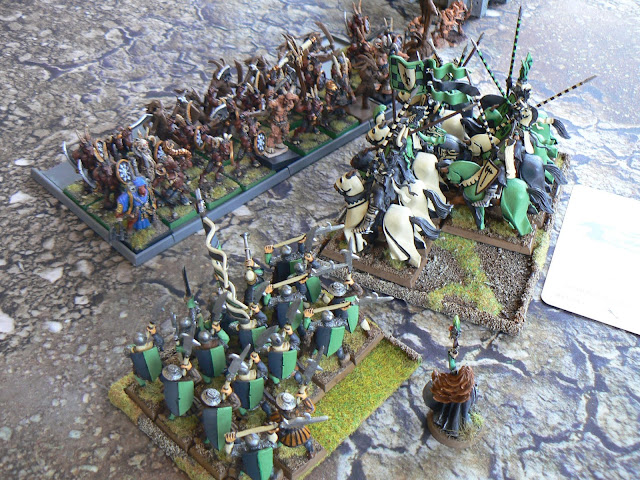 The Bretonians charge and even the 'Lady' joins the fray. 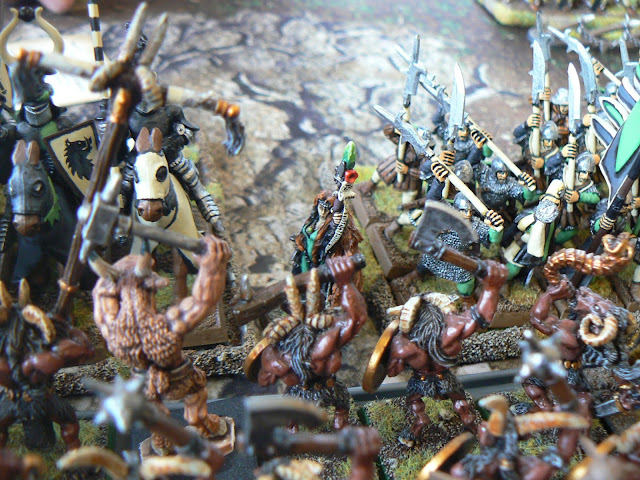 Lee's plan was to get off 'Transformation of Kadon', or at least cause a massive miscast to sway the combat. . . . . Unfortunately my 'dispell scroll' puts paid to those plans and the Lady is hacked to pieces in the close combat phase! 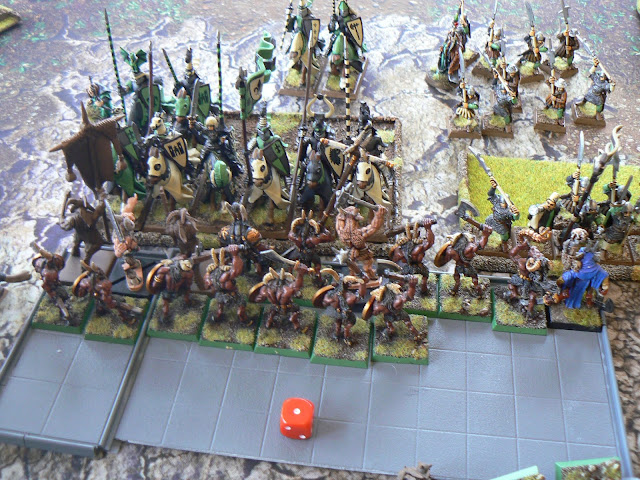 Bodies from both sides are mangled in the ensuing melee!

Chunk and my Harpies and busy running riot in the Bretonian rear (oo-er missus!) ;0) 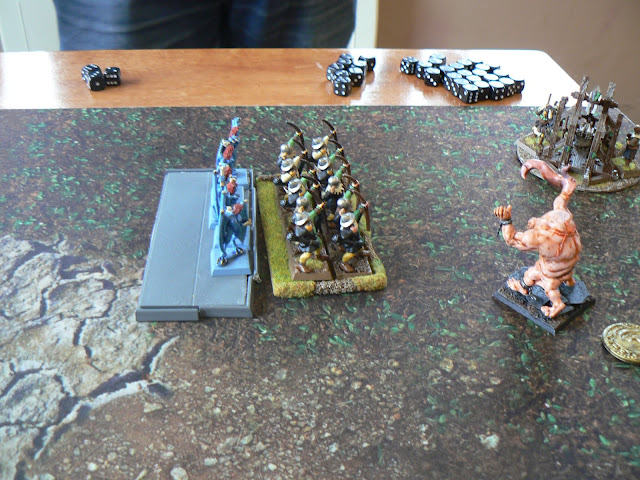 the second round of combat in the centre sees my Beastmen fail to pull down enough Knights to tip the balance and the last of the Bretonians ride down my Beastmen as they turn to flee!!!! 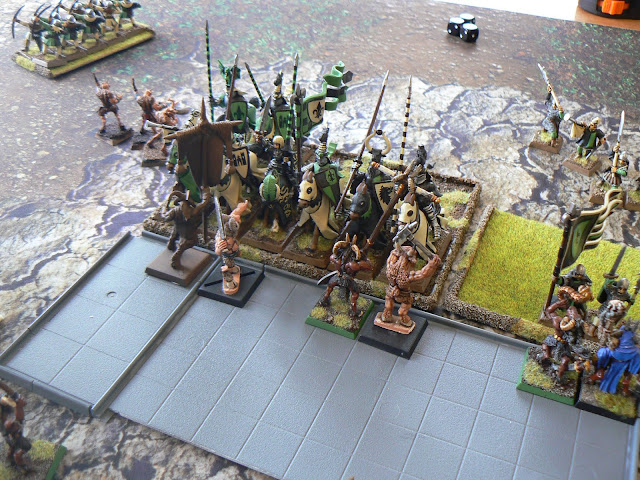 And that ended an absolute knife edged game.

The battle was neck and neck until that final round of combat and we both agreed that if we played exactly the same game again the result could well have gone to me.

I really enjoyed this first outing with the Beastmen but will need to be VERY selective about when they take the field as I can see Lano and Phil shooting these off the field with ease!
Posted by riot ville at 12:08