Well, found in a box, at the back of a cupboard (but that does not sound as exciting). 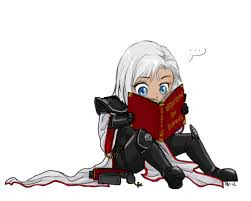 During the visit to Warhammer World I popped into the Black Library and while flicking through the books I noticed an 'Inquisitor Wars' series written by Ian Watson. As I was reading the blurb on the back they sounded strangely familiar.

This weekend I finally had time to search through my book boxes and look what I found. . . . 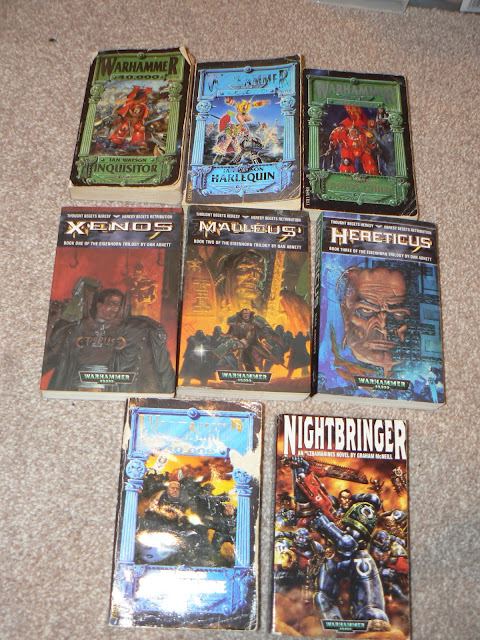 Turns out I had bought most of the books already!

First up I had the 'Inquisitor Wars' series written by Ian Watson. 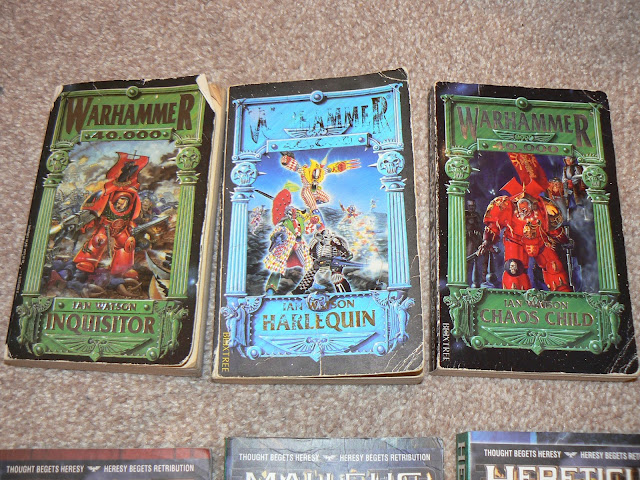 These appear to include first run printings as the book on the left (Inquisitor) was published in 1991, a year after the first print. The other two books appear to be from the first prints (1994 and 1995 respectively).

Having just finished re-reading the first book, it is stange how much it has influenced my own Inquisitor without me even realising. They even share the same Surname! My bloke is supposed to be an undercover Inquisitor using the disguise of a interstellar trader (same as the fella in the book).

The first book is a cracking read with a real sense of the paranoia rife within the Inquisition where everyone in vigilant of everyone else's motives. The book also gives a real sense of 'scale' to the Imperium.

Let's hope the other two books live up to the first one.

Next up in the pile are the series of books from the 'Eisenhorn Trilogy. 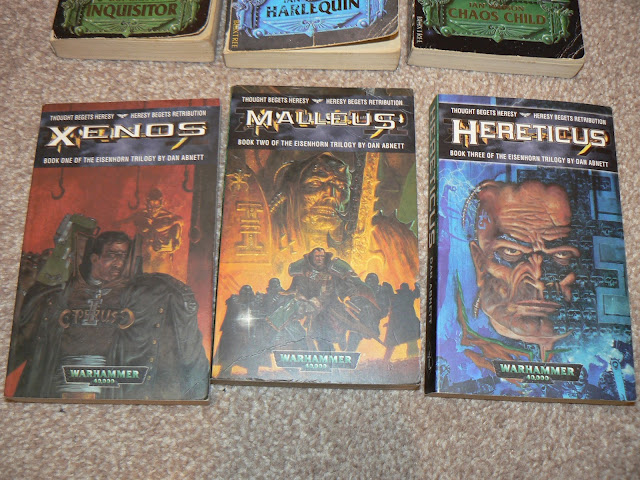 I remember getting through the first two during supervising a school field trip (in 2001 it turns out). They must have been alright as I bought the third book when it was published in 2002.

All three books are first run editions. I vagely remember them not being as good as the Ian Watson books and reading the blurb on the back they seem a bit more 'comic booky' then the 'Inquisition wars' books. I will give them another read once I get through the Ian Watson books.

One thing that has piqued my interest is they are based around Eisenhorn who featured prominately in the Inquisitor game, rule book and fluff.

I have absolutely no memory of these books and their pristine condition seems to varify they were only read the once and consigned to the vaults. Time will tell.

Next up are these two. 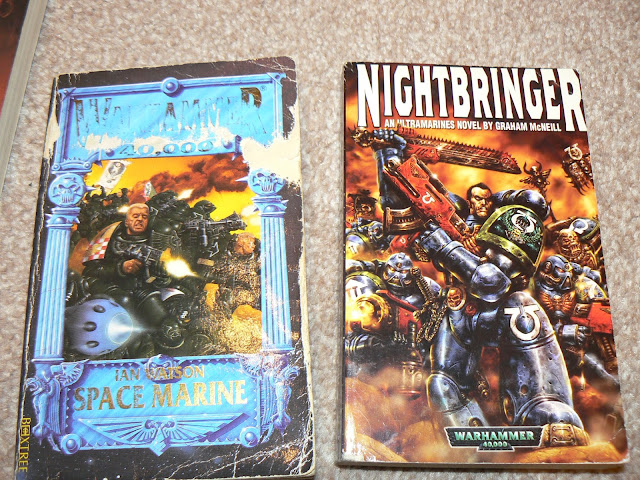 The book on the left is another Ian Watson slice of the 40K universe from 1993 (another first run issue) and I remember it being a cracking read. From the state of the cover you can see it has been read more then once and stuffed into several backpacks during my wandering days.

I am sure there is a second part to this story and I will have the book tucked away somewhere.

As for the book on the right, I have ABSOLUTELY no recollection of its' contents! It is a 2004 edition of a 2002 issue. I must of picked it up in WH Smiths or something before a long journey.

I will give it a go eventually I suppose but reading the blurb it feels a bit 'set piece'. Once again, time will tell.