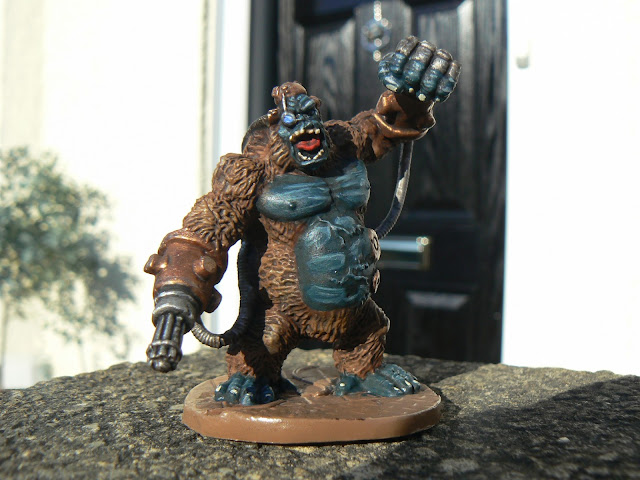 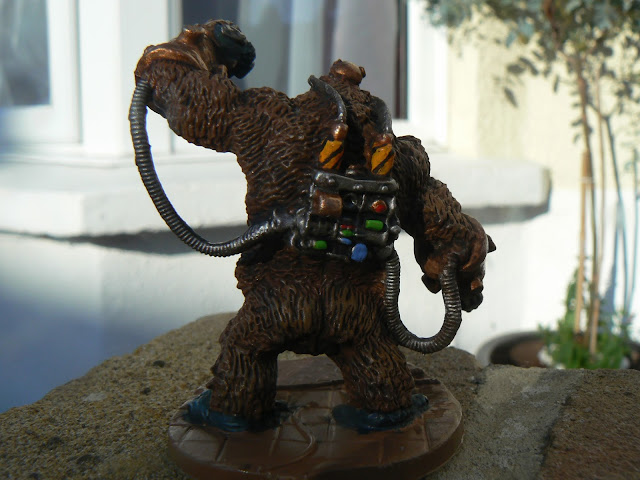 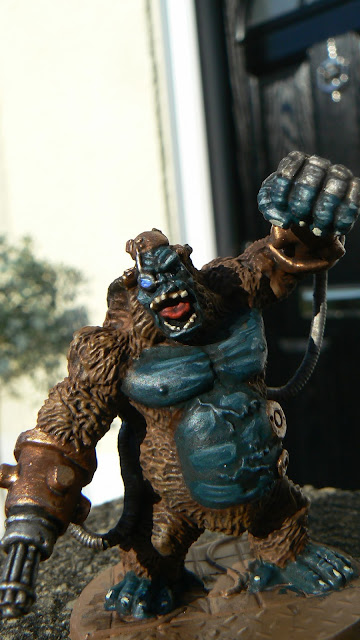 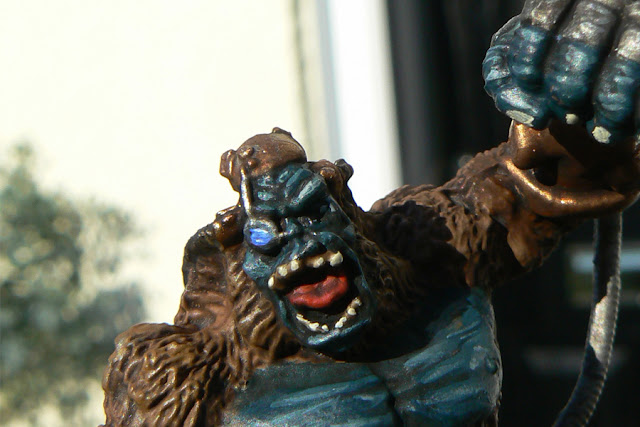 I have decided that Brother Beringei is a Space Marine from Necromunda. Unfortunately it was found he was actually agrophobic during basic training, due to living underground since birth and no amount of psycho surgery or  facist indoctrination could cure him (this was influenced by the Gorilla in the dumbo parade reattaching his bar in the film!).

He was offered one last chance to redeem himself before he was mind wiped to become a servitor.

A volunteer was needed to infiltrate a rogue group of Jokaero currently plundering the 'radlands' of Newvada. Brother Beringei's personallity was to be transferred to a recently captured Jokaero and then he would be released into the Radlands to rejoin the rogue Jokaero troop. Unfortunately he was captured by Dr. Gostello while he was on a hunt for new exhibits and Brother Beringei is unable to communicate with his captors as Jokaero have no language causing its vocal cords to atrophy.

This week I also finished up a Foundry Gladiator. It took me less then an hour from start to finish and I am quite pleased with the results. 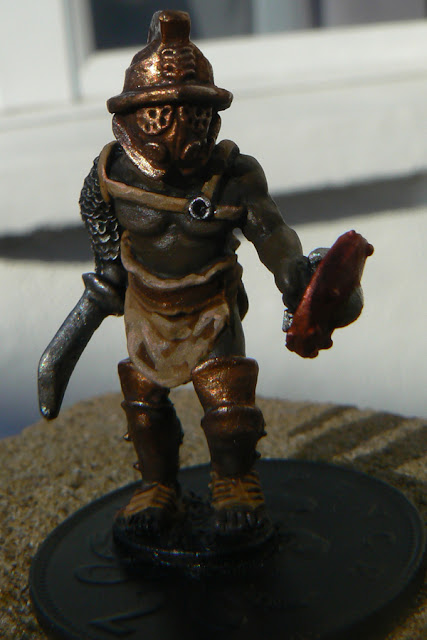 Also finished in less then an hour was a WHF Empire Hand gunner. 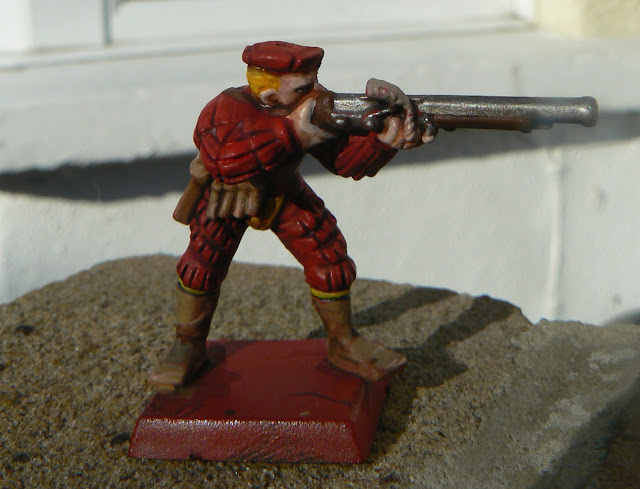 These two took longer then that, but I am well pleased with how they turned out. 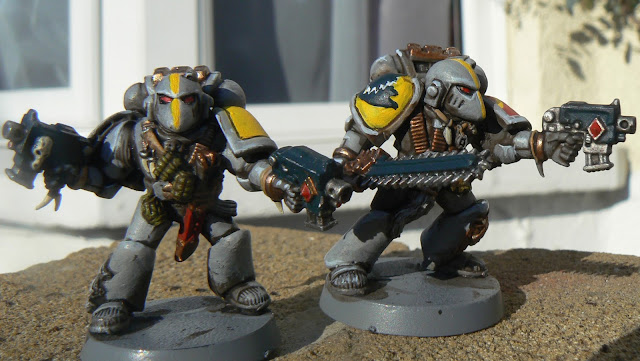 Even went for the old Skool RT helmet stripes 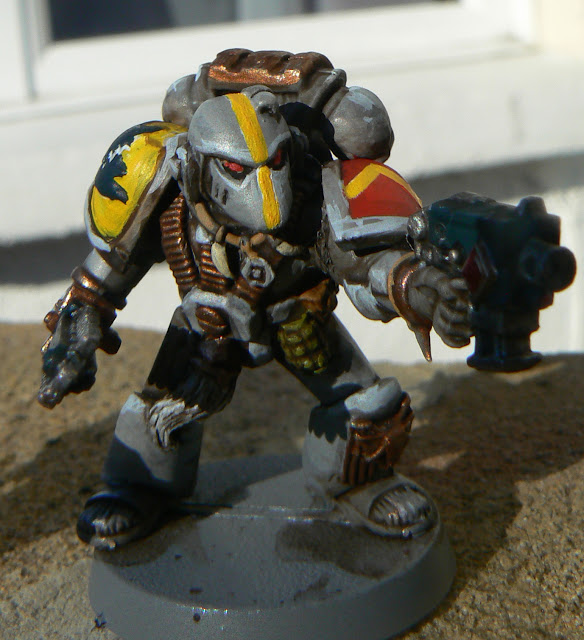 I have about 20 of these to get through as well as several Character such as Ulrik the slayer and I am really looking forward to getting my teeth into these (pun intended!).

I have also moved on about a dozen miniatures on ebay, so now the numbers,
Miniatures painted / sold this year = 166
Miniatures bought this year =36