First night of the Summer hols saw Damon, Macca, Ed and I sitting round a table trying to work out the rules for Aliens Vs Predators.

Despite being clueless we did manage to have fun.

I was the first to turn up, so managed to get a good look at the figures supplied with the starter game. They are really nice but seem VERY slight compared to the 40K and Warmachine stuff I have been painting recently.

BUT I was having an internal conversation with myself about does this count towards my Lead Mountain IF their bought as part of a board game!


Eventually we get set up and Ed plays the Preds, Macca the Aliens and I lead the Marines into battle.

At the start of every turn we pick a 'event card' and for some reason we are all stuck on one action point (ap). This really slows everyones dispersal.

Turn two and the event card springs open half the doors and I go full dakka dakka on the Alien swarm.


I roll a twenty on one of the attack rolls, which means I loss the rest of my ap's. This allows the Aliens to get to grips with the smart gunner!

One thing I do like about the game is you have to roll for initiative every turn and you only get to move one figure each at a time. This really makes you think about your tactics and you have to be constantly thinking three moves ahead.


Having a tracker allows me to flame and throw grenades round corners. I decide to play this ability as a nice surprise for Ed sneaking up to the corner. The grenades causes several wounds to his Preds. I also manage to get a sentry (think overwatch) shot off on the Pred as it rounds the corner and cause it another wound.

The action is fast and furious in the central corridor as I flame several Aliens, before losing two Marines to the Preds flying disc. My smart gunner gets grabbed by an alien and disappears and I blast another Alien with my last Marine.

Nine Aliens fall but despite putting a big dent in Maccas forces it fails to stem the tide. 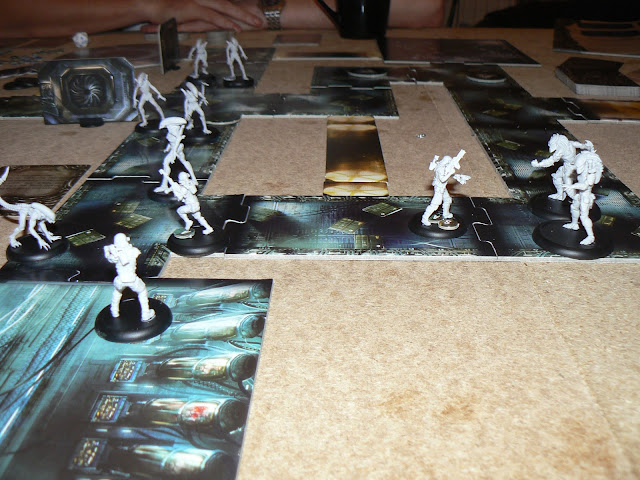 My last Marine goes full 'Hudson' on the swarming Aliens but it is all over for the Marines.

I guess that makes me Gorman!

Macca's mission was to kill five enemy figures. This means he has to kill all the remaining Preds in order to win. Unfortunately my policy of "Peace through superior firepower" has left Macca with very little left to fight with.

Ed makes a charge and dispatches two Aliens without breaking a sweat and takes the game. The Preds really are nails! 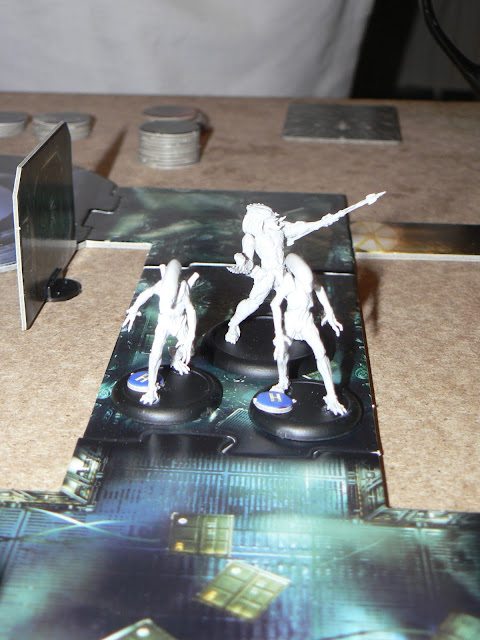 If I am going to pick up a new system this year it really could be a toss up between this and Age of Sigmar. I can see me playing this with Kris and the minis could be used in other games (like my leading edge version of Aliens I have), but time will tell.
Posted by riot ville at 06:06