Age of Sigmar, Stormcast Eternal finished . . . and other chips from the lead mountain.


So my Stormcast Eternal is finally based. To be honest it was finished last Sunday but the light has been kack for photos or I have been getting back from work too late to catch the decent light.

As bases no longer matter, I went with a bigger lipped base. I have always prefered the lipped bases and they just seem to make the miniature a more complete, 'enclosed' entity, rather then just fading into the table.

If I do get the Age of Sigmar box set I can see myself basing all the figures with lipped bases (Yes I said it!). 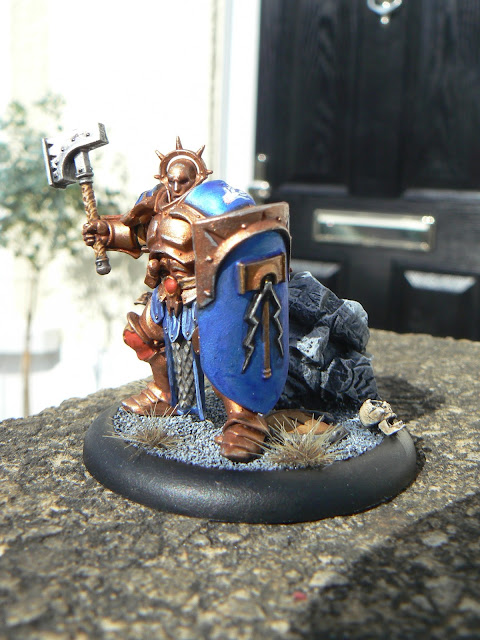 The rock face has been hacked off of a Scibor base and glued on this one. I grabbed it straight out of the bits box as it lookes a bit 'Stormcasty' and it also had the lightening carved into a stone slab. It all just seemed to fit! 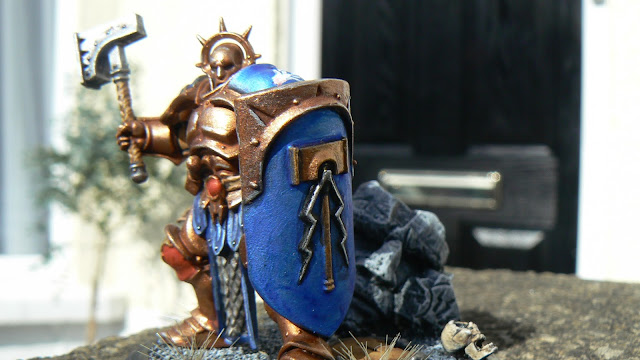 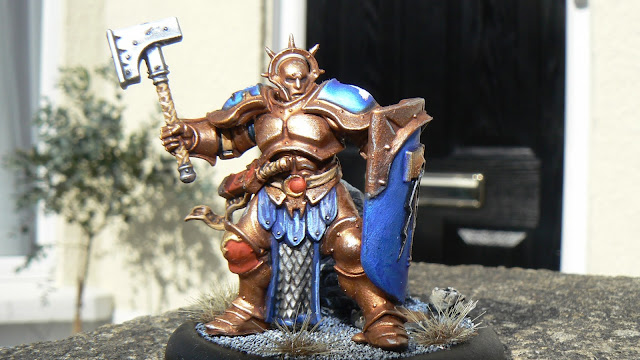 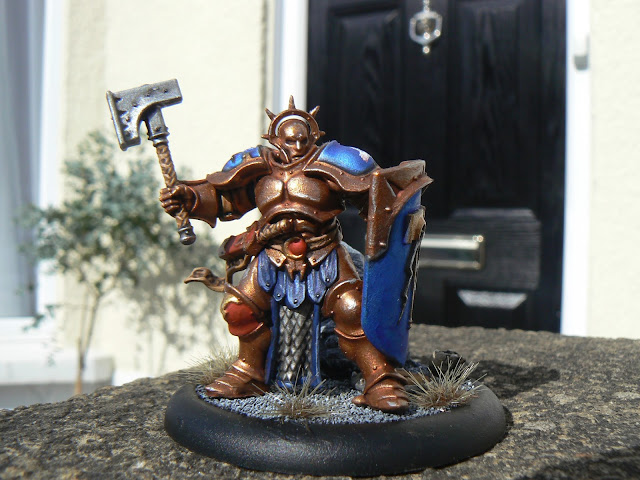 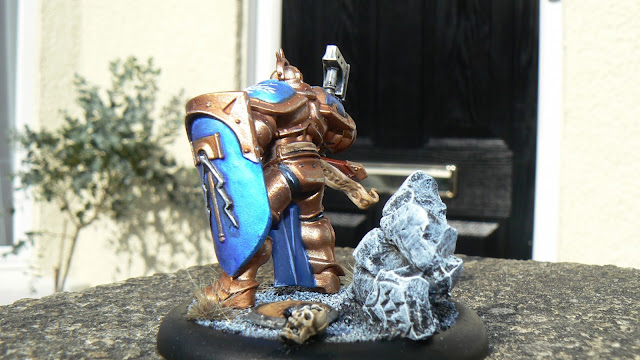 The Broken Skeleton head and shield just seemed to fit and looked like he had just got to work with the hammer. 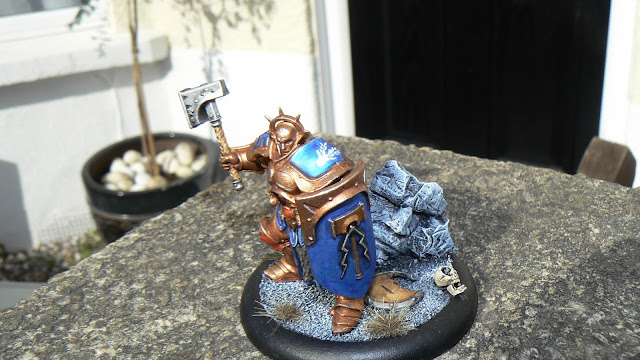 All in all its been a good week with the brush as I also managed the get a 40K Ork Nob finished up for the Rogue Trader 'Battle of the Farm'. 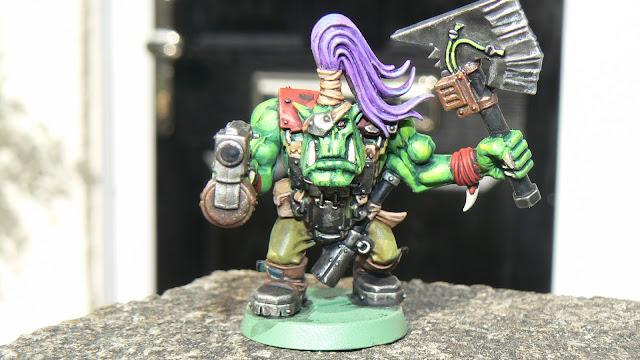 These two crocs were painted by the Croc Master Lano in lieu of some money off the gaming table I had sold him.

Loved them the second I laid my eyes on them! 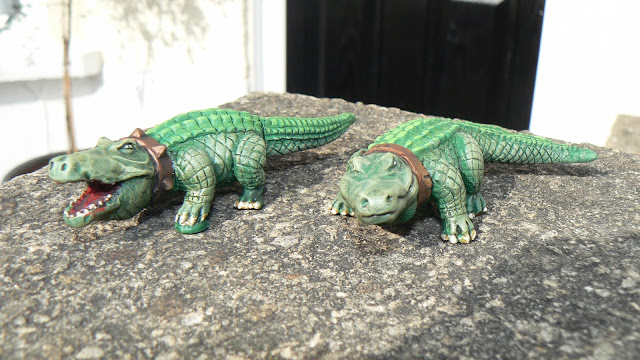 This lead me to another problem. He had also painted up these fellas for me . . . . 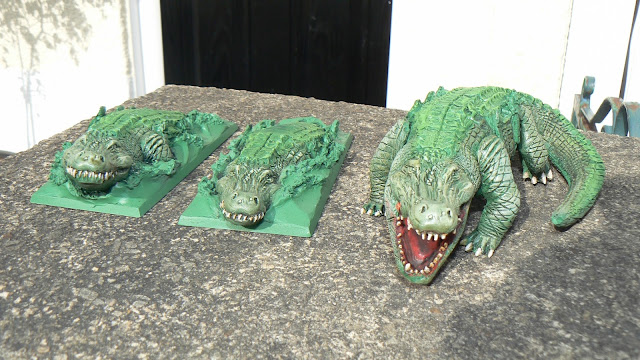 The trouble is anything I paint and put next to them (like their riders) is going to look crap by comparison! It's a bit like photo shopping my head on Brad Pitts body, it is just going to stick out like a pimple on a pigs arse!

I also got two Warmachine Jacks painted up. One is a Renegade for Magnus and the other one is a Cygnar Jack I now get to pull out as a lovely surprise for someone. 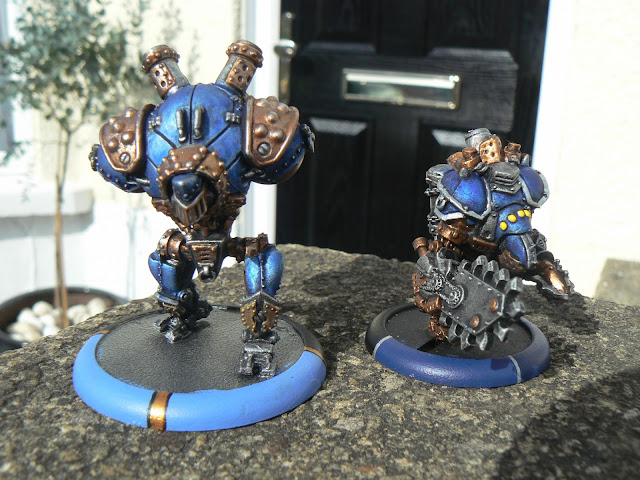 As part of this surprise I also got Caine finished up Thursday. 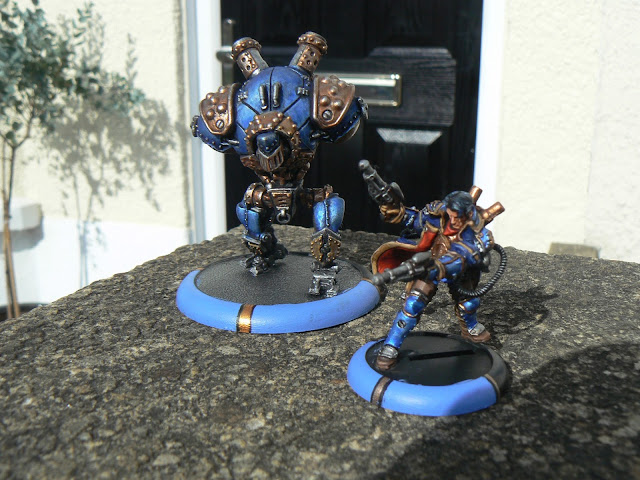 Thankfully he was a lovely cast and a pleasure to paint. 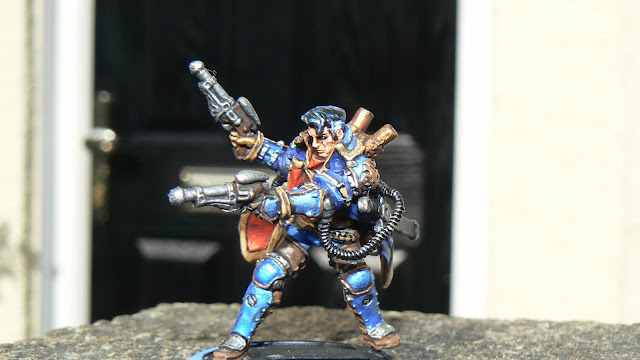 In the source books the Cygnarians seem to have a bit of a leather fetish going on, so I toned down the leather.

He still has the leather chaps to be kinky but I went with a blue greatcoat instead. 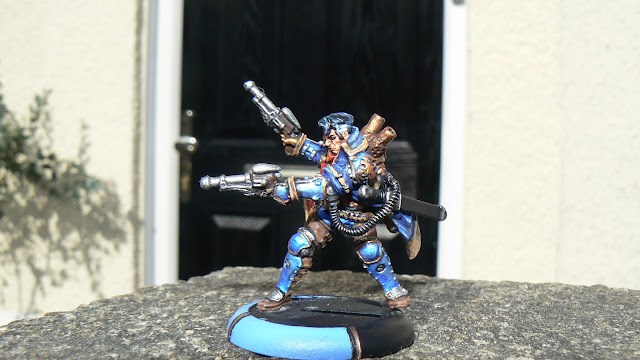 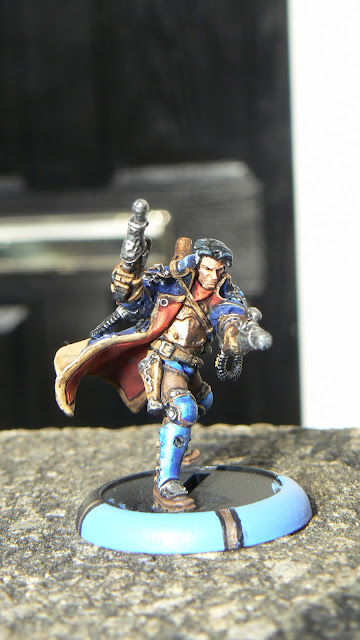 He also got a red lining to his greatcoat. I don't care if it's not in keeping, I just think it looks cool. 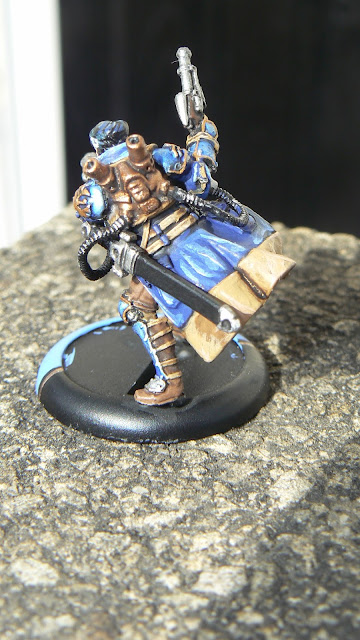 I also got to sneak in my now compulsory Grot while the ink washes were drying! 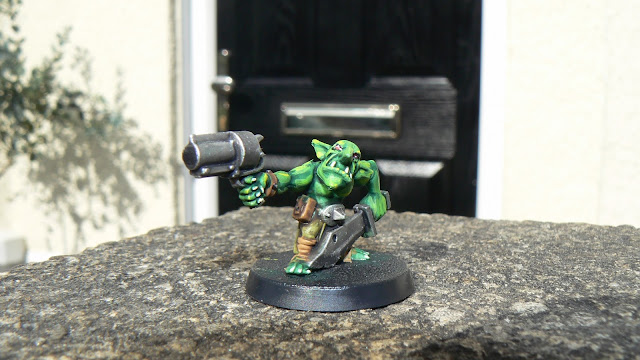