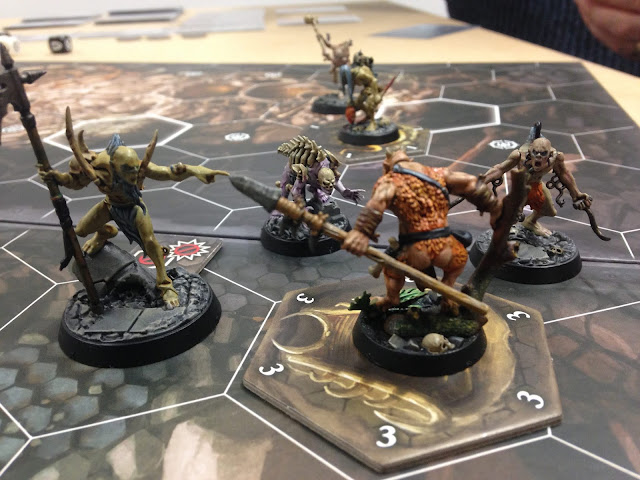 One game I did squeeze into the week was a game of Beastgrave.

This would see Lee play the Grymwatch against my Despoilers. 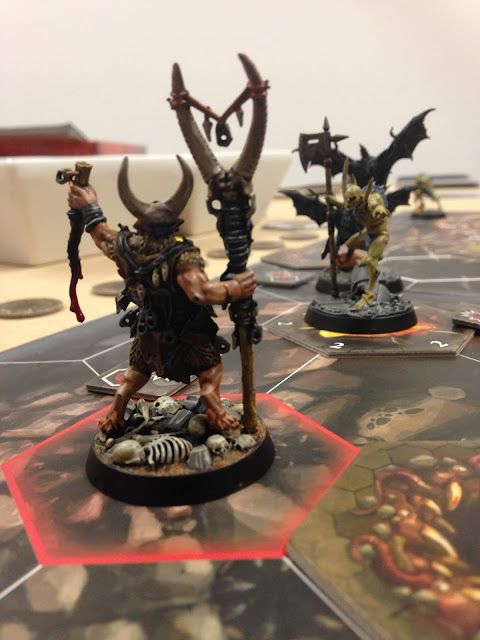 If nothing else it was a great LOOKING game! 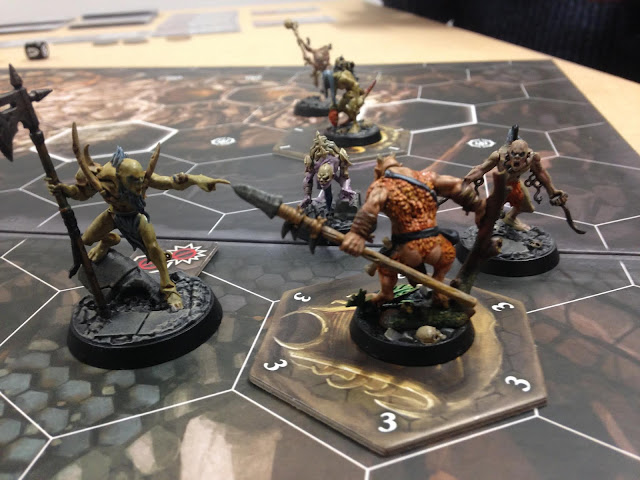 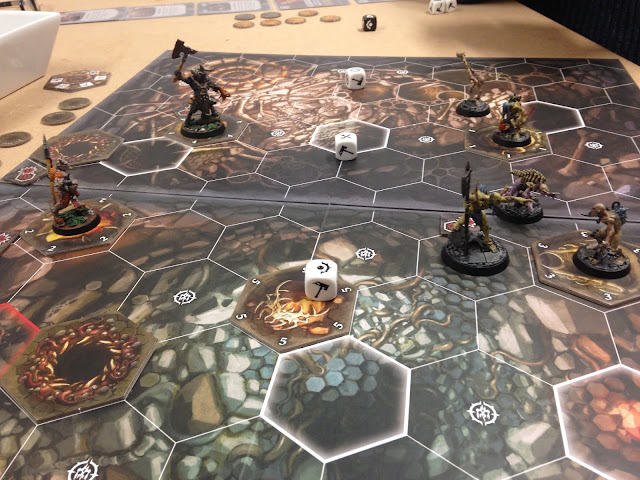 A razor tight game which saw Lee take the first win 12 glory to 11.

As we were having so much fun we decided to play on.

Lee seemed to understand the playing style of the Grymwatch instinctively and was soon swarming all over my Beasties! 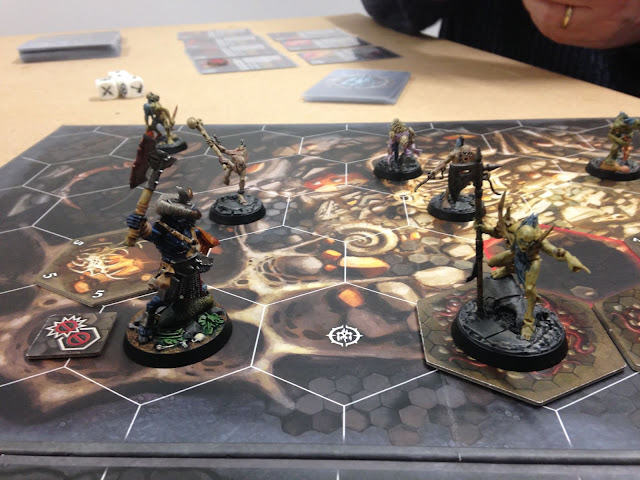 Both of us were still playing with the 'starter' packs and had made no changes to the decks. 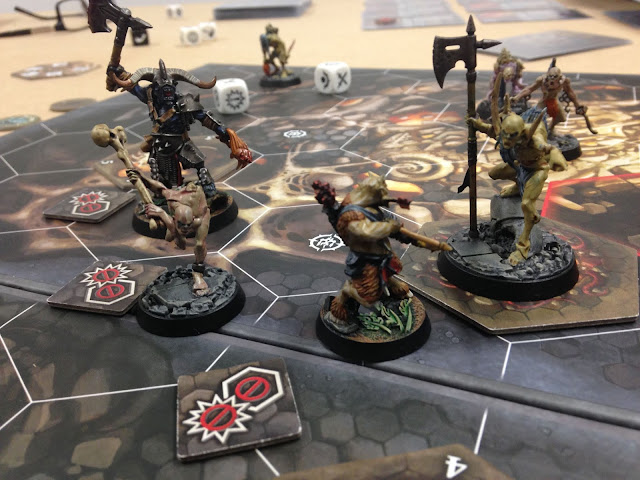 Ghouls are inspired when there are less then two enemy models in their territory and are terrifying good when inspired.

This forces you to take the fight to the Ghouls. 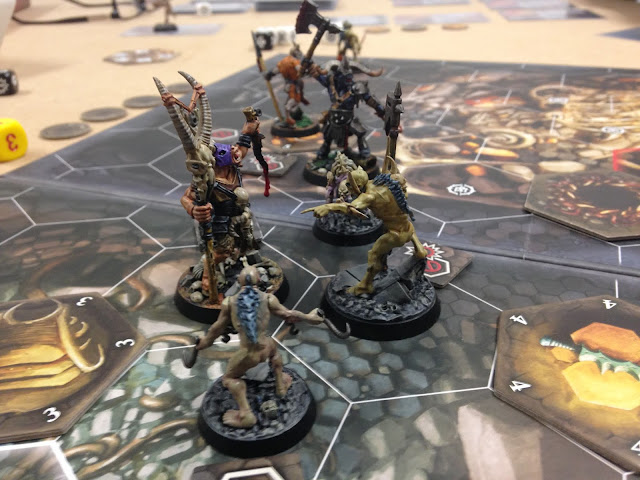 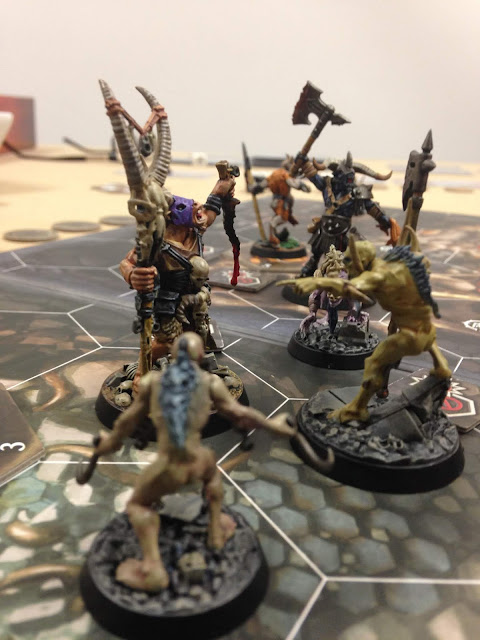 Thankfully this game I manage to take out the Ghoul leader. 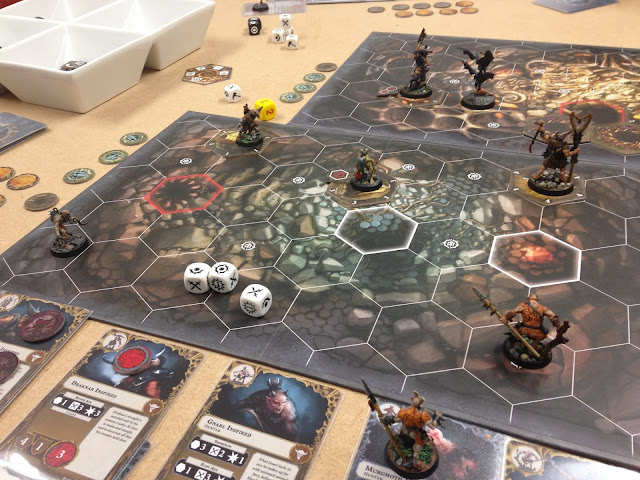 With one game apiece we play the decider. 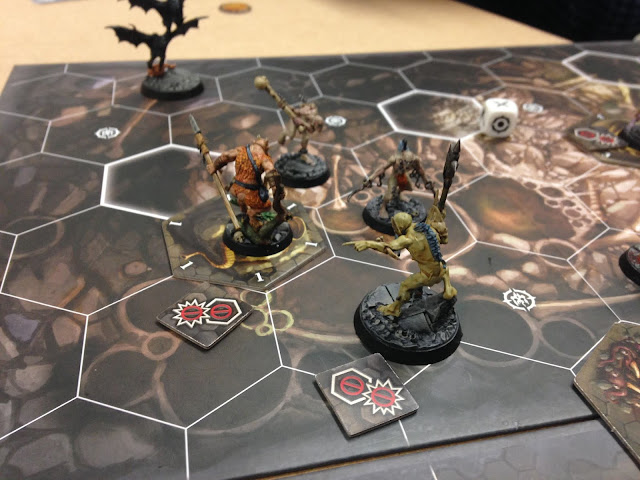 This turns into a real chess match. 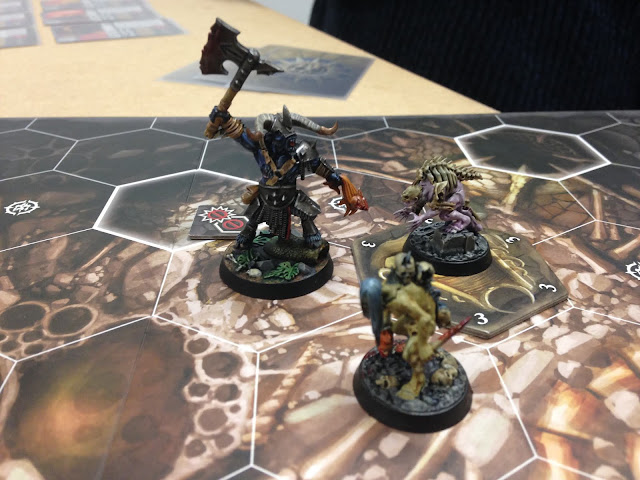 Due to the Glory cards being objective based there is a surprising number of figures left on the board at the end of the third turn!

I manage to take the last game and therefore the win 10 glory to 9. 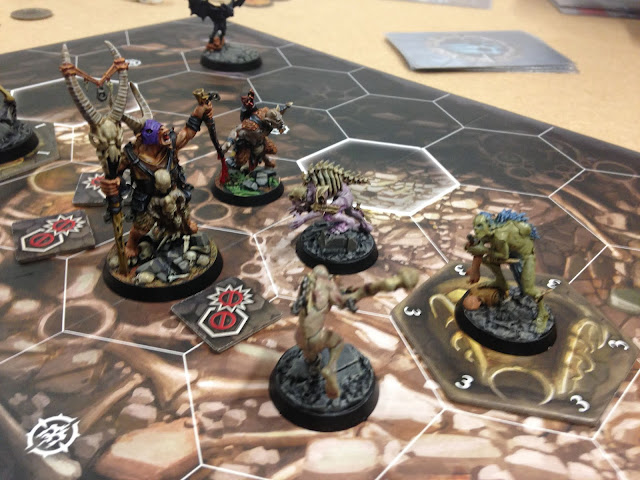 I say this again, GW have REALLY knocked it out of the park with this game!!

Email ThisBlogThis!Share to TwitterShare to FacebookShare to Pinterest
Labels: underworlds