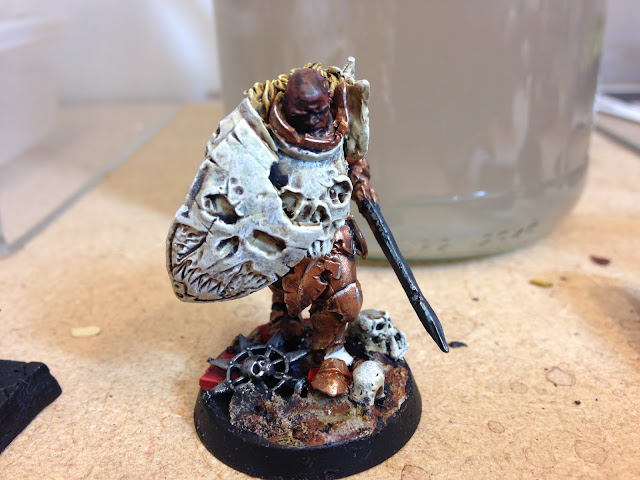 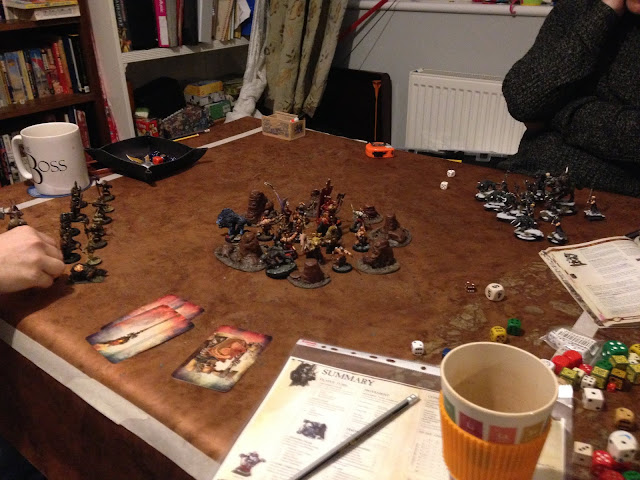 Noticing that the followers of Nurgle are a bit skittish today and constantly failing panic checks I decide to charge out and see if I can cause some routs.

I target the more squishy elements of Shaggy's warband and am more then pleased when several of the Followers of Nurgle poop their pants and run! 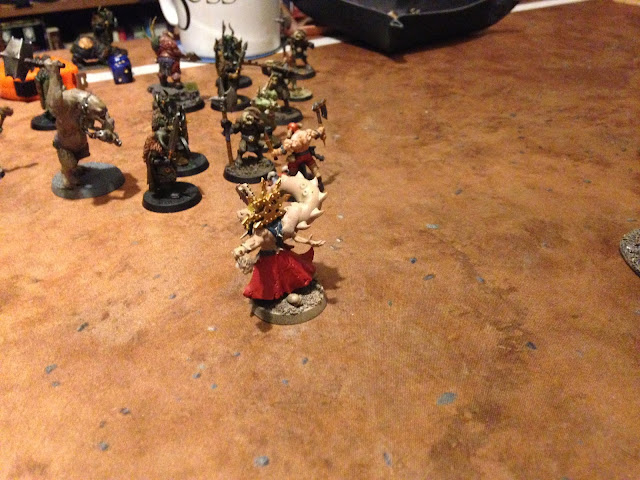 Seeing as I am taking on two warbands it is decided (by me!) that anyone crossing over the stones has to take a 'dangerous terrain test'

Yep Lee rolls a one on his first attempt ;0) 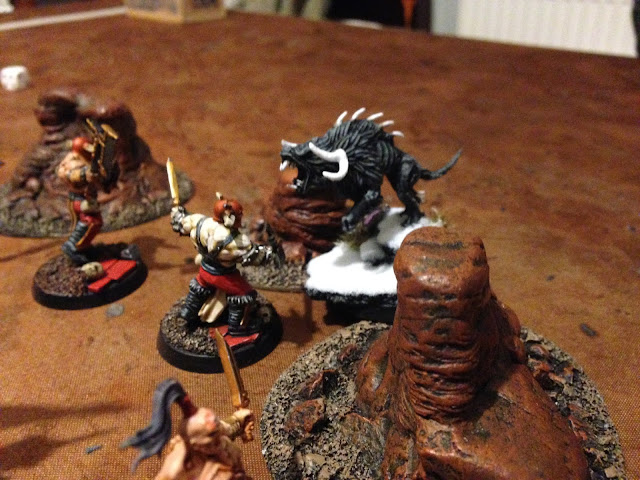 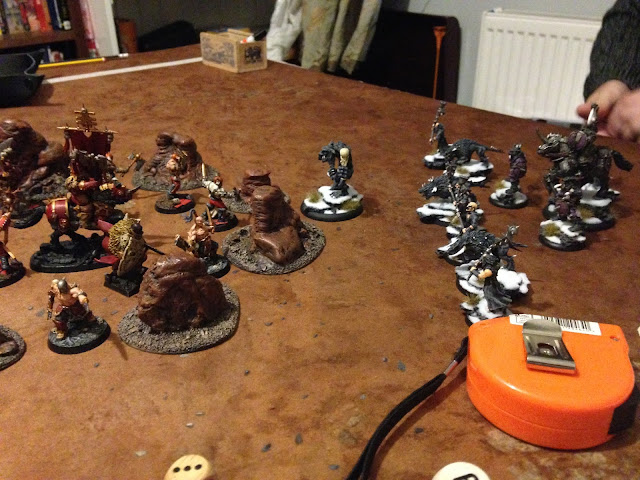 As do the Nurglings! 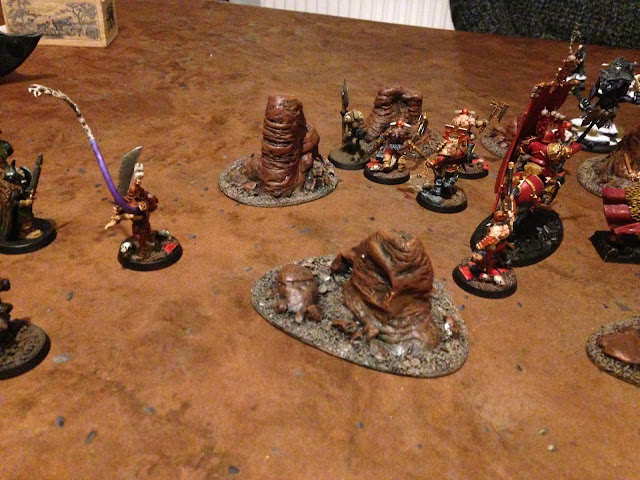 Thankfully several of the Nurglings have legged it at this stage ;0) 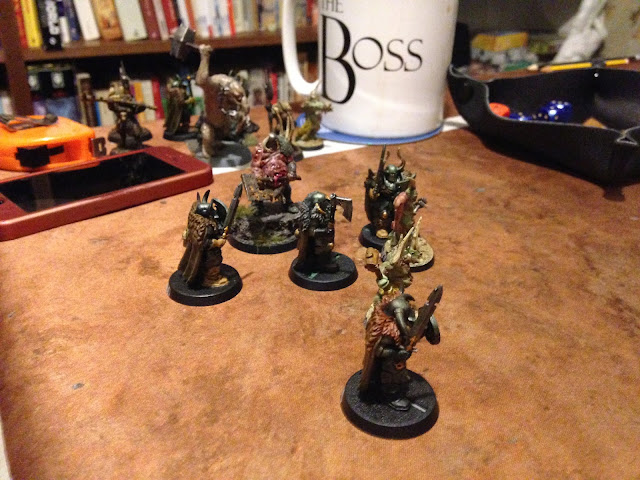 Lee decides it's time to strike! 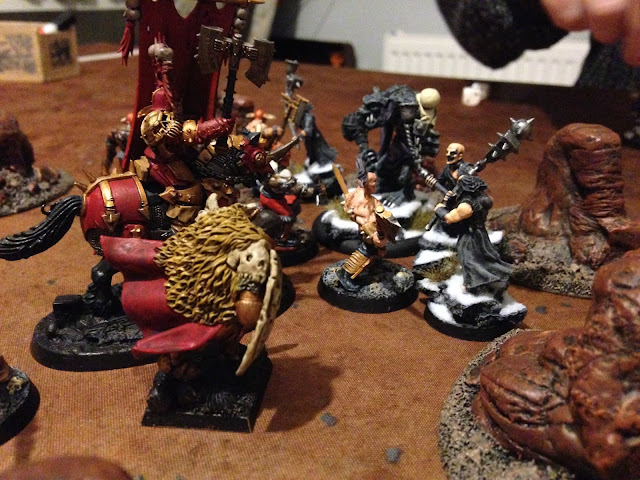 Thankfully at this point Shaggy decides he has had enough and decides to break for the hills. 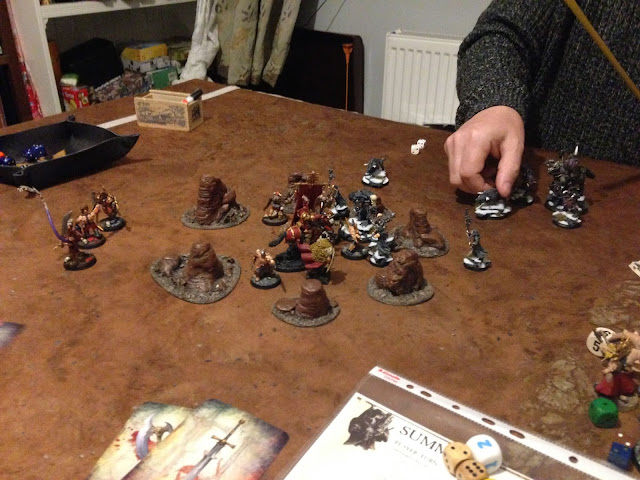 Even Lee's leader commits to the fight. Despite not succumbing to the alluring nipples my Warrior of Chaos still fails to hit the side of a barn! 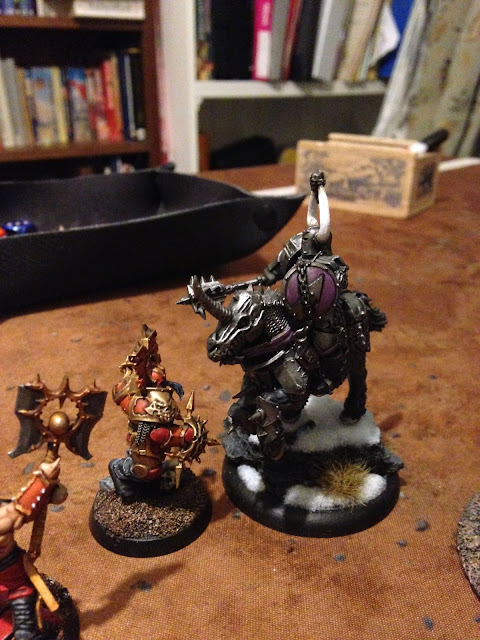 My valiant defenders attempt to hold back the surge of Slannesh but with Lee's Troll dissolving my Standard Bearer with it's puke my thin Red line starts to buckle. 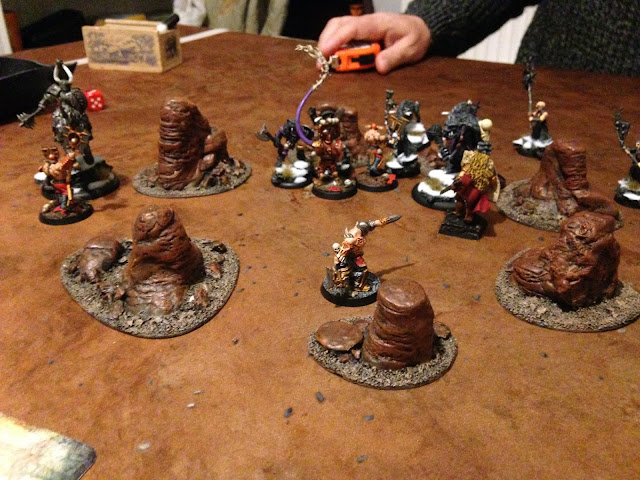 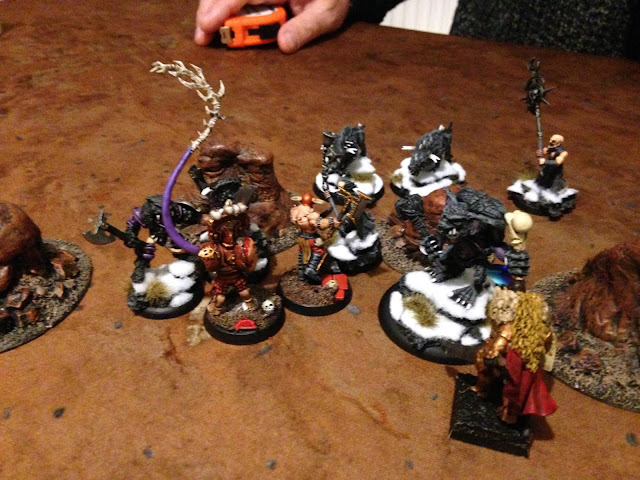 Game three would see Lee take on Shaggy in the 'Surprise attack' scenario. 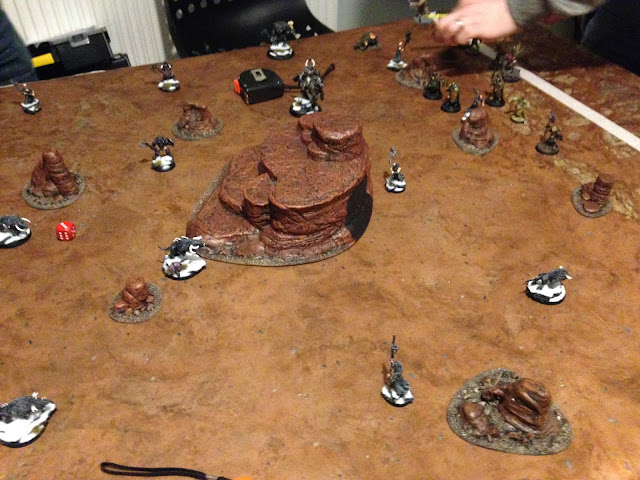 This Saw Lee's warband scattered at least 8" apart from each other as they forage for food.

Shaggy then gets to pick which table edge he will appear from.

This turned into a cracking game with Lee's forces rushing to form a shield wall and repulsing the surprise attack. Unfortunately my camera run out of battery so no photos.

Lee was more then chuffed when he rolled up ANOTHER two trolls with his gained infamy.

Shaggy and I were not as impressed :0/

I was so pleased with Skull's performance this week I finally decided to finish his paint job. 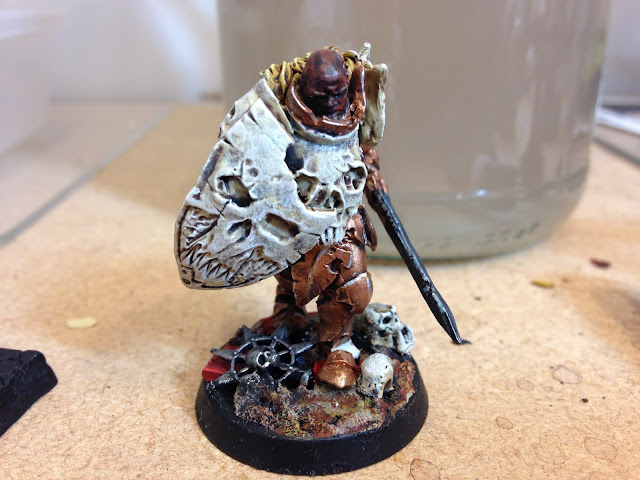 'Blessed of Khorne' also got finished up as well. 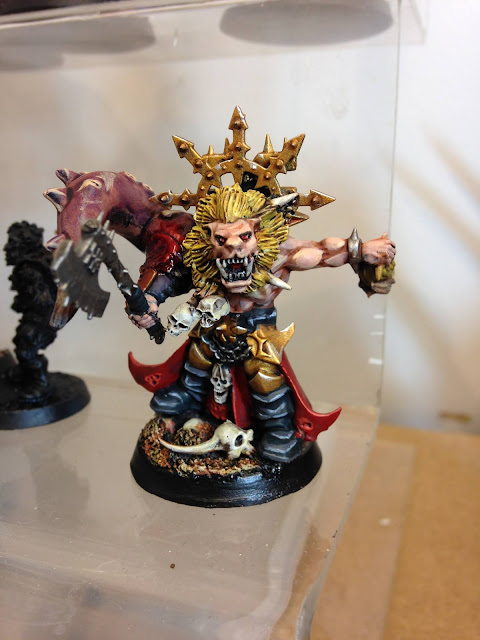 And so did 'Herald of Khorne'. 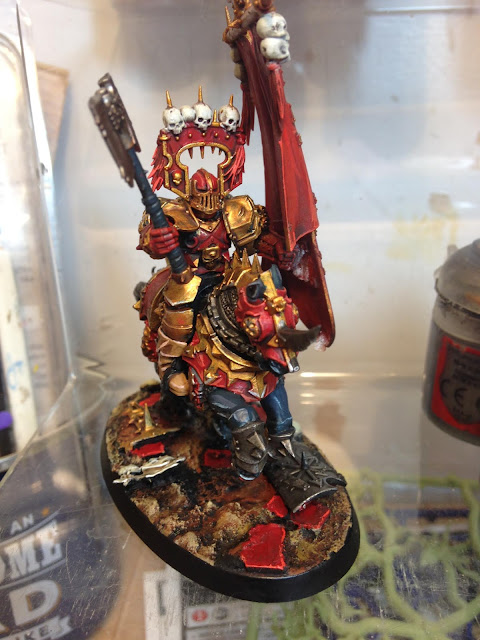 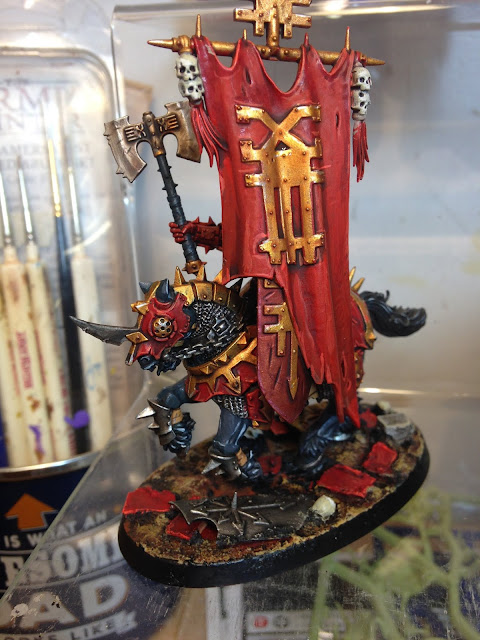