Here are some pics of the painting I managed to complete while away. 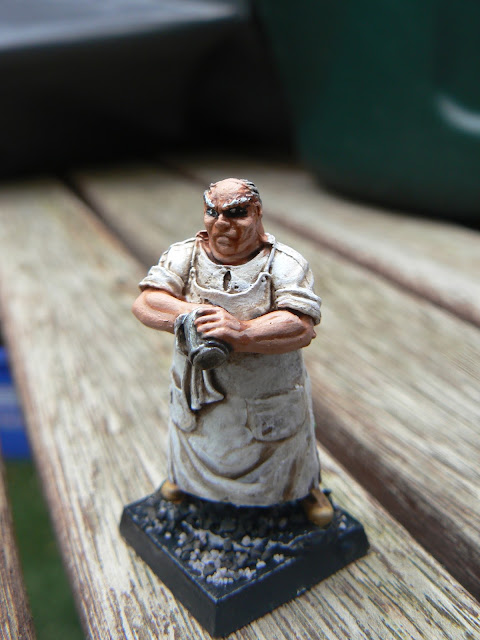 This is the bartender from the Reaper Kulhaven set.

This fella is painted up as a NPC element for my games of Mordheim.

He has also ended up in my Empire army militia and has already seen off a Orc Stone Golum and a unit of 20 Arrow boyz! 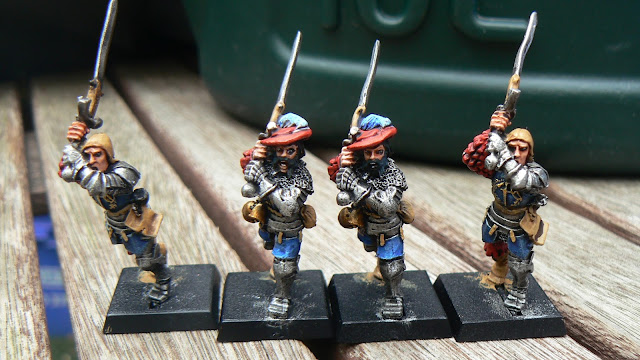 The lovely fact is the weather was beautiful and we had a brilliant time so I spent very little time with the brushes.

I did get 4 Greatswords finished as well. The truth is they are not great sculpts and I have a lot of duplicates in the set I bought. Thankfully I bought a set of the modern efforts and the set above will probably end up in the rear ranks.

I also wanted to show off a effort of my friend Lee. He is a WHF salty dog and it was a pleasure to play his fully painted Orcs. Unfortunately the sun was setting so I never really got a chance to take any photos. 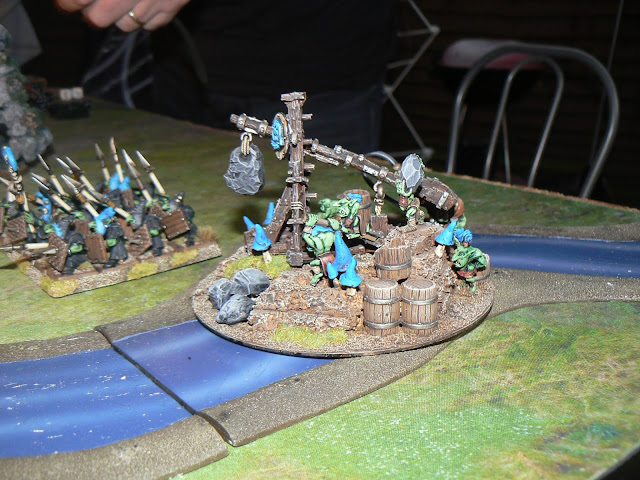 One realisation I have had is that I am going to need to field more spearmen as it looks like we will be playing 1500 to 2000 point games. This is great but there was no way I was looking to paint another dozen of the pigs!

This has led to me pulling out the green stuff and creating this guy . . . . . 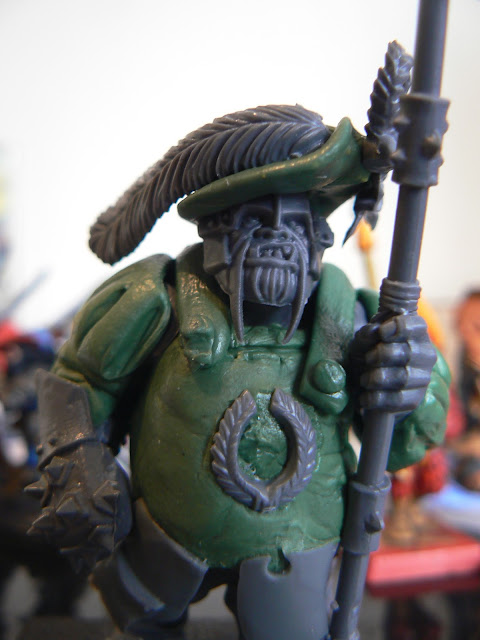 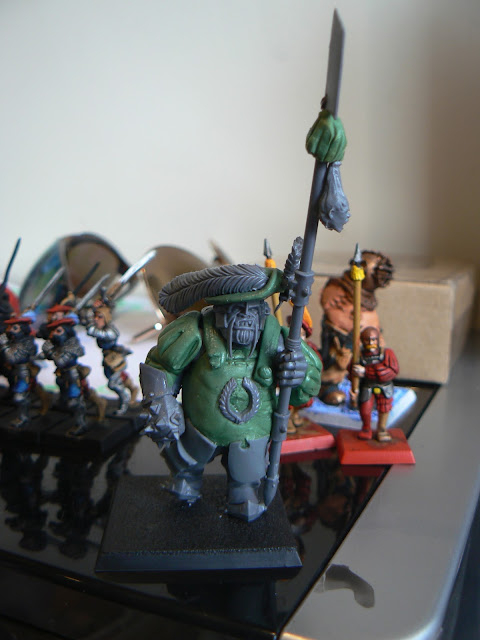 Miniatures painted / sold this year = 83 (silver tower does not count)

Miniatures bought 15 (silver tower does not count)
371 miniatures to go!
68 in the black this year
Posted by riot ville at 05:34