I need 9 Knights for my squadron of knights to make up my 750 points for the tale of 4 gamers.

There was no way I was going to fork out another £15 for a box of Knights so rooted through a box of old minis and found an old GW Bretonnian Knight.

Stuck a couple of spare bits on the mini (i.e. Shield, lance etc), and hoped no one would notice.

Of course they did! 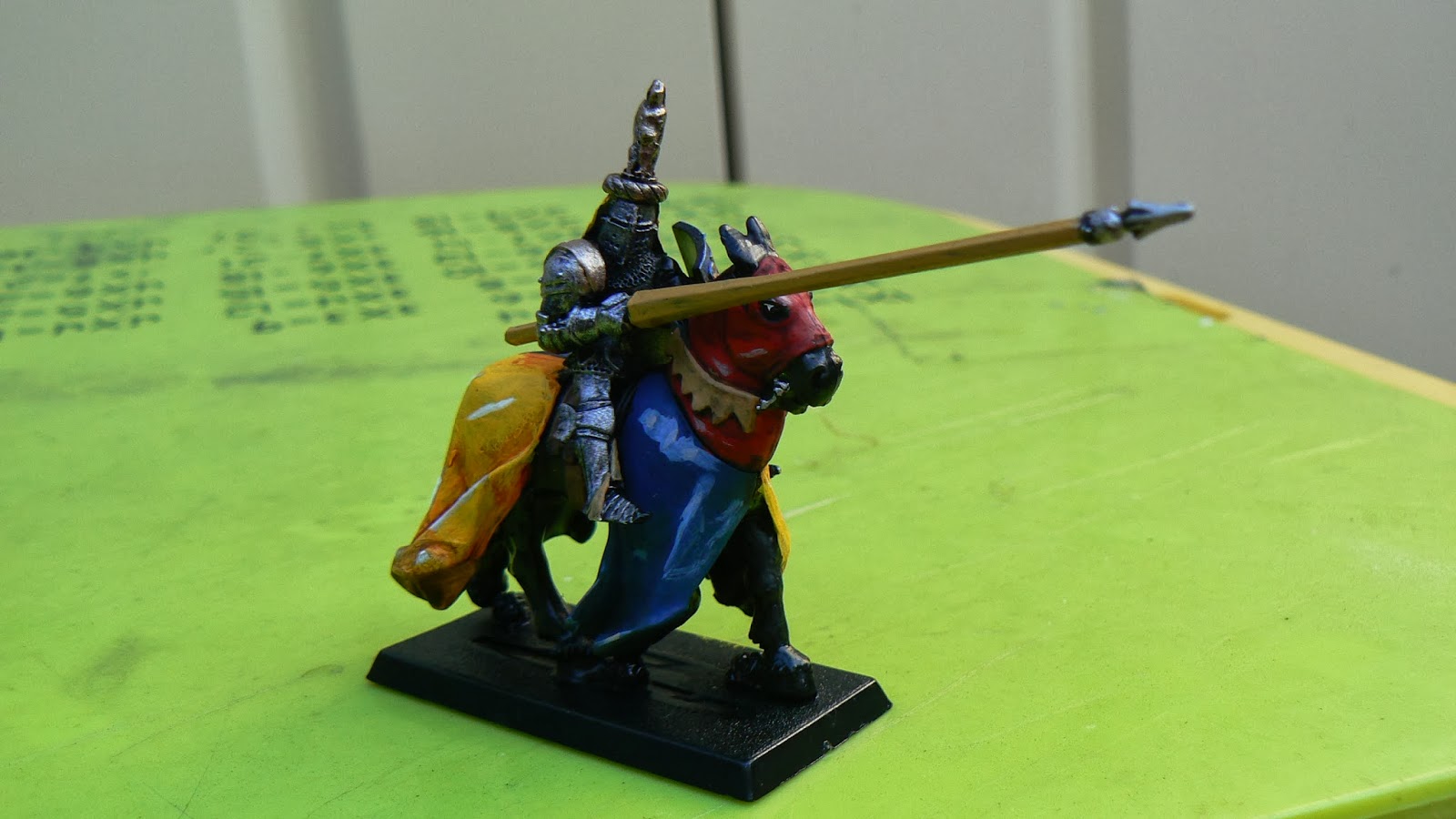 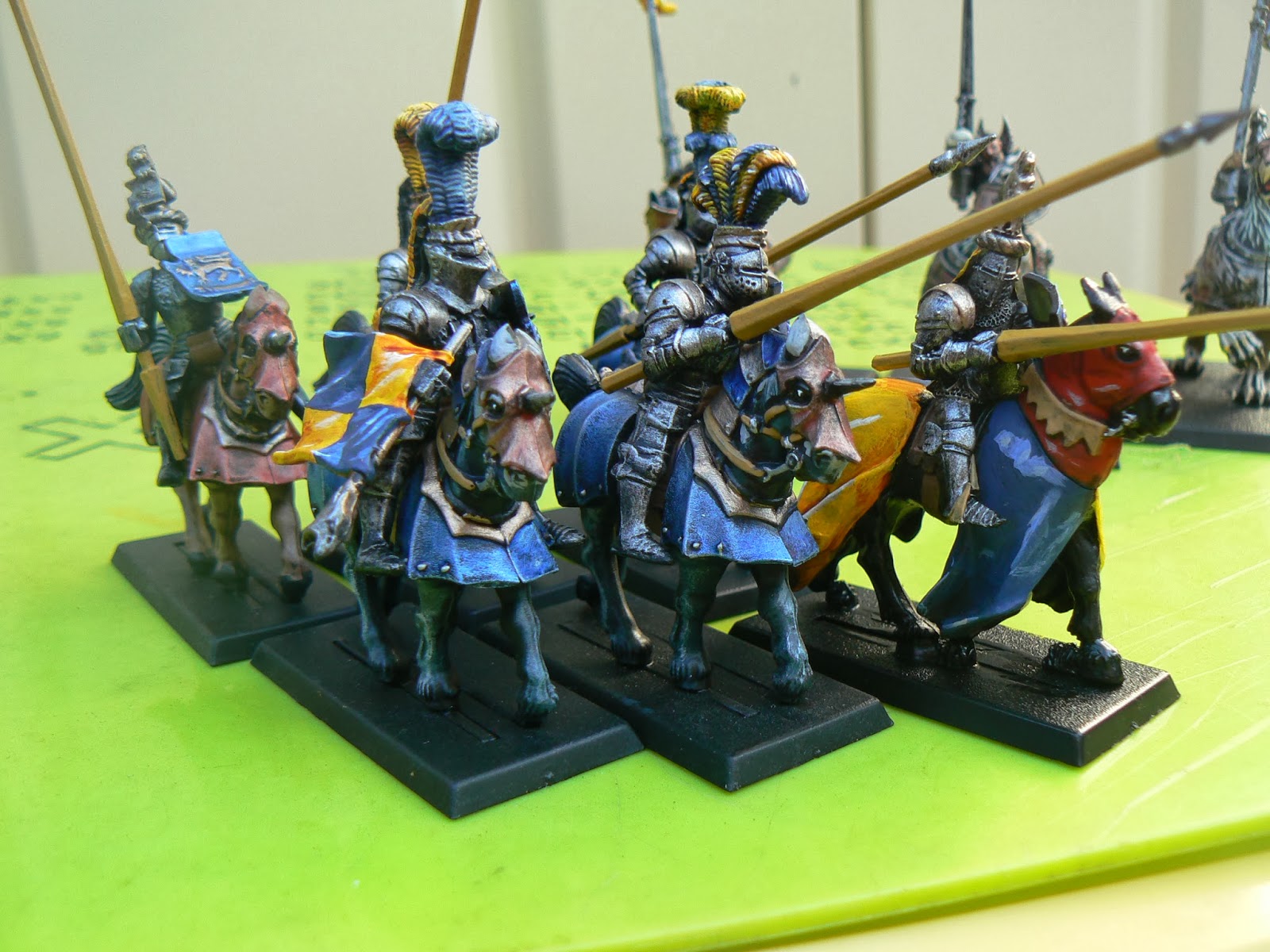 as the campaign is story driven I have decided the "Last Bretonnian" was originally part of the Bretonnian forces charged with "escorting" the Imperial forces through Bretonnia to make sure they behaved themselves and did not wonder off to rape and pillage (like you do on tour).

As the stories of the riches to be won grew and grew during the trip, the Bretonnian escort decided to abscond from their duties once at the border and joined the Imperial Expedition!

Unfortunately the "last Bretonnians" comrades were all massacred during an ill fated charge at Blood pass trying to establish their bridge head."The last Bretonnian" was absent from the battle due to being laid low with dysentery!!!!

In a vow to avenge his lost comrades and regain his honour he now insists in being of the front rank of all charges. He has slowly been equiped with spare equipment from the Empire stores as his equipment worn out.