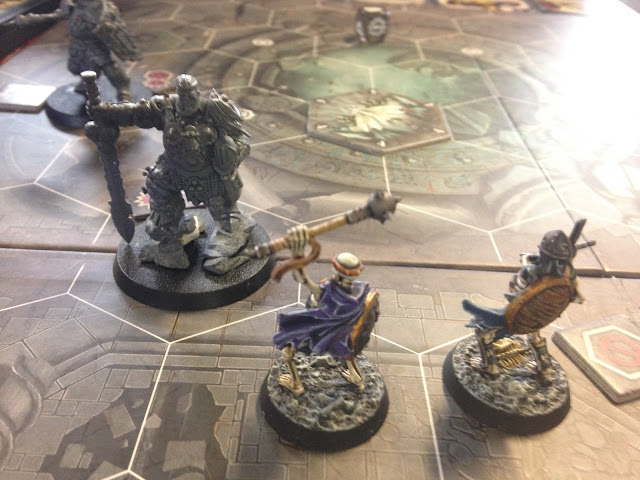 
With Lee and Lano out of action for the last couple of weeks and my Dads birthday last week things on the hobby front have been really sparse.

The hope had been to have the garage close to finished up by now as I am itching to paint! Unfortunately due to delays on the kitchen extension there is no point in kitting out the garage. Looks like it will not be finished until March or April next year :0(

This last Friday we did manage to have a meeting of the Creative Biscuit gang. 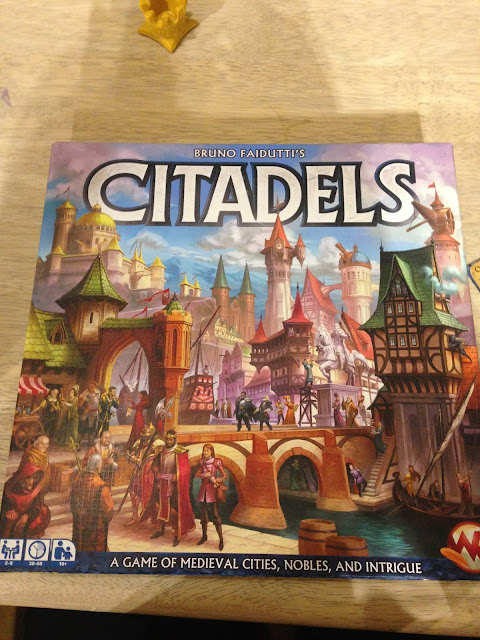 Turned out to be a fun little card based game.

It was so fun we played three games in a row!

With Lee helping his lad move back from Uni for the Christmas break I thought I had no chance of getting any games in until Lano put me on to their playing Shadespire at the Magic Madhouse (formally the Cantina EXP).

I had thoughts of the nightmare of trying to get to the place but with free parking on a Sunday I figured I will give it a chance.

Really pleased I did! 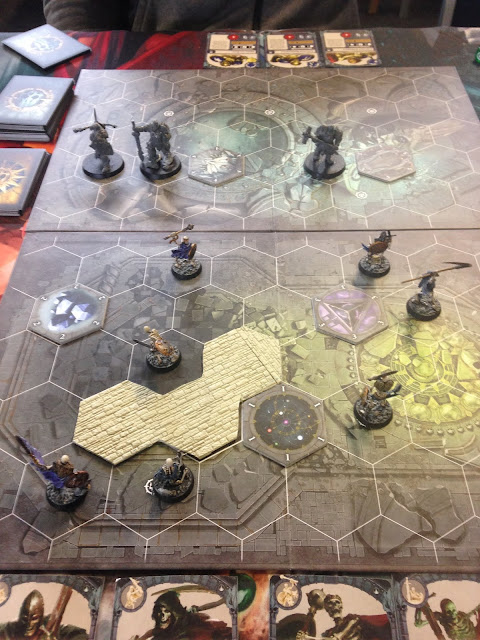 The first game saw me playing Nigel with his Nurgle inspired Sigmarites. Nigel was also kind enough to also supply Chocolates and mince pies on account of it being his birthday. RESULT!! 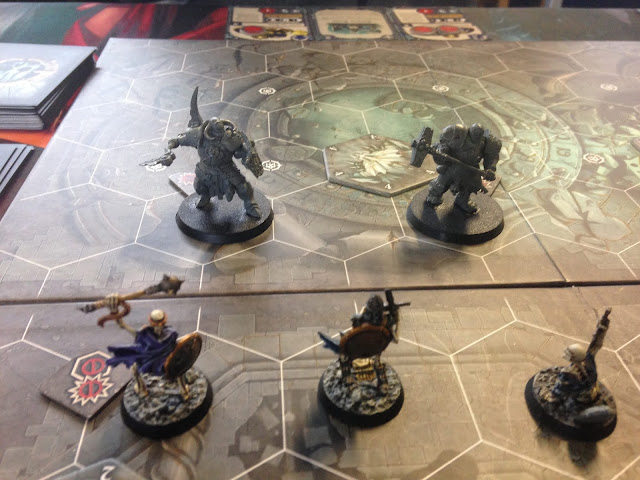 The first of three games saw me romp home the victor 12 glory to 4. 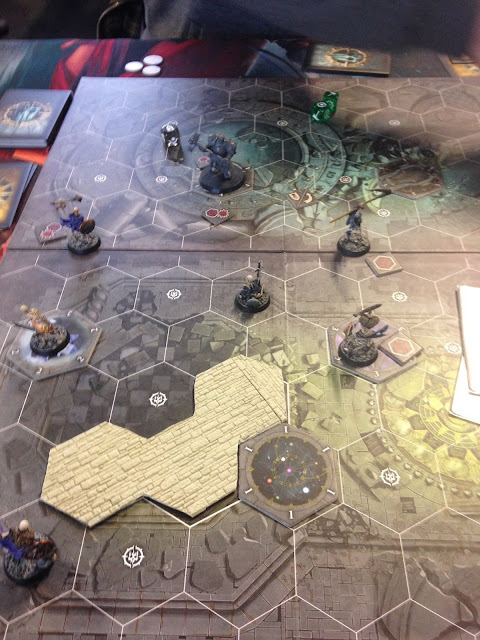 However the next two games were very different affairs with me struggling with my deck draws in game two.

The third game was a closer affair but Nigel took the nod as we played the best of three. 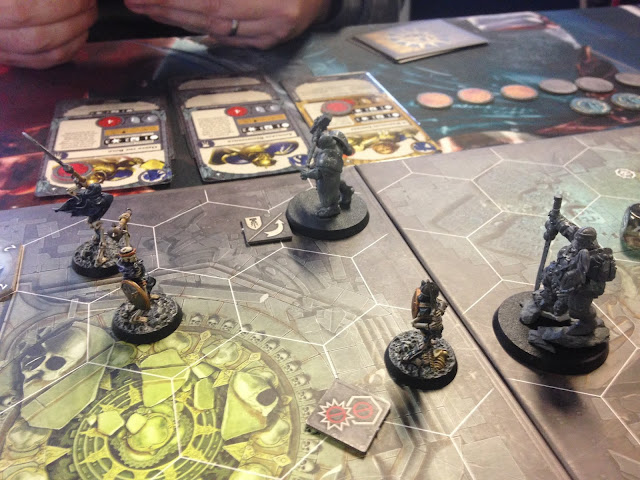 I had enough time left over to grab another game as my opponent (whose name I have forgotten) pulled out Magores fiends, a warband I have been desperate to see in action! 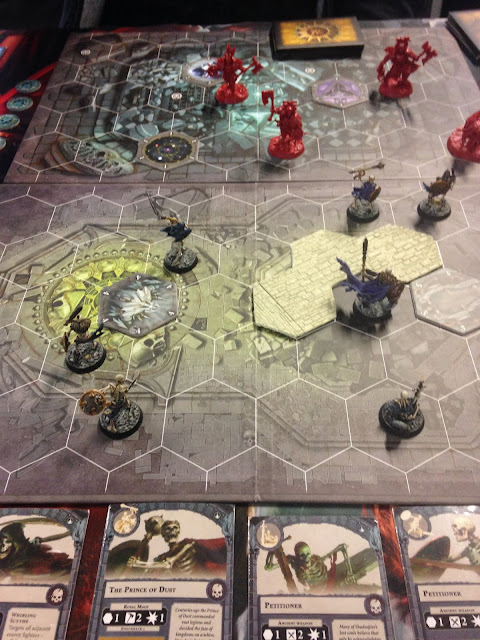 This basically saw the forces of Khorne smashing their way through my Skellies as I just raised more to feed the blender! 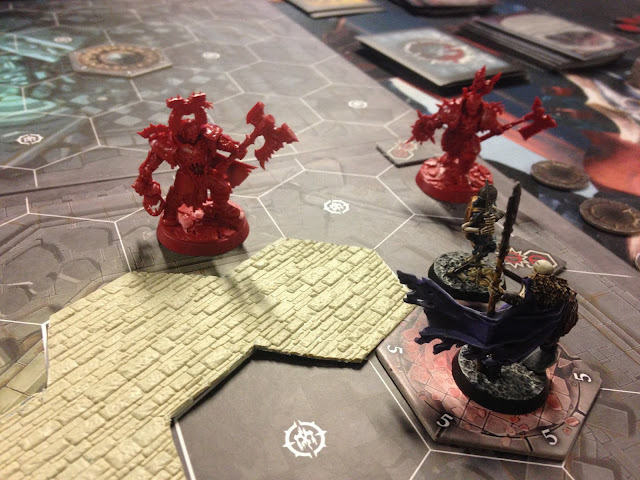 Despite this the game pivoted on my opponent rolling a crit to save one of his pieces late in the third turn. This would see my opponent win by two glory.

Decided on a crit, that's a pretty close game!

The Magic Madhouse has now relocated to the top floor of the original building. I think this is a sound move as the slightly smaller floorspace gives the place a less threadbare appearance and actually improves the experience there.

Now I need to talk to the misses about sorting out a painting space in the house until the garage is finished. Wish me luck.
Posted by Riot at 09:48