Visit to Warhammer World, part 3 of 4! Within which I eat an enormous Burger!


Still staggering from the gigantic diorama we had just witnessed we stumble into the final rooms to see. . . . . 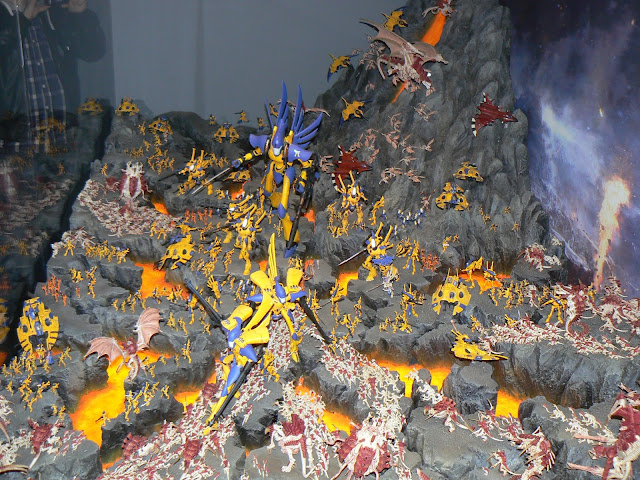 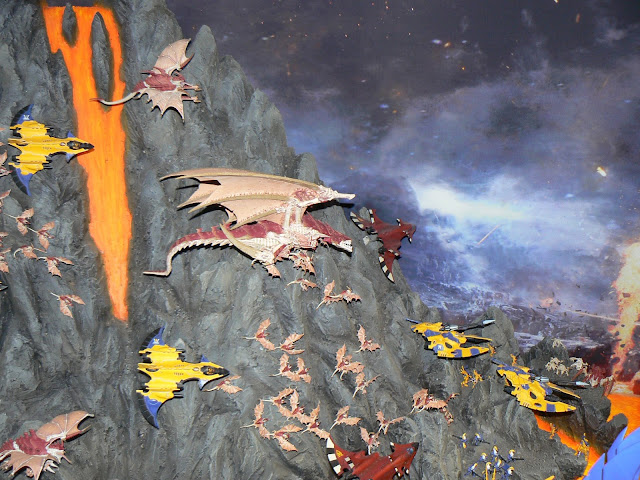 At this point there was much sniggering at the expense of Cheesemeister Ed who is our resident Pointy eared fan boy and beardy who was missing all the pointy eared action.

There may have been some ribbing on myface or whatever it's called! 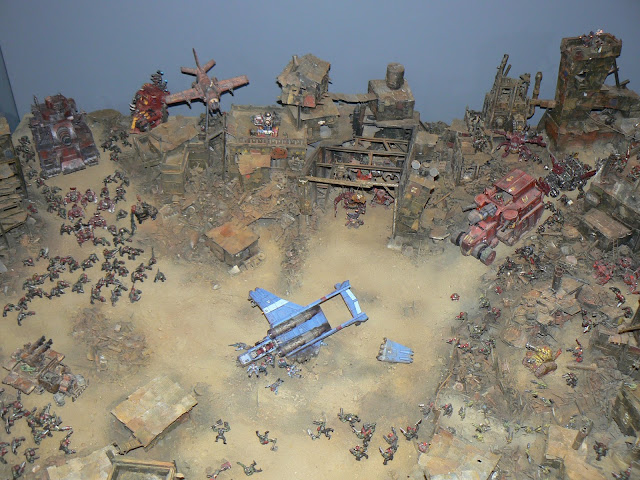 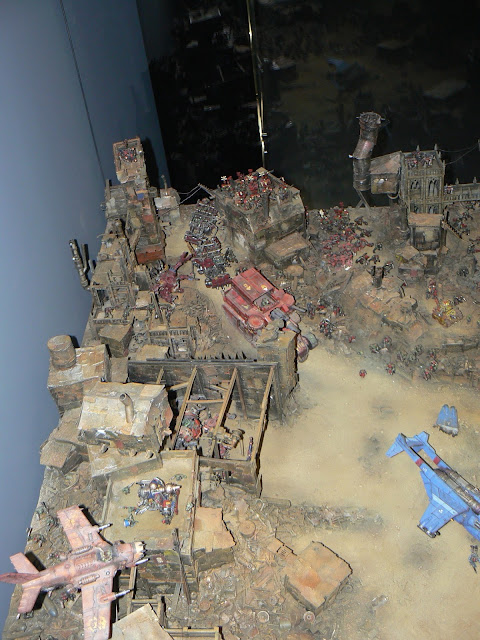 Then these gorgeous FW Renegade Ogryns which nearly ended up in my shopping basket later! 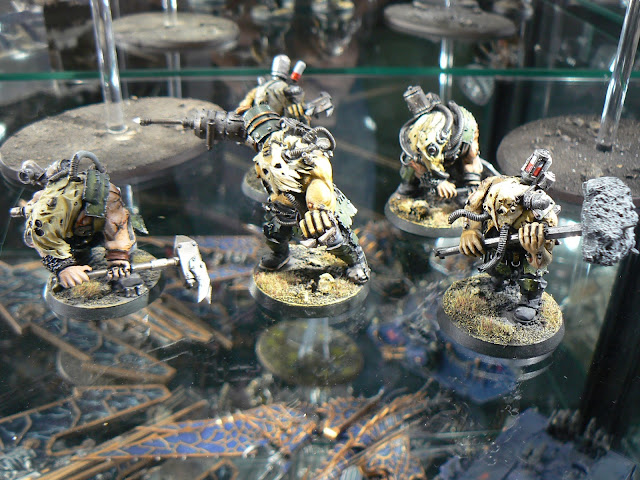 Then it went a little bit Orky!!!! 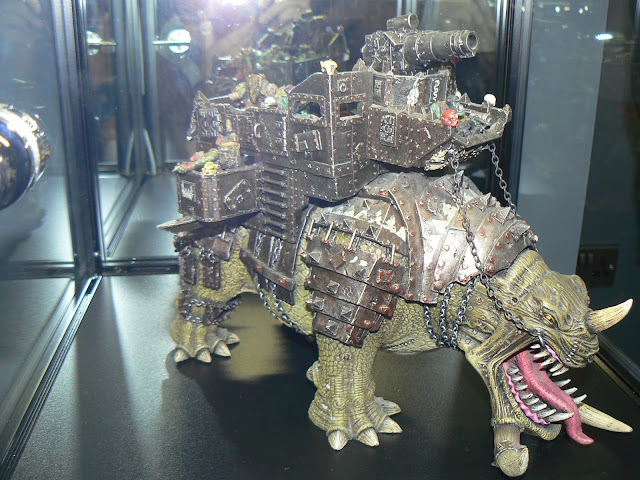 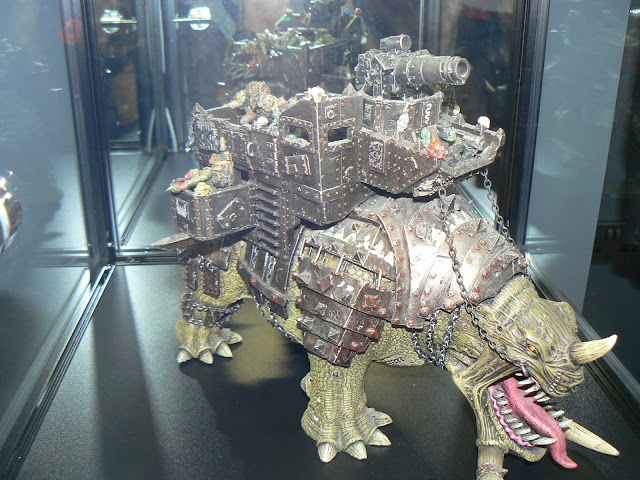 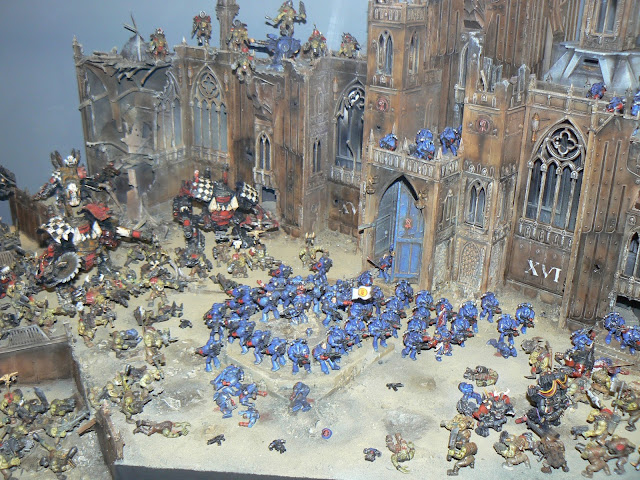 Yep its the Rouge Trader cover, last stand of the Crimson Fists!!! 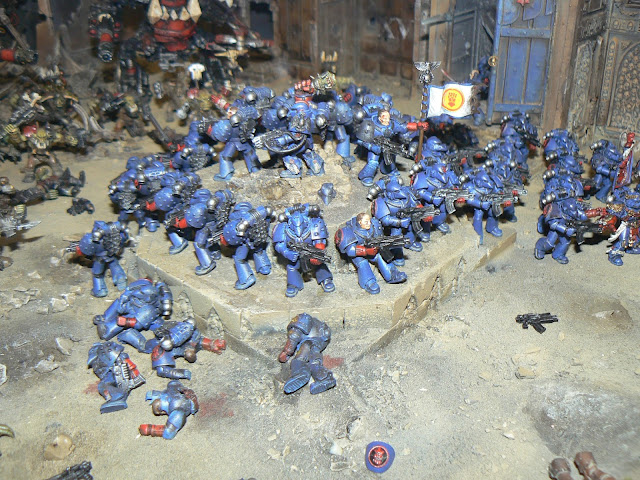 I think a little bit of pee actually come out at this point! 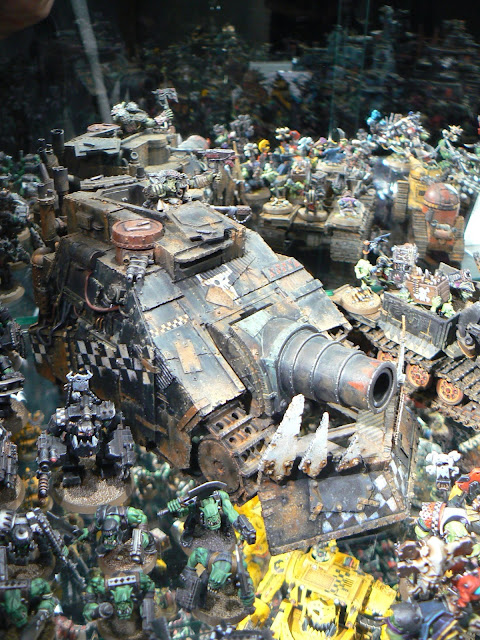 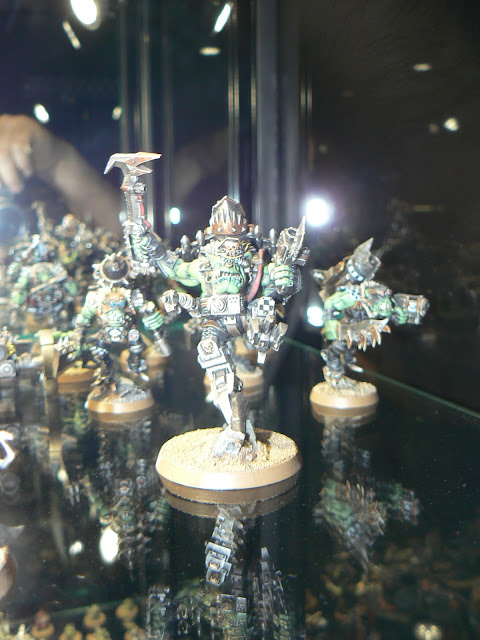 Final display was of a(nother) giant battle, between the Adeptus and Tau!

Check out the Tau being crushed in the Titan power glove! 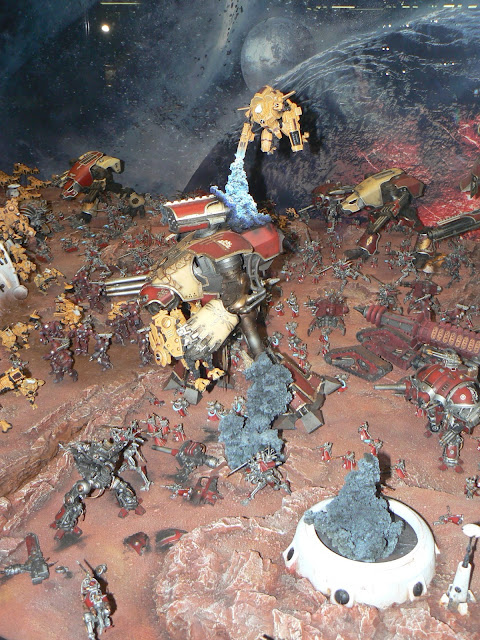 How much money sitting in that one glass case??????? 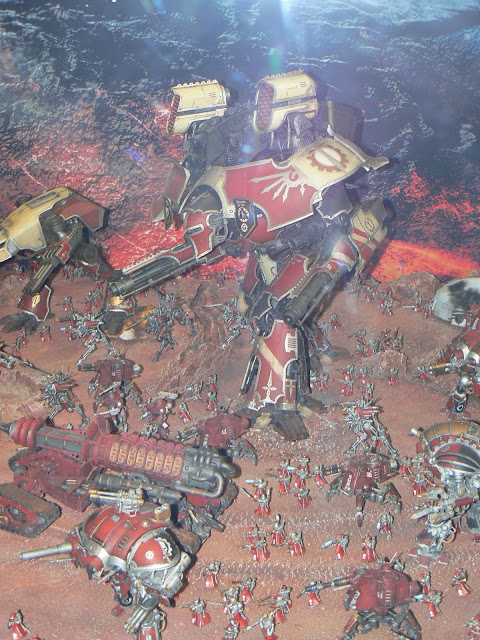 Finally we have the 'Armies on parade' entries. 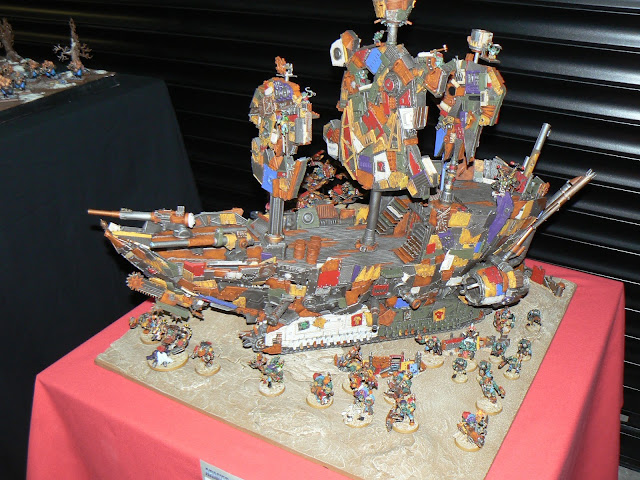 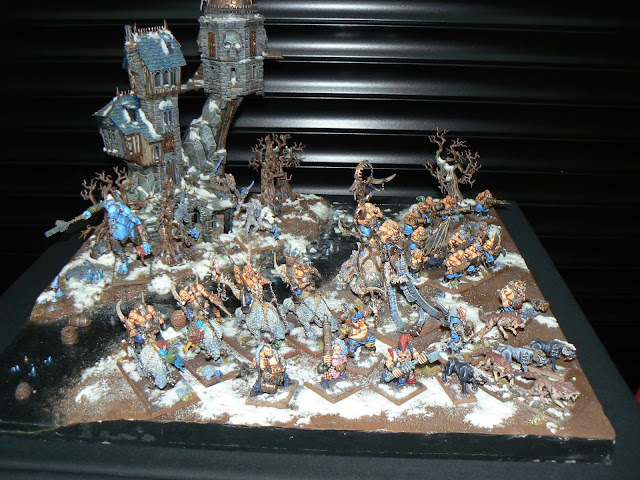 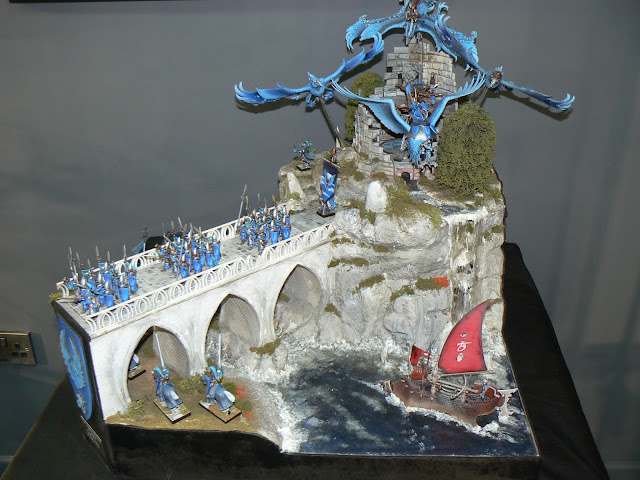 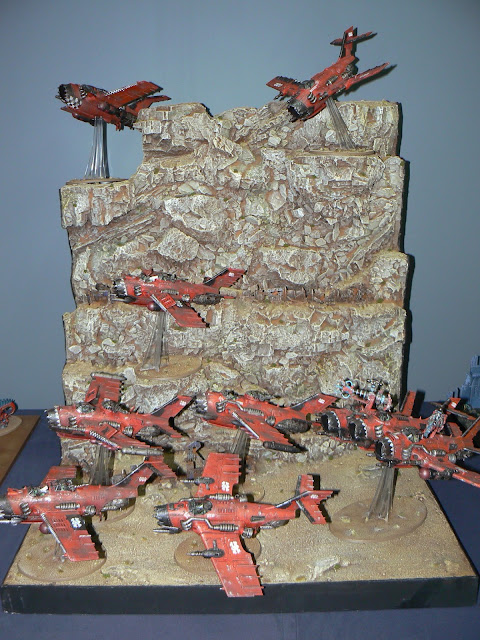 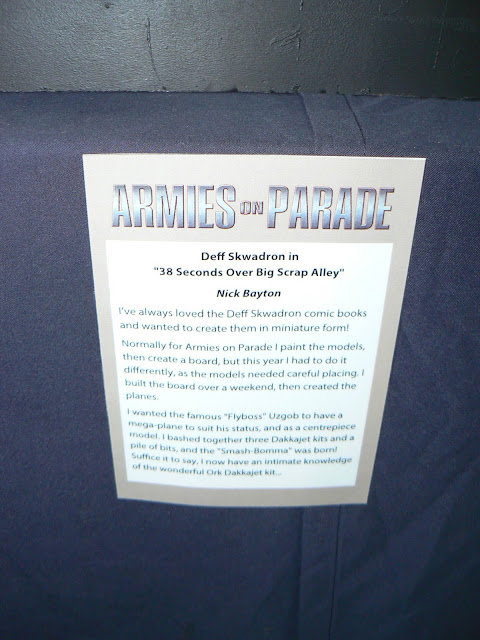 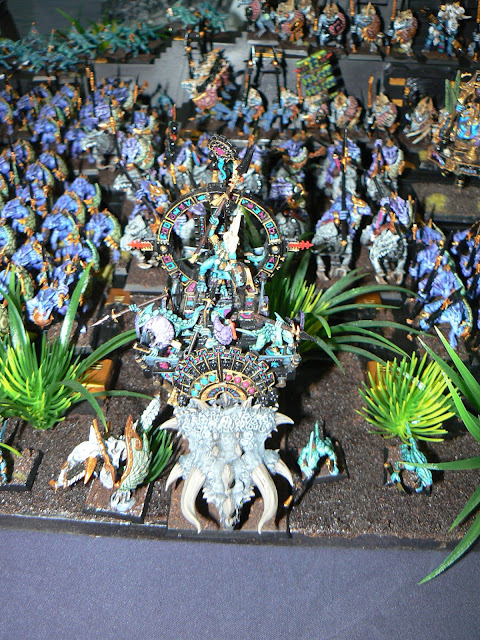 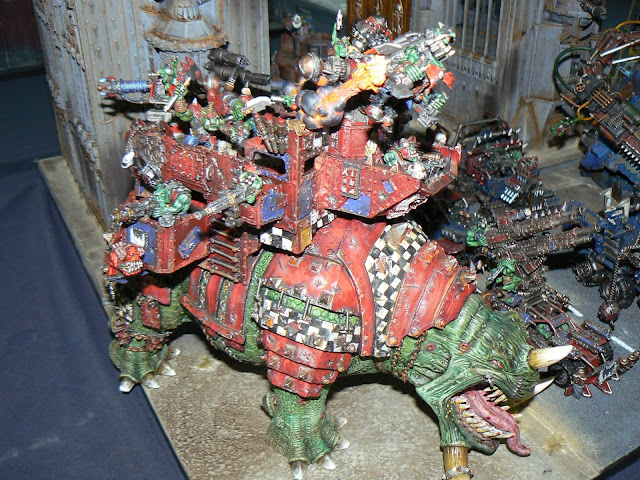 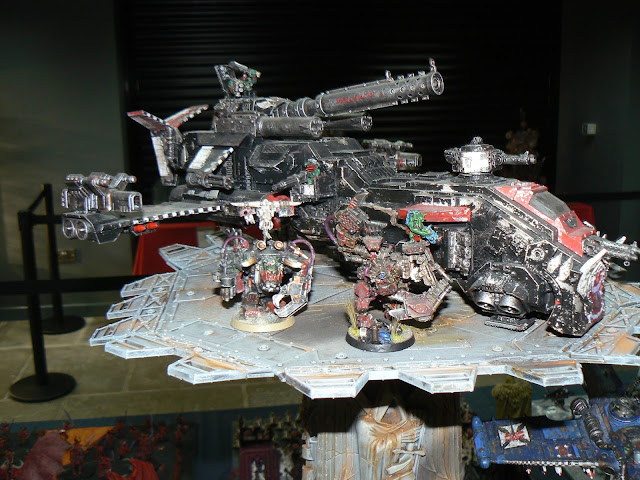 At this point I would like to say one thing. I have read a load of blogs all complaining about the price of the Exhibit halls.

I would gladly pay £7.50 to have my jaw hit the floor as many times as it did passing through those halls, to feel like an over excited, twelve year old kid again for the time I was in there and to be as inspired as I was to raise my painting game. Everyone of us on the way home talked with invigoured enthusiasm about our hobby and what we want to get done in the future.

It's (only!) 2pm and Grant and Neil have to race back so we all pop outside to get our stuff for our planned game.

Just time for a quick photo opportunity next to the Rhino. . . . . 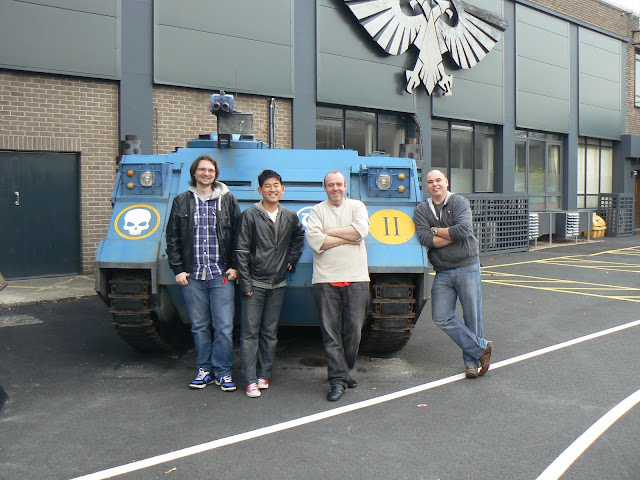 
Even Bugmans is a sight to behold!! 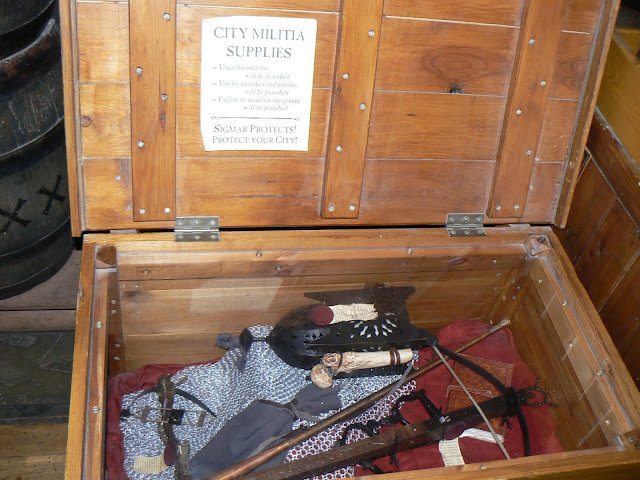 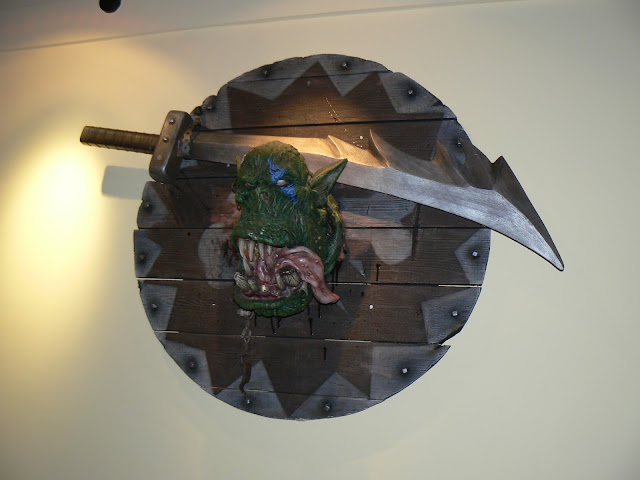 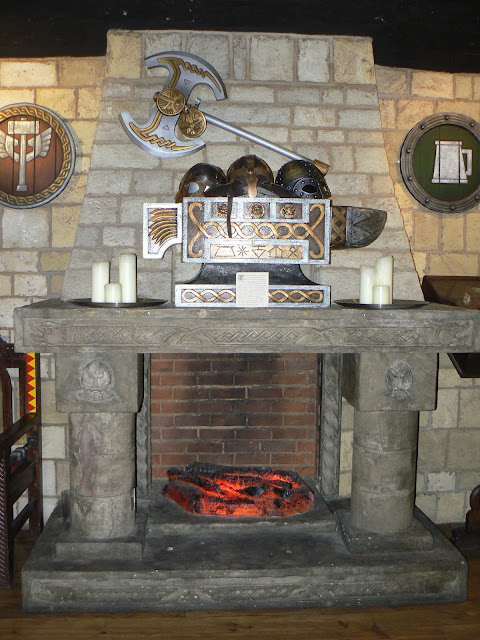 and there is NOTHING wrong with the size of the portions either!

They defy belief (for the quality, size and price tags)!

Still digesting our grub we bimble over to the Gaming table I have booked and set out our forces for a four way game of 40K, Kill Teams, but more of that next post.


So Warhammer World. . . . . AMAZING, mind bending displays!!!, WELL worth the £7.50 entry fee (for the Exhibits), Really friendly and helpful staff, Free Gaming tables, food was good and cost about the same as any Theme park I have visited, Forge World stuff was a wonder to gaze upon even in it's unpainted form (again with really friendly, helpful staff) and we all walked out completely reinvigorated with our hobby. Whats not to love!

Same time next year lads?
Posted by riot ville at 13:45