So at 7pm we downed brushes . . .exactly 24 hours after we first opened the Warhammer Quest Silver tower game. 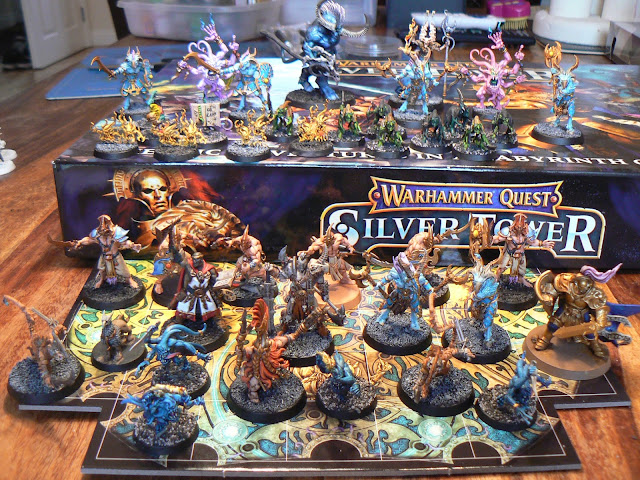 Well if you count closely you will notice there are 42 miniatures in the picture. . . . eight short of the target!!! 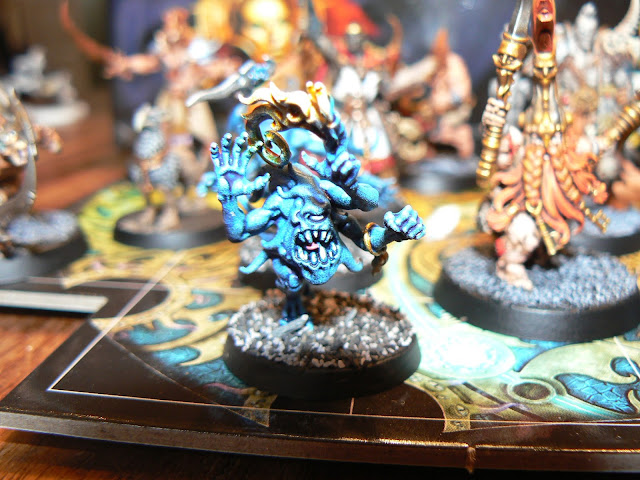 It is now 11pm on Saturday and I have had 45 minutes sleep since 6am Friday morning and truth be told I am broken! 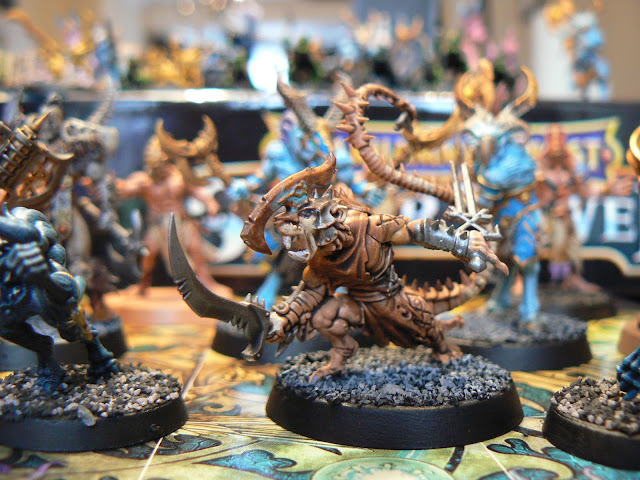 Poor Lano who did the majority of the painting and only had about 90 minutes sleep since we started this challenge Friday night! 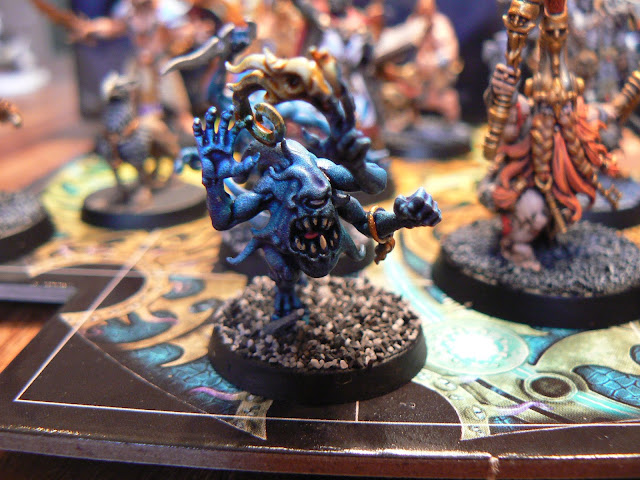 We could have cheated and painted past the 24 hour dead line but that was not the point of the exercise. 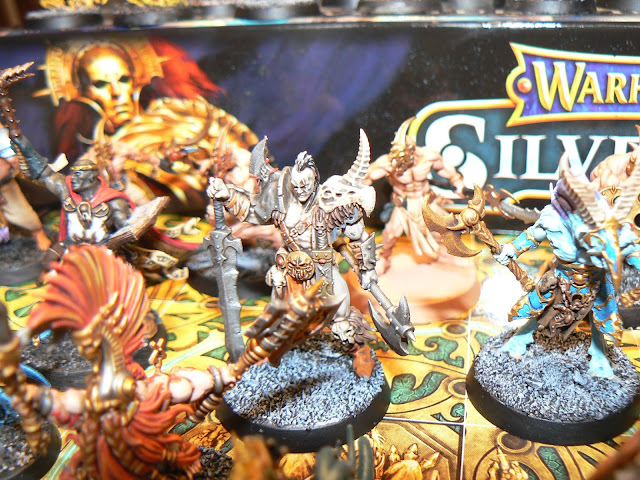 We have also managed to fit in two games of Warhammer Quest and I will probably blog those tomorrow but for now I just want to sleep. 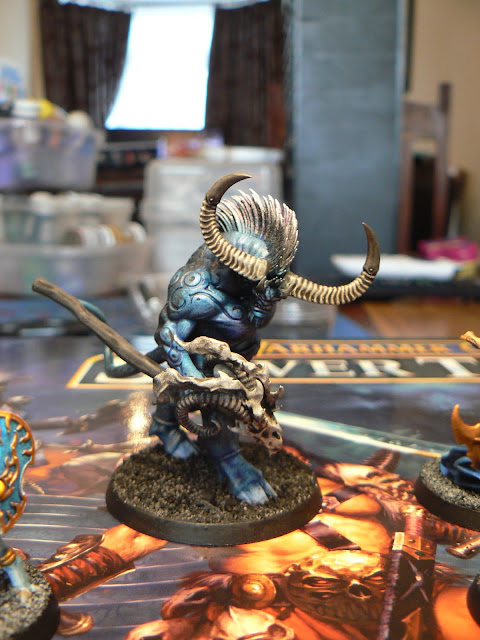 We cannot be too traumatised by the experience as we are already talking of trying it all again when Blood Bowl is re-released later in the year! 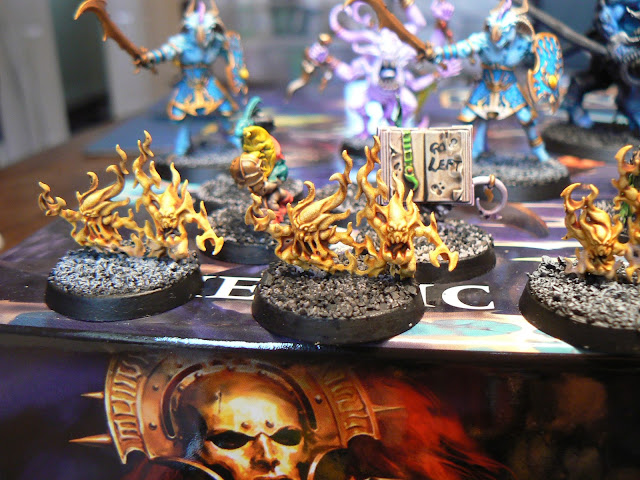 But this time we will see if we can get another set of hands on board because if we had had another painter on board for this challenge we would have smashed it with room to spare! 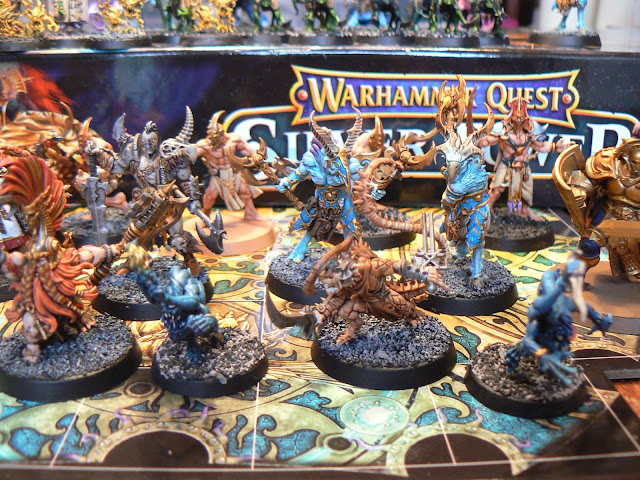 Unfortunately that was not the case and we fell eight short. 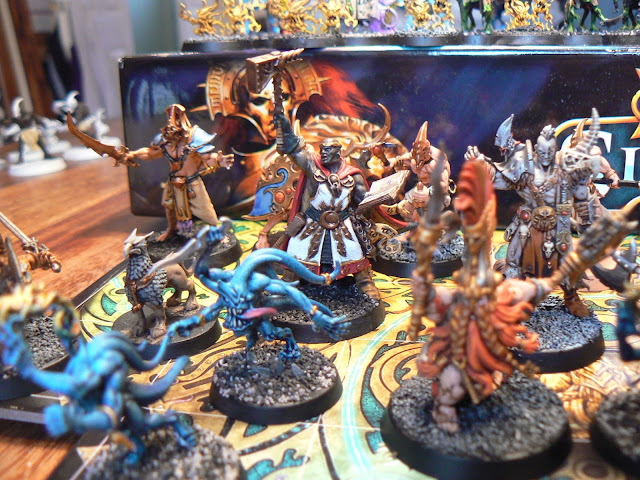 We knew it was an ambitious plan and I would rather had been carried out on my shield rather then go out with a whimper so we painted right up to the final minute. 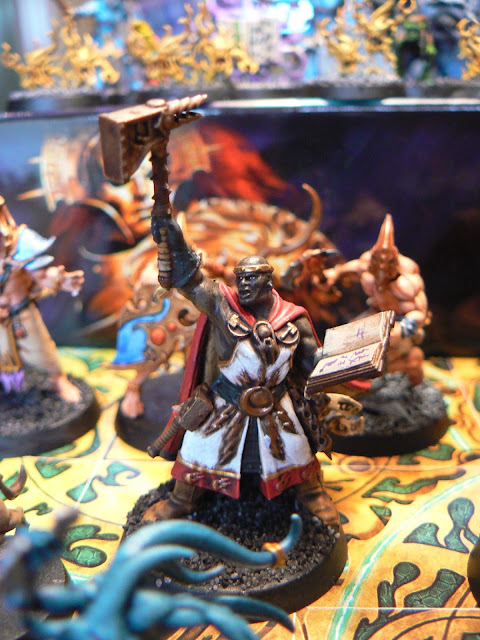 We are already talking about using the Tzeentch miniatures in some sort of Age of Sigmar / Realms of Chaos / Dragon Rampart warband as they are simply too good to waste on just Warhammer Quest Silver tower. 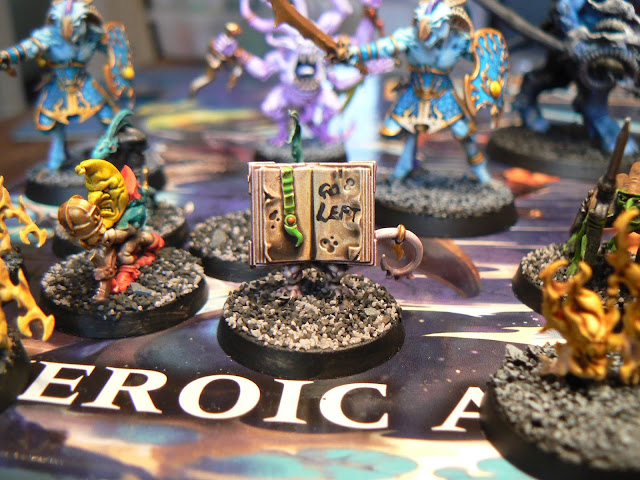 Massive thanks to Lano without whose help this epic / insane plan would have just  remained a pipe dream or taken well over a year to complete.

He is a massively talented painter who does commissions so if you are looking for a quality painter I will be happy to pass on your details to him. The quality of his work speaks for itself! 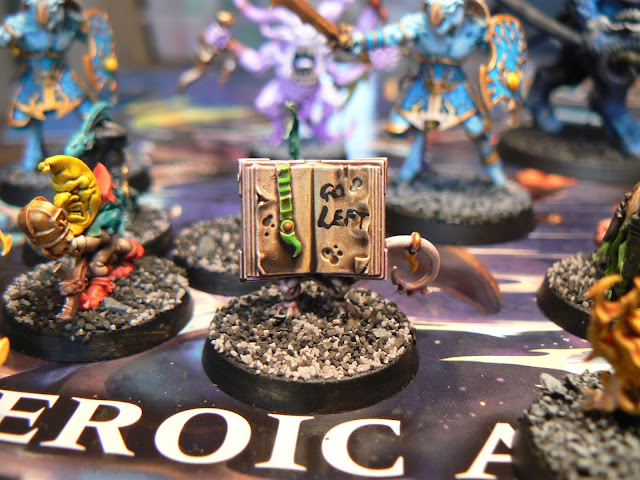 As mentioned above I will post a Battle report soon and probably a series of posts about the different sets of miniatures but for now I just want to sleep! 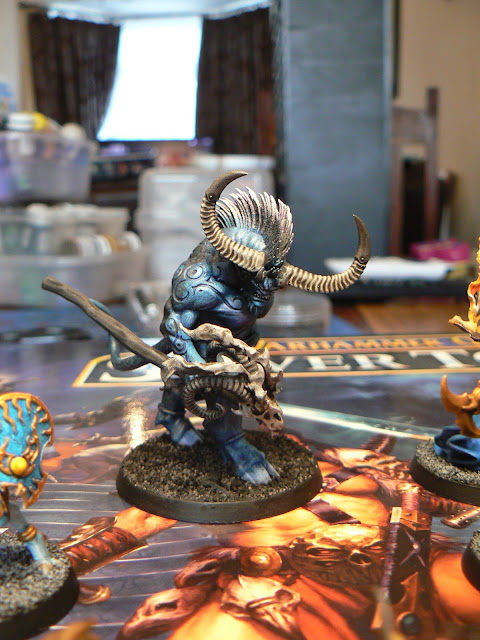 Thanks for all the supportive messages and texts it really did help us keep going in the wee hours.