Sorry folks but should hopefully have this sorted by mid April.


This post took over 45minutes to post so I need to get this sorted before I completely lose the plot!
Posted by riot ville at 13:38 3 comments: 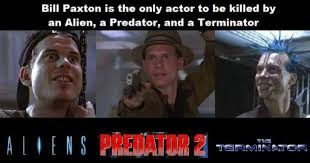 With the sad passing of Bill Paxton we had decided to pull out a classic at the next meeting at the Creative Biscuit and play a game of Leading Edge's 1989 / 1990 version of Alien and the Aliens expansion games.

Bill Paxton just seemed to be a constant of my teenage years with his appearences in Wierd Science, Near Dark and of course the immortal Aliens amoung many others.

I had to mark his passing.

Tim and Macca were willing participants so they buckled up their M3 body armour, locked and loaded their M41A pulse rifles and climbed aboard the UD-4L Cheyenne Dropship for a 'express elevator to Hell, going down!'.

Mission one was the 'Reactor room' mission were they investigate the finding of the missing colonists. 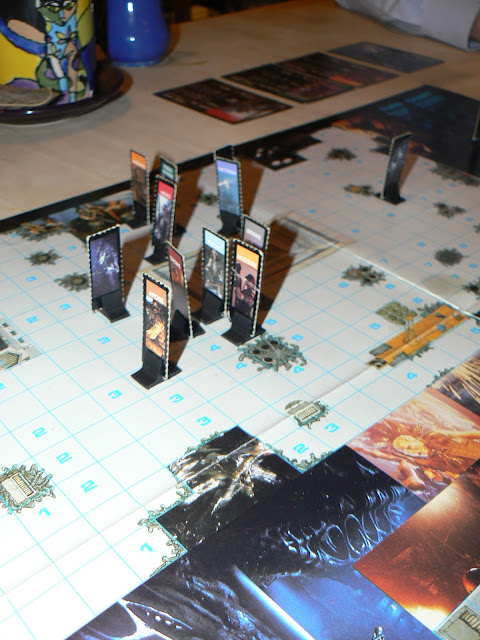 Suddenly the motion sensors light up as multiple signals fill the screens. 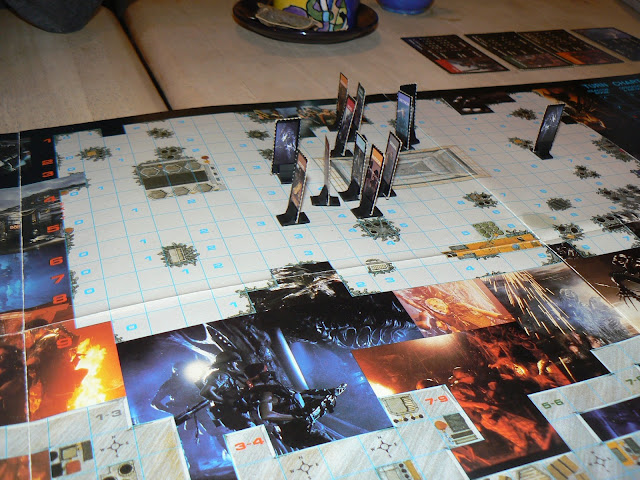 The battle was fast and furious with only 3 Marines managing to exit the reactor room. 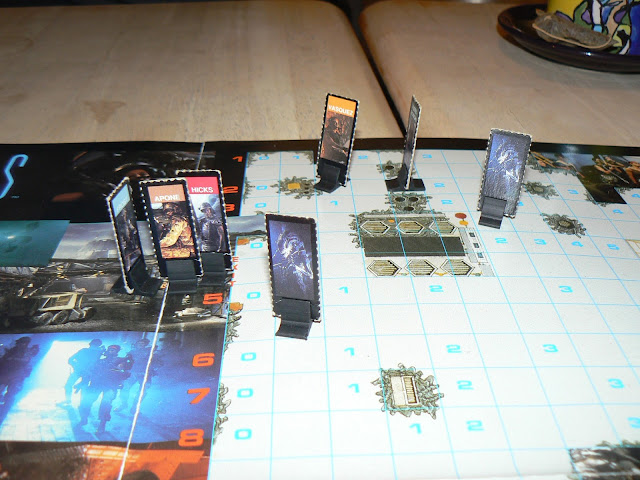 Because Macca 'Don't leave our own behind', he and Tim load up what remains of their weaponry and headed back into the reactor room lower levels to rescue their brothers in arms. . . . . . .

Played the game with a RPG vibe and it really seemed to work with the fella's clueless about what was happening and suitably paranoid and jittery as the games progressed!

On a side note the first battles of the Path to Glory last Sunday was an absolute blast with all sorts of shernanigans going on. Ended up with an additional 4 Chaos hounds and a chosen of Chaos. No photos as we had all sorts of proxies (including Elves!!!!!) and unpainted miniatures in the table so we decided no photos to save everyones blushes!
Posted by riot ville at 15:14 6 comments: 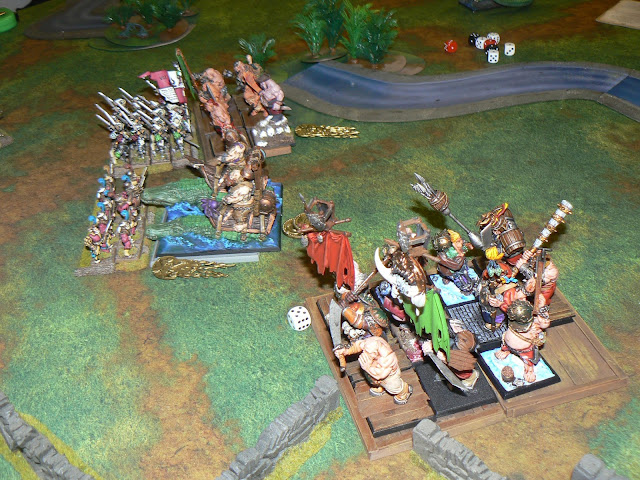 Second game of last sunday was a 2000 point tussle against Lee.

To my great surprise Lee pulled out 2000 points of Empire!

But they were a great looking army!!

Photos after the break. 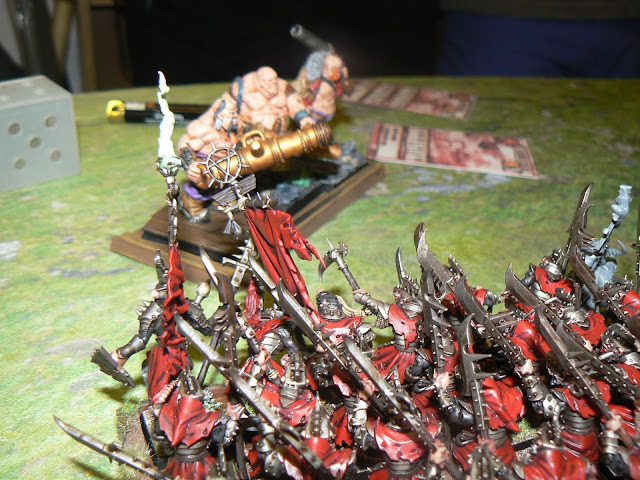 First game I had Sunday was against Phil and his bloody Skaven.

We set out the following forces while we waited for the other two to turn up.
Read more »
Posted by riot ville at 12:08 2 comments:

First tentative step on my 'Path to glory'


Sunday was a bit of a game fest with THREE games squeezed in!!

One of the three games was a taster game against Lee to see how 7th edition 'Path to Glory' would play out with 8th edition rules? 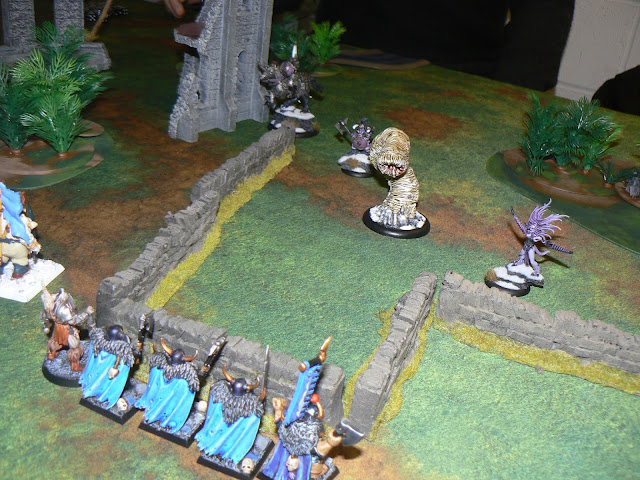 It turned out really, REALLY badly!!

What we found out was magic is massively overpowered for this type of skirmish game!! 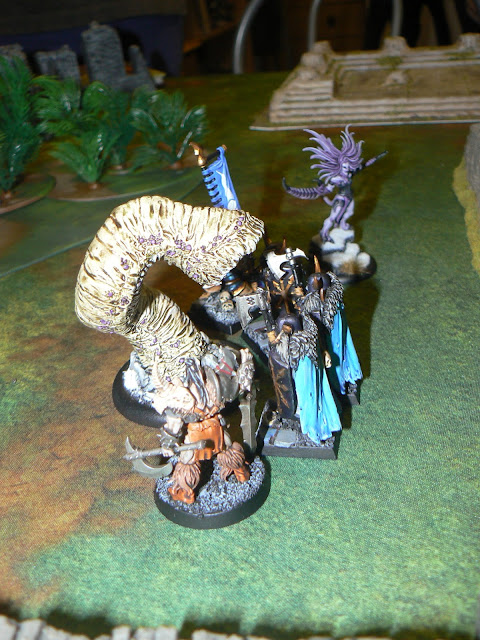 Basically my Pink Horror decimated Lee's warband before it blew itself to pieces.

Then my Ogre run down and killed his aspiring champion! 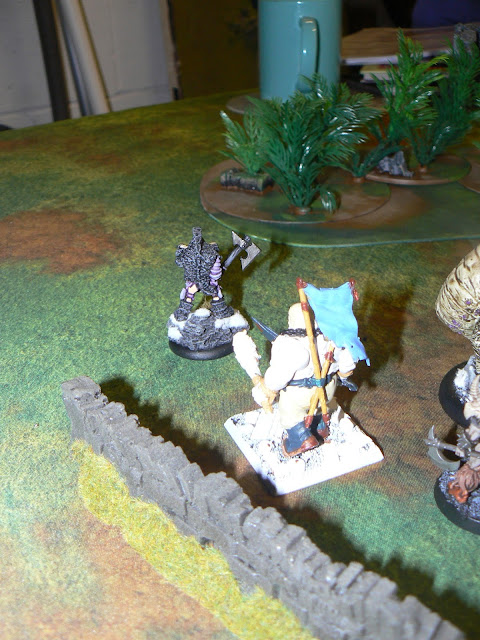 Well I am glad we found that out before we kick off for real next week.

Now plans are afoot to nerf magic (maybe revisiting 7th edition for that one!)

Looks like this is going to end up a real mish mash of rules but then again it is chaos!!

Daxio asked me to post a template of my Ogre army cards.