Frost Wars. . . . or playing Frostgrave and Star Wars in the same night.

Once again this Sunday I was in the envious position of having all my lesson planning done for the week!

This meant as soon as the kids were ready for bed I made a mad dash for the door, to drive as fast as the law (and many, MANY speed cameras) would allow to Horn Church to get some games in at the Essex Legion.

On arrival I found Lano giving demo games of Frostgrave and rather then walk back to the car for my miniatures I decided to take a seat at the table.

Lano had already set up the bands and I was givern this lot. . . . 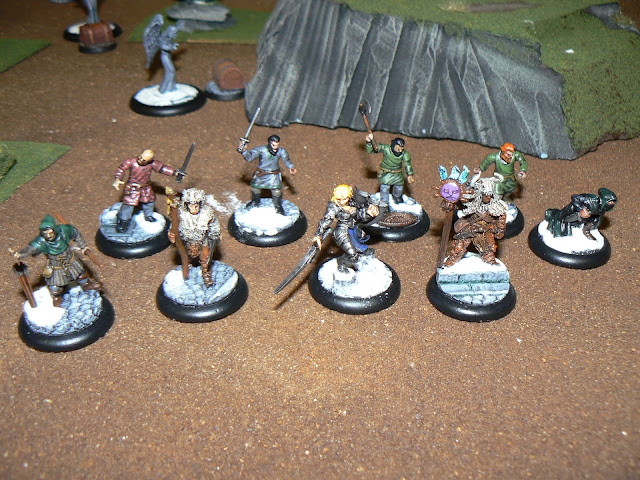 Next I picked some spells. 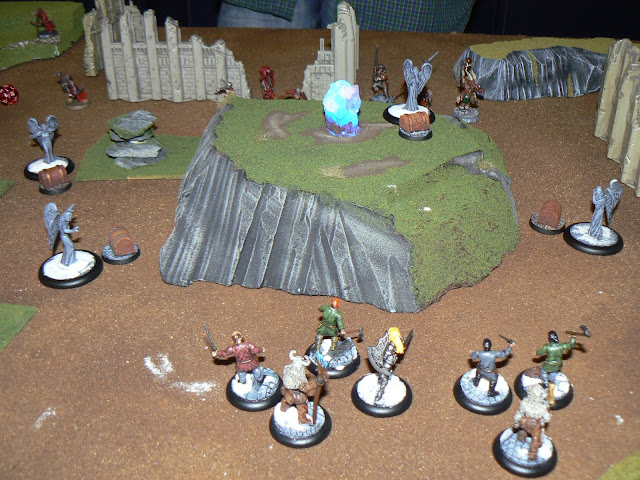 Lano charges his war band forward. I rush forward to head them off. 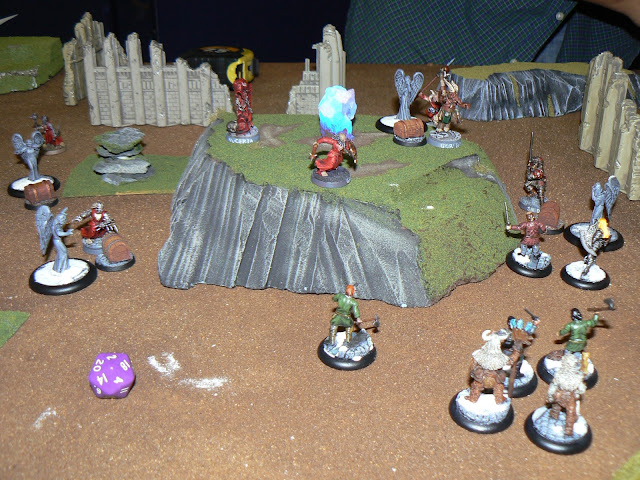 In a theme that will last the game I try to cast my first spell, completely fluff my lines and take a load of damage for my pains! 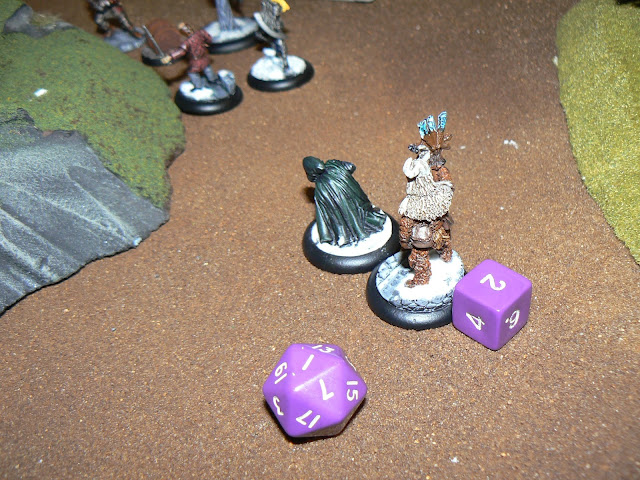 I decide to forget about the magic casting and just pitch in, mob handed. 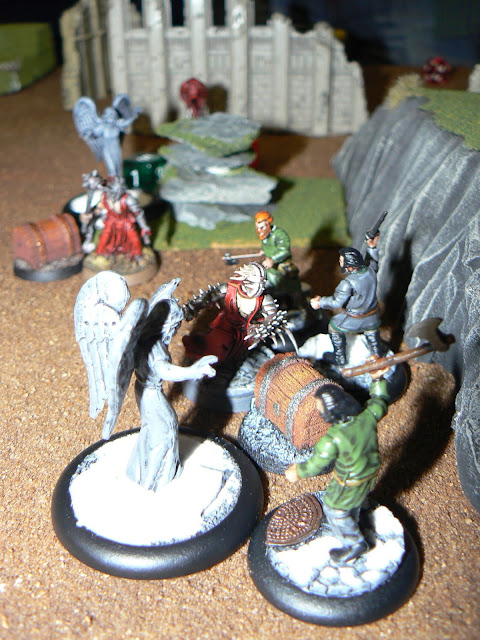 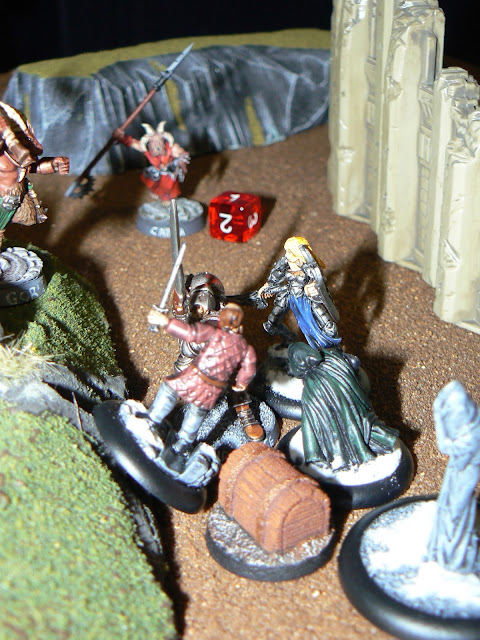 I manage to grab a couple of treasure chests and see off the statues. My Ranger tries to drop the fleeing mini but misses by a mile so has to content himself with hurling abuse at the fleeing enemy! 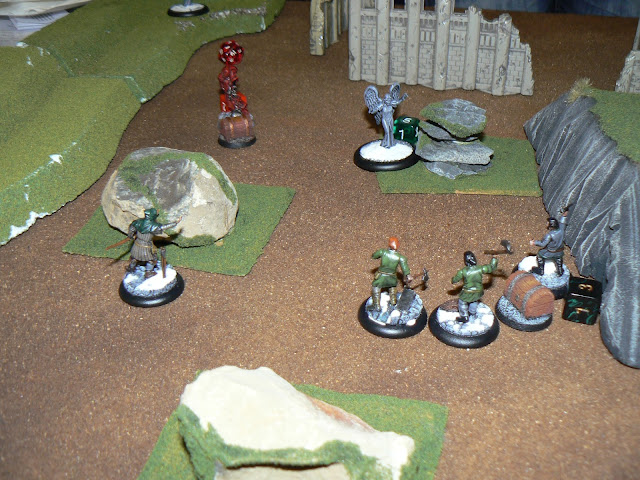 Feeling cocky I decide to have another pop at this spell casting lark. . . . . Yep shot myself in the foot again! 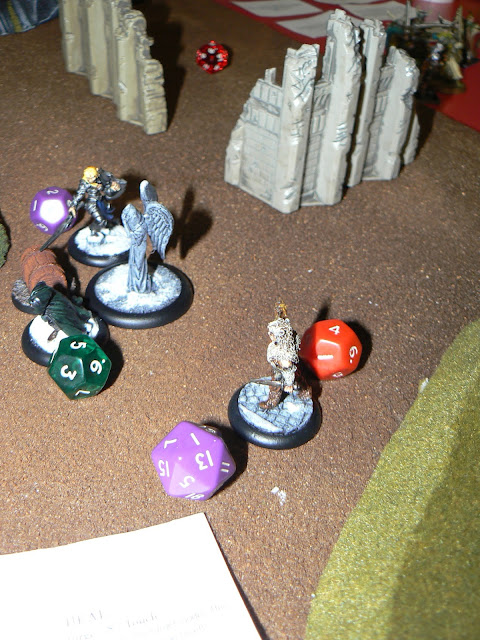 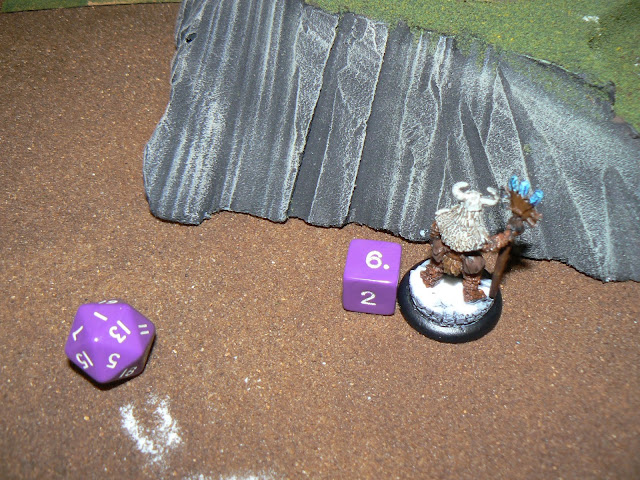 Despite all my self inflicted injuries I manage to clear the field and win the game. Blimey!

Verdict. It's alright but it's NOT Mordheim!

With over an hour to go until the shutters come down (and I still can't be bothered to get my mini's out of the car) I wander over to Macca and ask if I could have a quick game of Star Wars. The scene is set. . . . 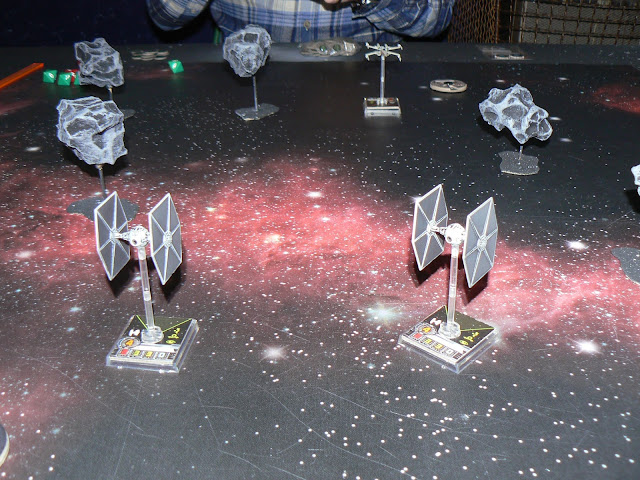 I am the Empire taking on the whinger Luke. "But I want to be a jedi! Whinge, whinge, whinge!"

Macca shoots forward on full boosters while I make a more measured approach. 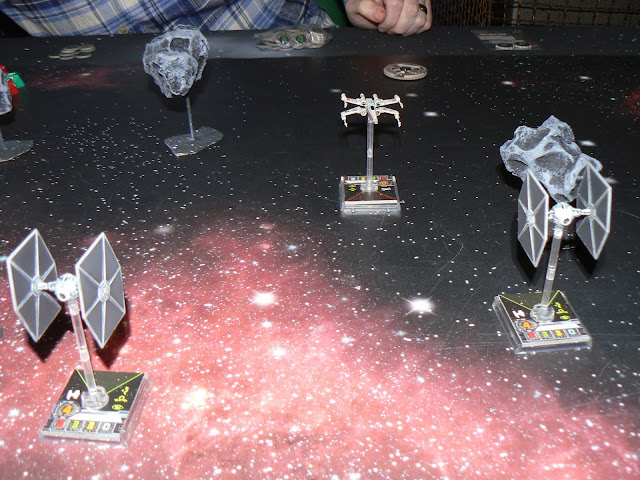 Luke opens up with both barrells and I answer in kind with my second TIE fighter. 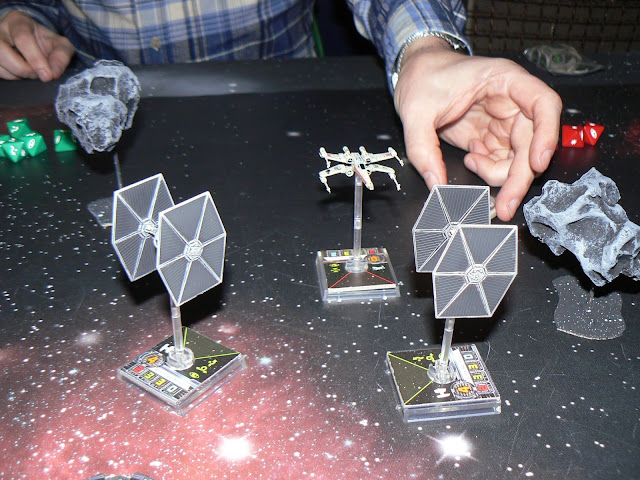 Macca has the bit between his teeth and ruthlessly chases down one TIE figher while I desperately try to get my second TIE fighter into a firing position. 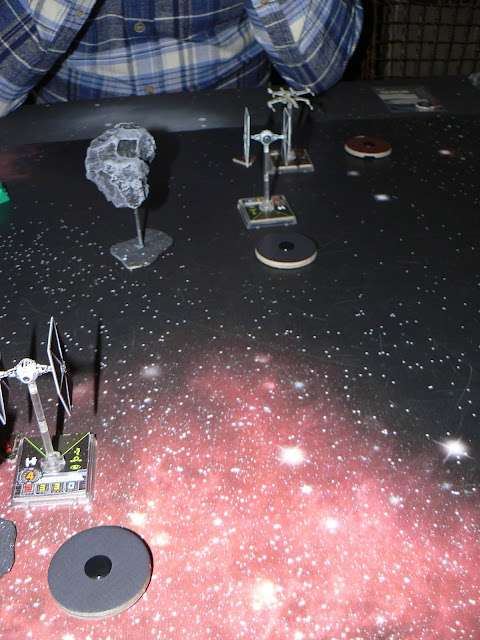 I lose my first TIE fighter and Macca and I scrape the paint off each others fighters as we desperately try to bring our guns to bear. 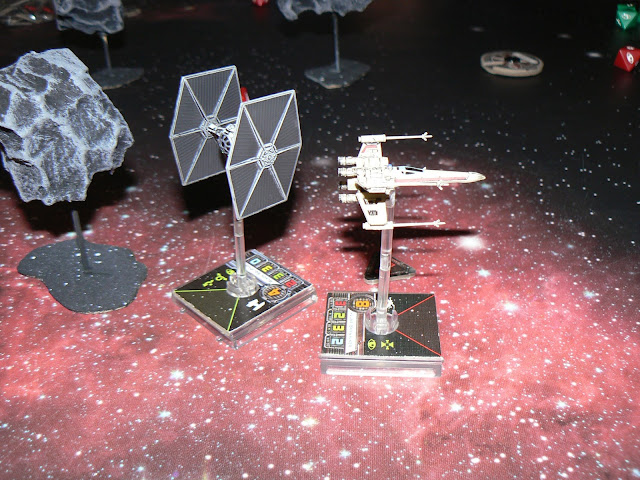 In a last gasp effort to sieze the initiative I go for broke and pull a high risk turn which JUST misses the passing asteroid AND loads my pilot with stress but it's enough to score some hits and Maccas desperate evasion sends him crashing into the passing asteroid! 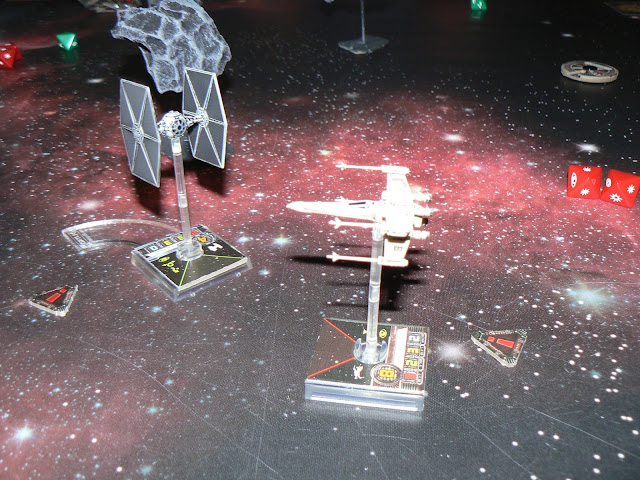 Verdict. A cool little game I will happily play again but I'm not enough of a fanboy to buy my own faction (I still cheer whenever a Ewok bites the dust in the battle of Endor).

As a sign of life here is some evidence of some actual painting! 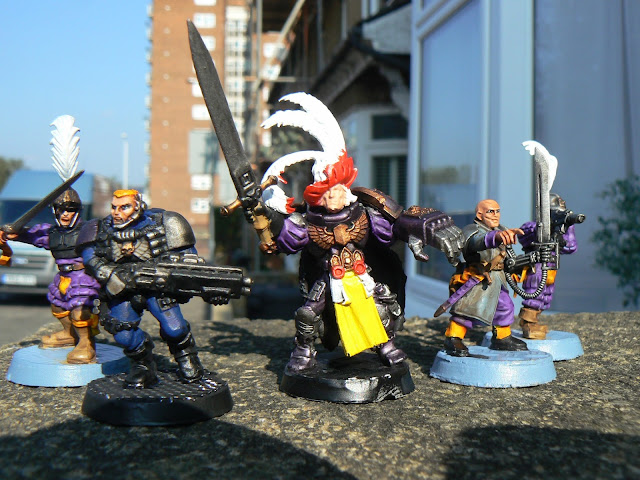 My painting output has dropped to single figures (i.e. ONE) but I have high hopes for October because

a) it's ORCtober
b) Inquisimunda kicks off this month and
c) I have a visit and table booked for Warhammer world this month and need to get a 40K kill team painted up!