So I have finally picked up the complete set of army books valid for 8th edition Warhammer Fantasy. 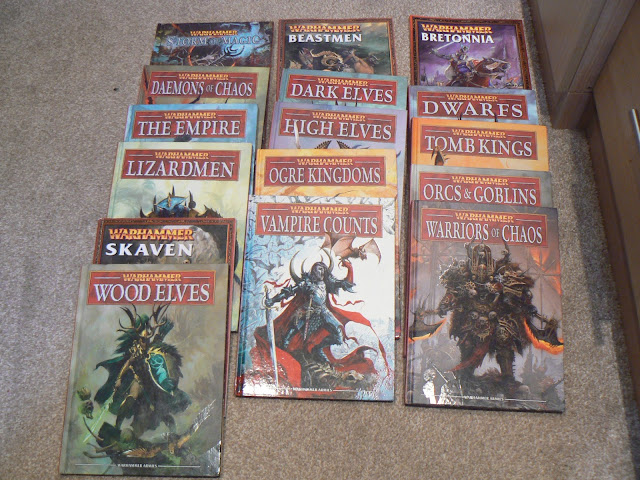 Loads of Regiments of Renown inspiration and I am LOVING the Beastmen fluff! Could another Warhammer fantasy army be on the cards?

For now I am just content to flick through the books and dream but there are loads of lovely little stories and scenarios tucked away in these pages.

I have also had a first on eBay.

I have actually sold a painted miniature!!! 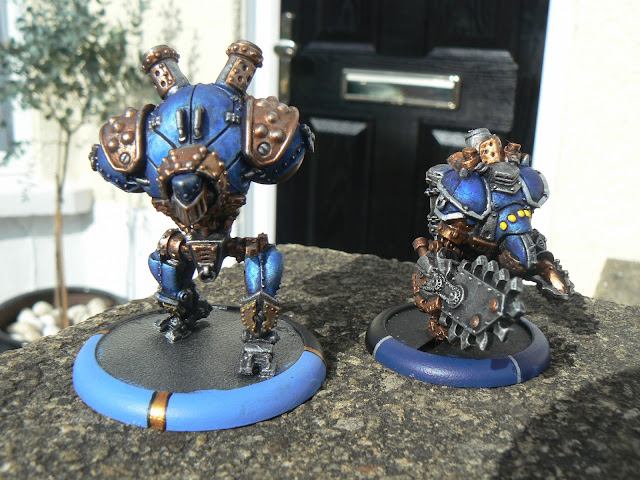 I had to be honest with myself and admit I am not going to invest in a load of Jacks to make my Cygnar army MK 3 viable and I still have my mercenaries, so all my Cygnar bits are going on eBay. The fella on the left sold in minutes and I do not miss him.

The following Warcaster is also currently listed and has several watchers so who knows he may be leaving Riotville soon? 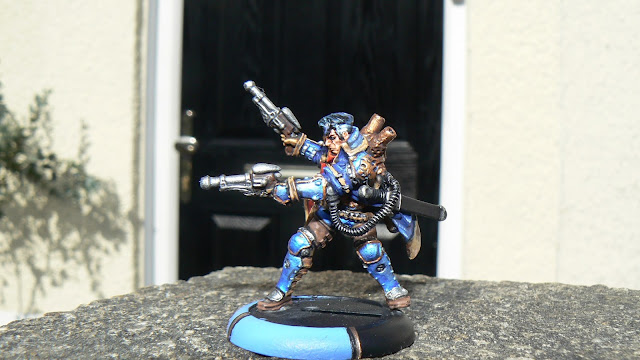 I had a cracking game of SAGA against Macca and his Irish warband last Thursday. Unfortunately I had forgotten my camera at work so no battle report, but it did give me a kick up the backside to finish off 5 Vikings to complete my 6 point army list. It ended badly for my Warlord when he was pulled down by a pack of Irish Wolfhounds, hopefully I will get my revenge later this week?


Miniatures painted / sold this year = 132 (silver tower does not count)