This Sunday Shaggy and I cracked open Dreadfane.

I was a bit miffed when I bought this in eBay and then GW released the warbands anyway.

I paid a little over the odds for it but now I have played it I am more then happy with my purchase.

More after the cut.

First thing which is new (apart from the one piece board) is the 'hazard' cards. 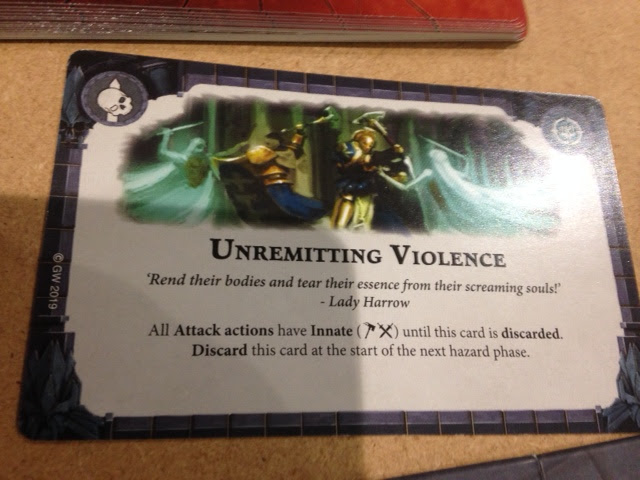 I'm not sure if the board is smaller but the action certainly seems a lot more 'in your face'. 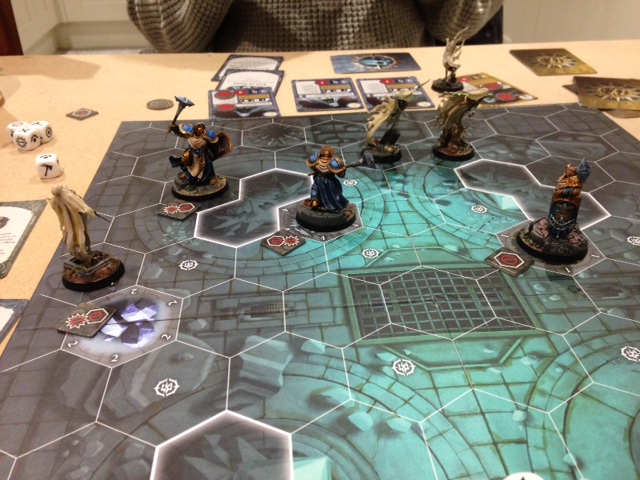 It was certainly a night of 'crits' or misses! 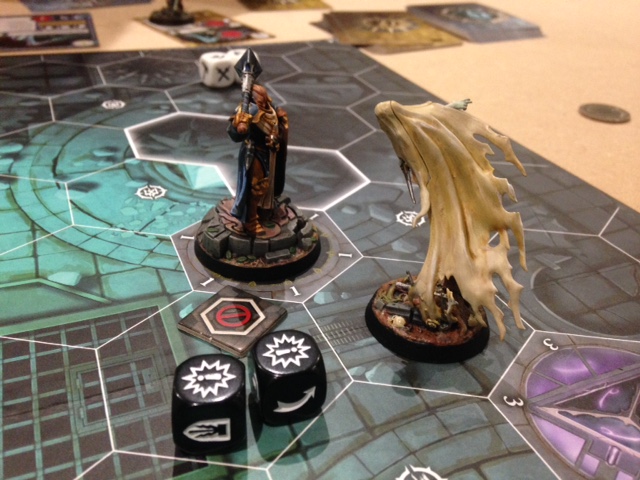 The hazard cards can really tip the balance.

I can imagine the 'Mournflight' being particularly filthy with some upgrades! 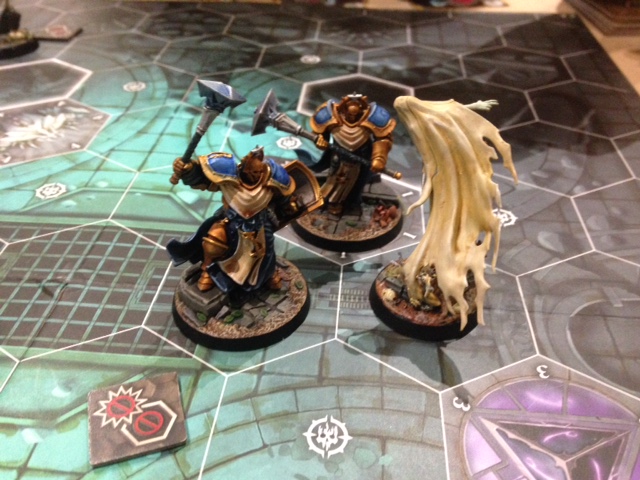 The miniatures are also posed well and paint up a dream! 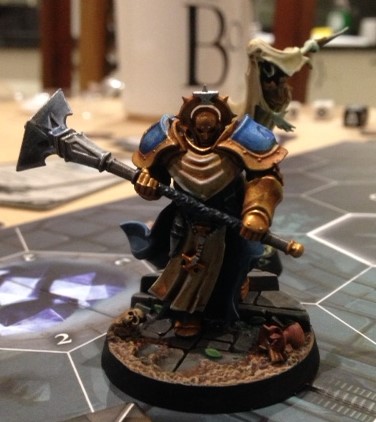 I do love the movement in the Mournflight. 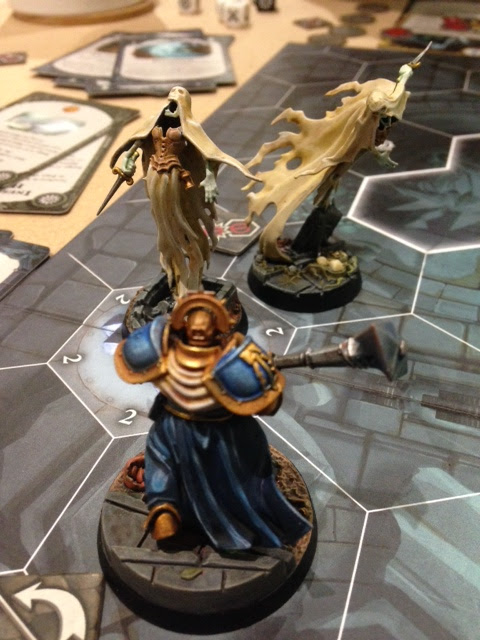 The game took 30 minutes from beginning to end. Part of this is due to our familiarity with the rules but even so this was quick! 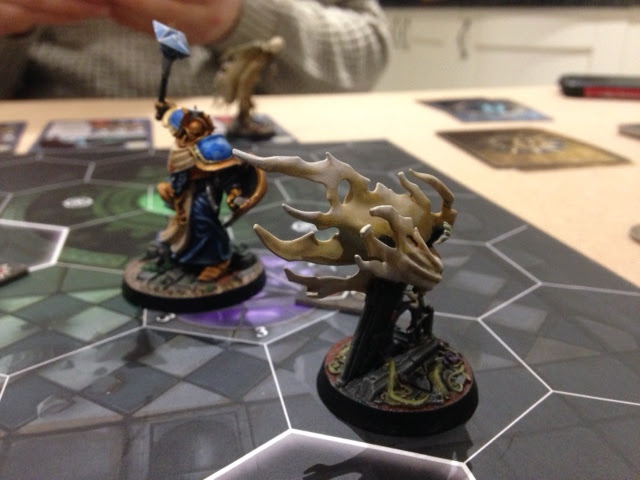 The Stormcasts usually get first turn and can kill a Basnshee a strike (if they hit), this made the Stormcast feel overpowered initially . . . . 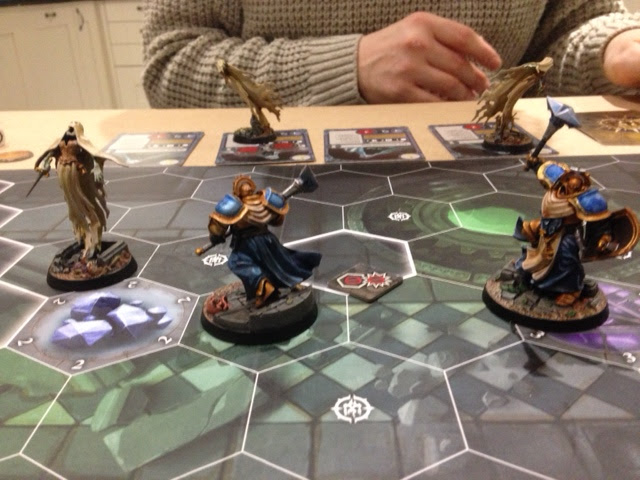 . . . .But the Mournflight are no slouches and as soon as the Condemnors loose a fighter they struggle to score objectives. 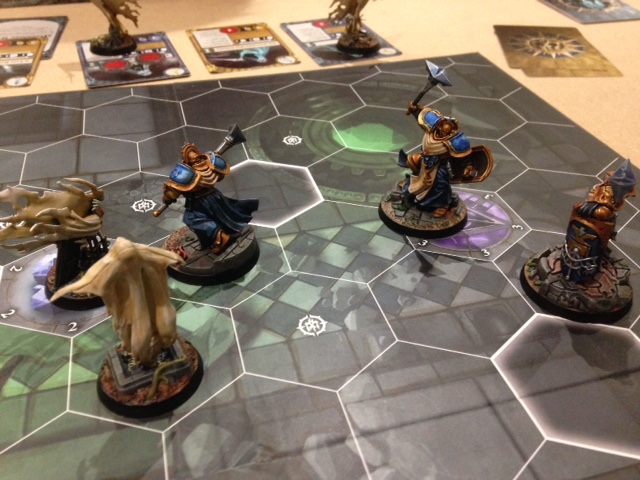 You can almost hear 'Lady Harrow' below laughing at my Stormcast when they missed this activation! 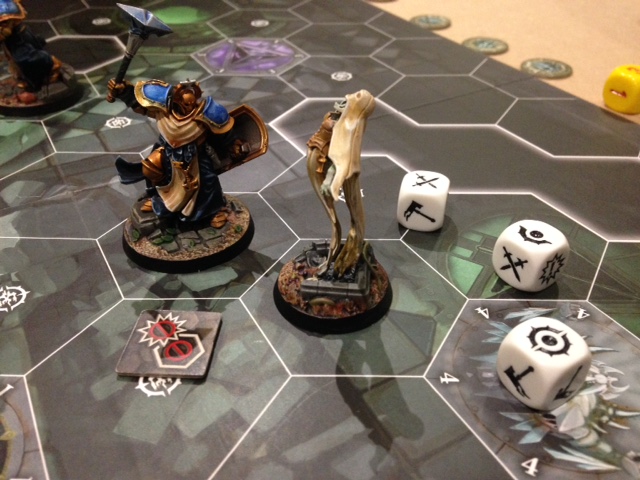 Shaggy took the next two games and the best of three.

A cracking game and expansion to the Underwords game in general.