Final warm up fight for Riotville. 1800 points of WHF 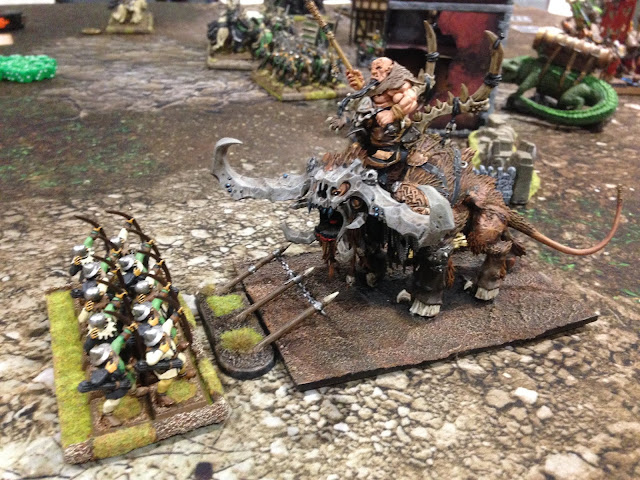 Lee's Bretonnians Vs my Ogres

The field is set 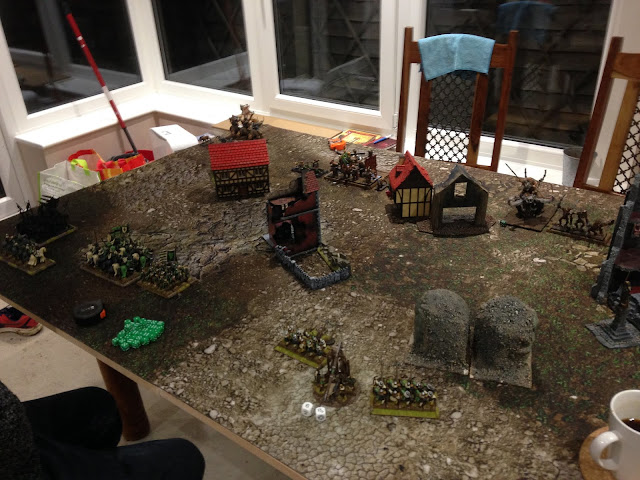 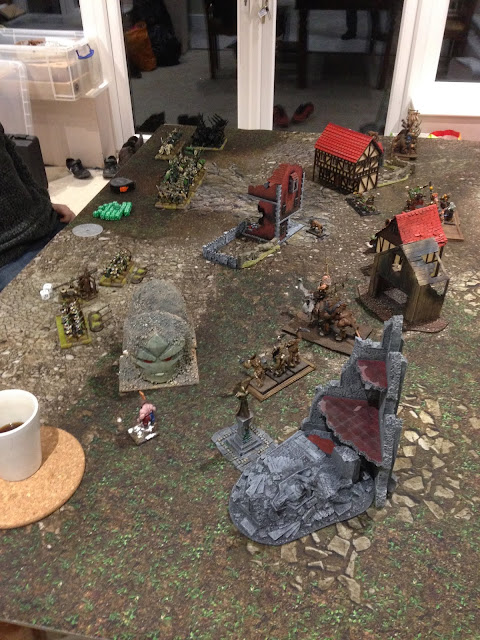 My Firebreather on a flying carpet (which just the thought of makes me smile) flies forward and blasts the archers with fireballs.

This causes the archers to flee. 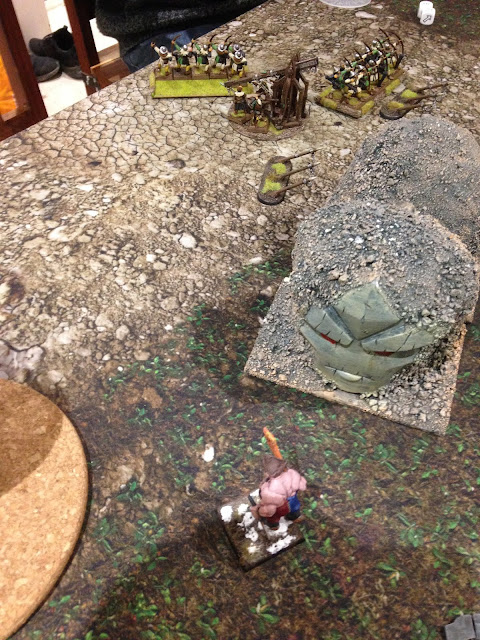 Lee and I were joking about the archers being told their stakes had been blessed by the Knights spitting on them. 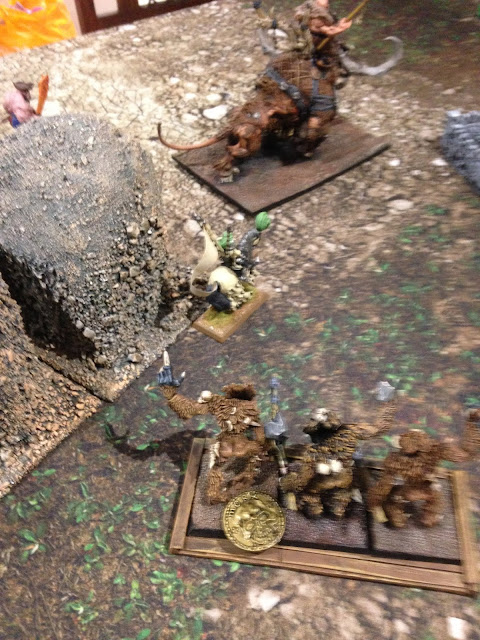 And the Knights charge!!!! 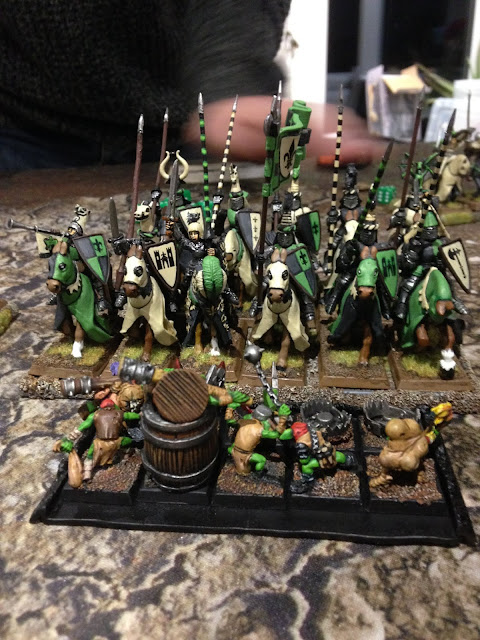 The Green Knight rides forward and makes a stand in front of the Stonehorn! 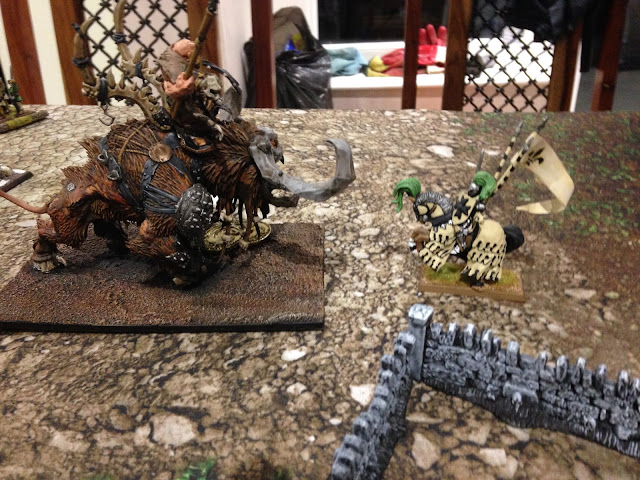 In my turn I am having none of this and simply have my Stonehorn march around him.

My Firebreather flies over and opens up with both barrels via magic spells! 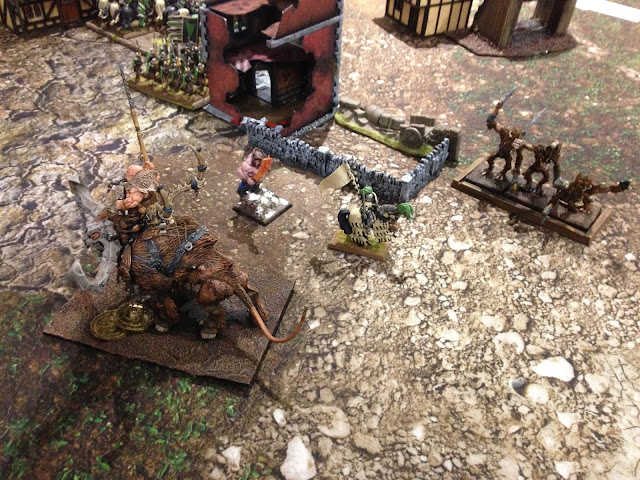 In the centre it all kicks off. 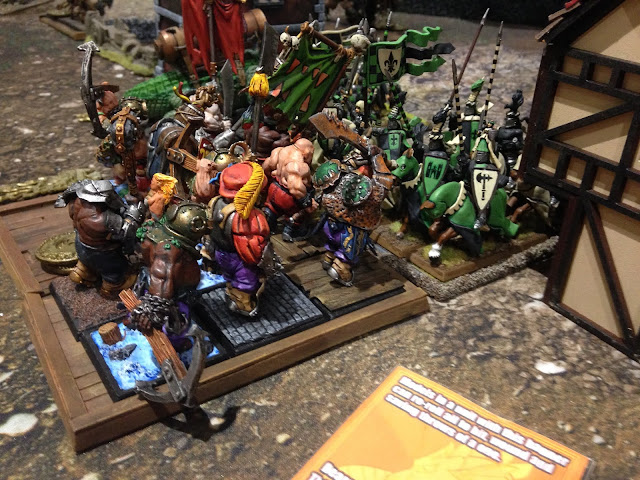 I even commit my Ironblaster to the fray. 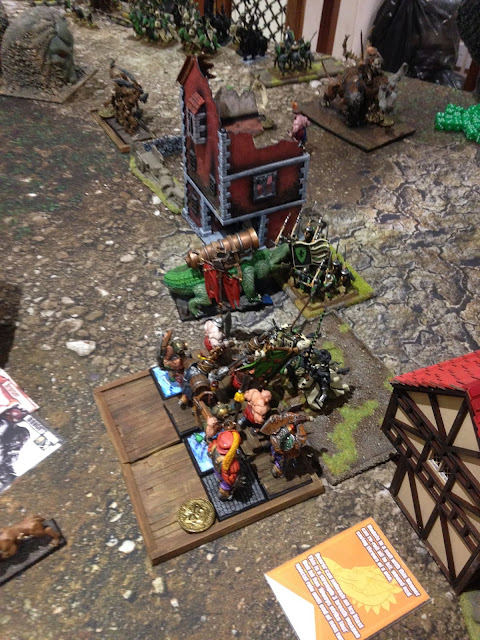 The Weakened Green Knight charges my Yhtee's. Fortunately for me my Yhtees have an ability which gives them magical attacks.

This proves enough to finish off the Knight! 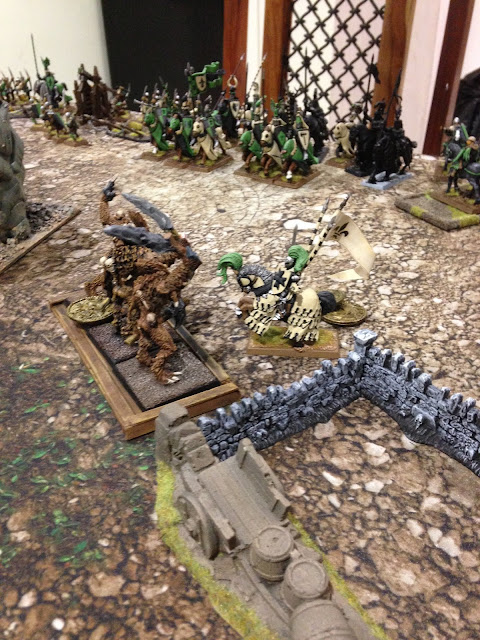 The swirling melee in the centre continues. 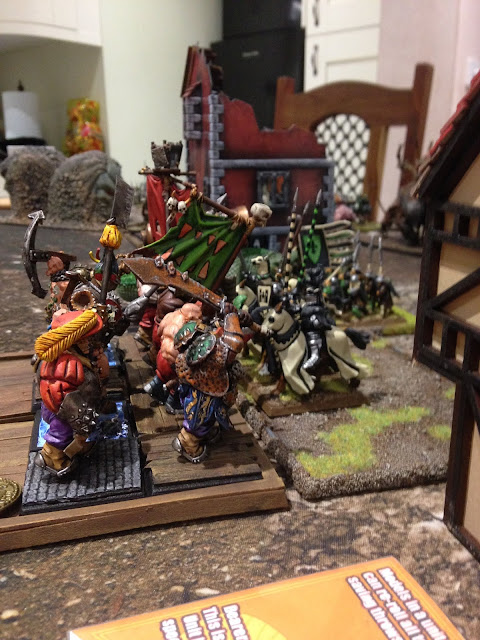 Then I get a little break.

Lee's men at arms cause my Ironblaster to flee, this has the Men at Atms over run into the combat with the Ironguts.

With absolute glee I have my Ironguts shift over so they can channel more attacks into the far inferior Men at Arms!


This allows me to absolutely decimate the Men at Arms and win the combat resolution.

The Knights are forced to take a moral check of double one. 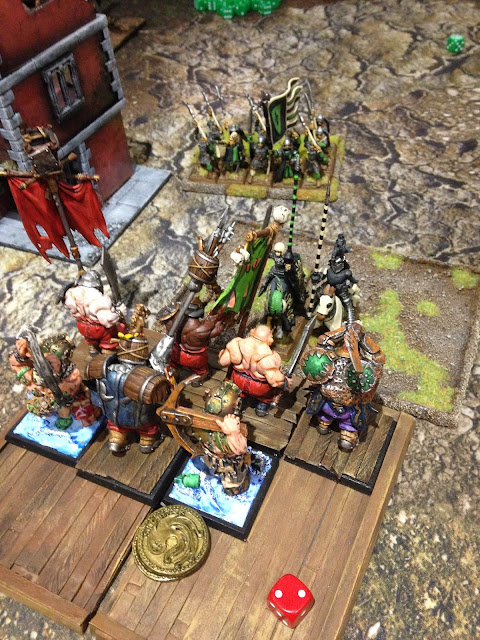 The Knights are pulled down as they turn to flee.

The Green returns but it's the sixth turn and the tattered remains of Lee's forces concede the field. 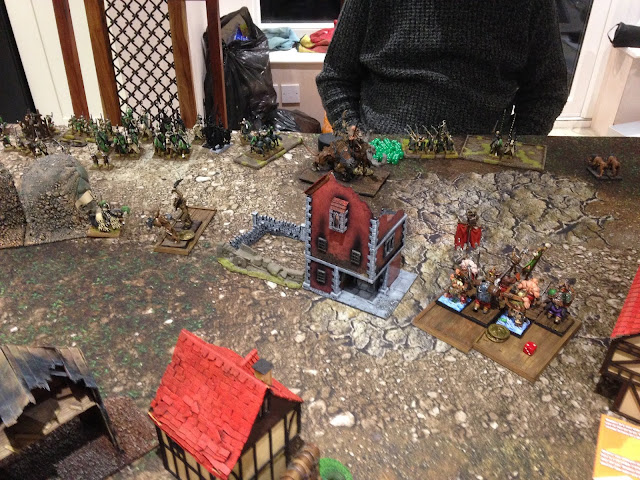 Well that was an absolute 'Blood and Thunder' affair between two hard charging forces.

I am pleased with how my units fared and I seem to have most bases cover with regards to my army composition.

At 1800 points there will always be weaknesses to be exploited by my opponent and while my Meatbus could be a bit OP in melee if they make it there intact they are very susceptible to spells and massed fire!

Hopefully no-one rolls 'Dwellers below' on the day 😌